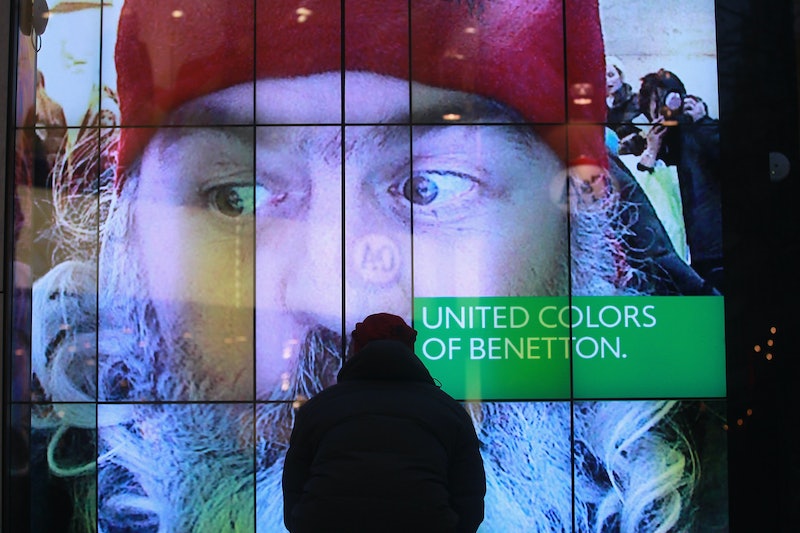 Fashion labels aren't exactly known for their activism, but we love a good "shopping for a cause" story. Partnering with the UN, United Colors of Benetton released an anti-violence against women advertisement that makes a truly powerful statement.

The 30 second commercial shows a woman kneeling in the center of a circle of men who stand menacingly around her, calling to mind the practice of stoning, a form of execution that is used as punishment (often for adultery) in countries such as Afghanistan, Iran, and Sudan. In the video, however, the men throw rose petals instead of stones. The final scene shows the words, "End violence against women now" flashing across the screen to really drive the message home.

According to the Daily Mail, the advertisement was created in honor of the UN's International Day for the Elimination of Violence Against Women. "We think of violence against women as a man hitting a woman, but it is also discrimination - a lack of equality. When men think we are better, that's the cause of everything," said Erik Ravelo, the creative director and artist behind the video.

And it works. The video is both chilling and beautiful. By twisting a haunting image usually associated with violence into a peaceful one, Ravelo has managed to twist the narrative into a hopeful message for the future. Check out the video below and visit unhatenews.com for more information.