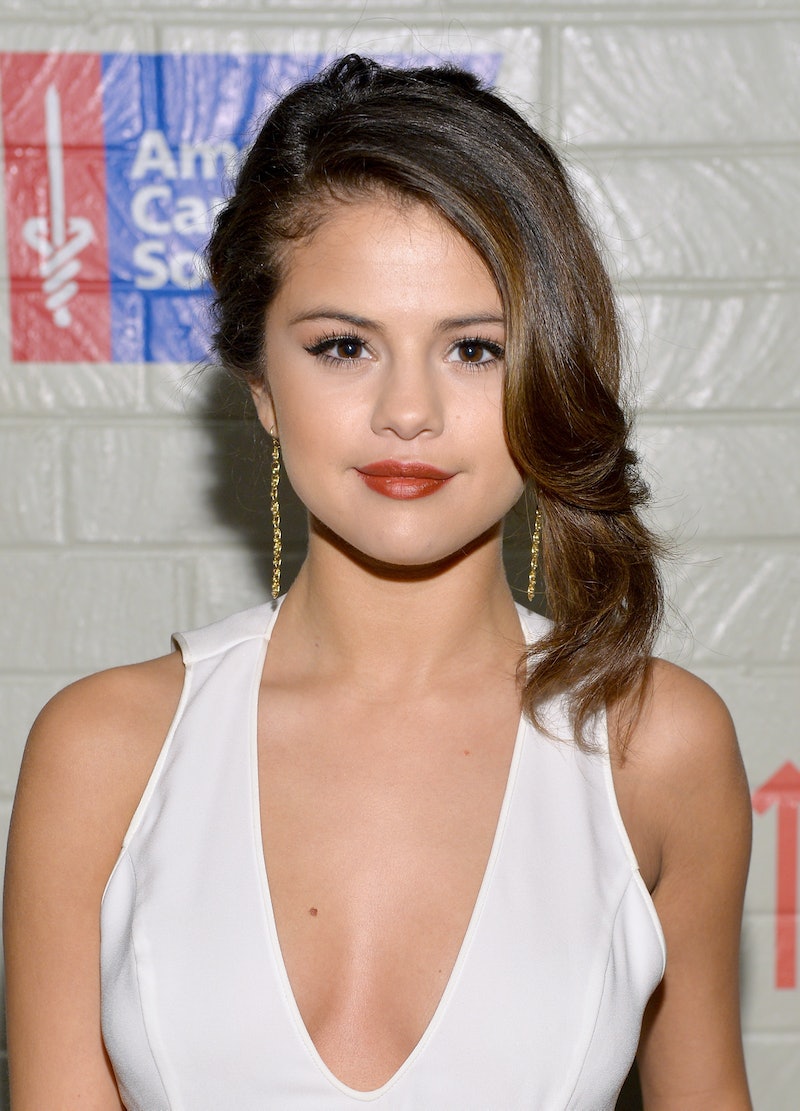 Let the talk and whispers begin, because another celebrity has emerged looking absolutely nothing like herself. Seriously, it makes the Reneé Zellweger controversy look not so, well, controversial. But don't worry, this one is only a wax figure. Madame Tussauds unveiled Selena Gomez's wax figure, and creepy doesn't even begin to describe it.

The 22-year-olds life size wax figure was revealed in Berlin, Germany, but it appears they may have mistaken the 22 for 32, because she looks at least ten years older than she actually is. With a powdery, washed-out complexion (where is her signature bronzed glow, guys?) Gomez looks just somewhat...off. And the heavy eyeshadow isn't helping her look anymore youthful, either.

The figure is posed with one hand on her hip and a microphone in the other, in a sheer white crop top and black, leather booty shorts. It's an outfit Selena has worn before at a gig in London, so they at least got that part right, but the face is just eerie. I suppose if she wanted a hint as to what she will look like in ten years, she's got it, though I have a feeling the beautiful brunette will age a lot better than this wax figure.