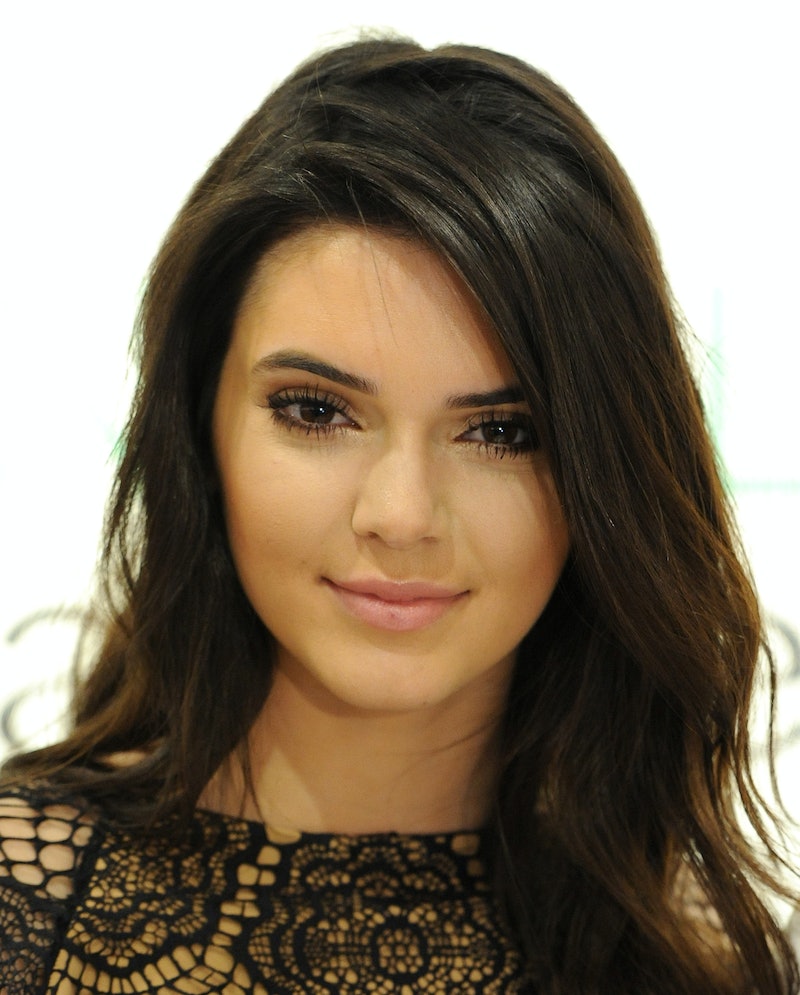 In Mean Girls, Regina George ruled as Queen Bee. She was pretty and rich with a mother who vicariously lived through her daughter's teenage life. Her status allowed her to say and do as she pleased, and if you ever burned her (or you didn't), she and her band of Plastics took to their infamous Burn Book to spill their rather bleak thoughts about those who just didn't compare to their pompous glory. However, when Regina George finally felt the scorching of her own burns, she took to the Burn Book herself, and although movie viewers saw it as a conniving attempt to get back at the group that she had created and was kicked out of, it spoke to the inner defeat that people at the top might actually go through. In her latest video with Dazed, Kendall Jenner recreates her own Burn Book with the countless comments consistently thrown her way.

In the video, Jenner takes to a big pink book, reminiscent of the one written in by the Plastics, and writes down the most common and/or popular comments slurred at her. There's the one about her hair being insured, another about her being nothing special, and another that says that her niece, North West, could read better than her. The comments go on and on, but what's most striking is the rawness that Jenner reveals in the video: she appears to be sans makeup, donning damp hair, and wearing only a t-shirt and shorts. What would have been simply poking fun and paying homage to Mean Girls, can instead be viewed as a retrospective reflection of the internet trolling thrown at celebrities.

It's clear that haters are always going to hate, trolls are going to troll, and celebrities are going to continue to rank in the big bucks regardless of it all. But, in considering that they, too, are humans, one wonders how they are able to deal with the negativity that, at some point, has to have an effect on them. One has to wonder if it saddens Beyoncé and Jay Z when people fervently share their disgust with Blue Ivy's hair. Or, how Lena Dunham is emotionally healing from the sexual abuse allegations thrown at her. Or, how Renee Zellweger copes with the backlash received from her plastic surgery.

Even Jimmy Kimmel addressed the issue, albeit humorously, when he featured a slew of celebrities reading negative tweets that they're often mentioned in. Sure, at times they might be able to laugh it off, but sometimes, like Kendall Jenner, they might just have to let it out.