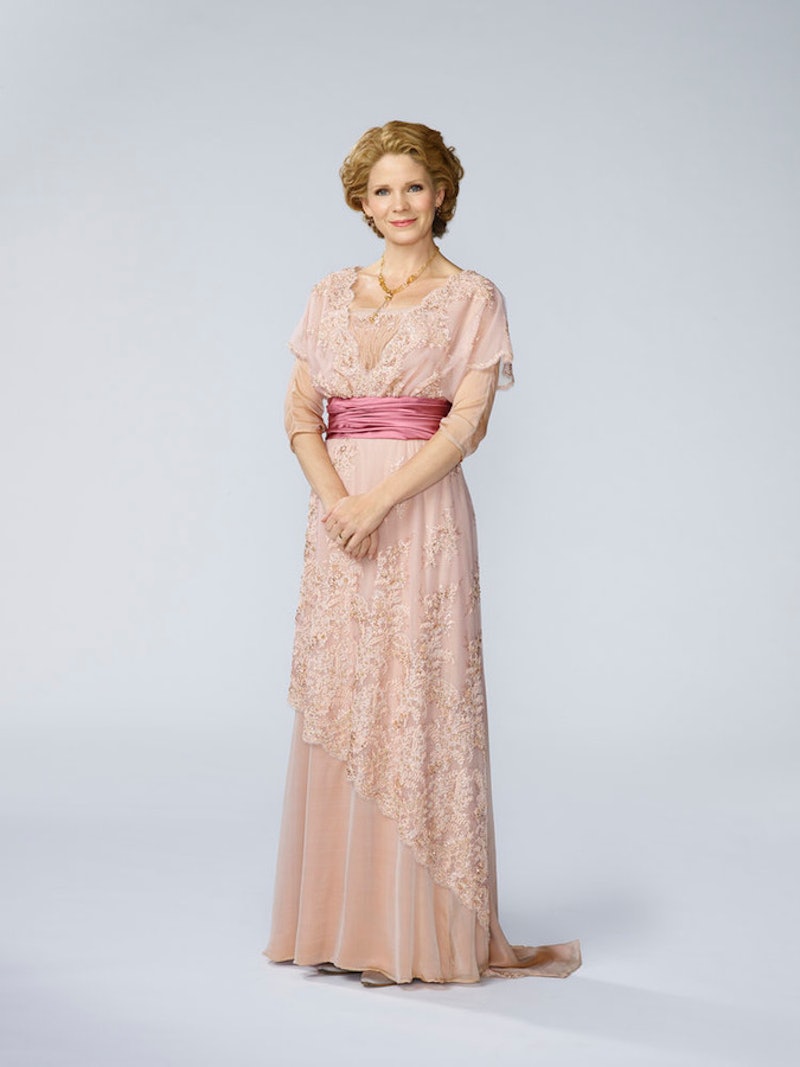 NBC is bringing the musical back — again — to the small screen with its live broadcast of Peter Pan Live! premiering Thursday night. Just like with last year's Sound of Music Live! on the network, it's only natural to fill the cast of the live family-friendly extravaganza with Broadway actors. After all, the Peter Pan Live! sound stage in Long Island, NY isn't all that far away from New York City. Broadway veteran and Sound of Music Live! alum Christian Borle will play two roles this year: Mr. Darling and Smee, Captain Hook's right hand man. And Mrs. Darling is played by Tony Award nominated actress Kelli O'Hara.

You may best know the Oklahoma native from her roles on the Great White Way, which have included The Bridges of Madison County, The Pajama Game, The Light in the Piazza, Nice Work If You Can Get It, and more. The 38-year-old stage actress has also recorded two albums of music: 2008's Wonder of the World (which was arranged by Harry Connick Jr.) and Always in 2011. Her voice is even the envy of Peter Pan Live! star Allison Williams, who plays Peter. "Every single voice teacher I’ve ever gone to, I’ve said, 'The voice I want is Kelli O’Hara’s,'" Williams told Broadway.com. "She’s everything to me. I’ve seen her in every Broadway show she’s ever been in. I’m a superfan. I’m trying not to freak her out."

Here are distinguished Broadway lady's best projects, which you should definitely check out before watching Peter Pan Live!

The Light in the Piazza

O'Hara's first Tony nod came from her featured role as the emotionally stunted Clara in this 2005 Broadway musical performed at the Theater at Lincoln Center. Glee's Matthew Morrison plays Fabrizio Naccarelli, the young Italian stud Clara falls for while spending the summer in Italy with her mother.

The Bridges of Madison County

If Hollywood can reboot every old movie and turn board games into movies, then Broadway certainly can make all the movies it wants into musicals. Ever imagined the devastatingly romantic book and 1995 film The Bridges of Madison County, starring Meryl Streep and Clint Eastwood, as a musical? Nope, me neither, but it happened earlier this year.

O'Hara stepped into Streep's role as Francesca Johnson , a married woman in rural Iowa who falls for National Geograpic photographer Robert Kincaid (played by Steven Pasquale). Her performance got her a fifth Tony nomination.

Broadway and TV aren't enough for O'Hara — next, the actress will tackle opera. While also working on Peter Pan Live!, O'Hara's been rehearsing for her role as Valencienne in Lehár’s operetta directed by Susan Stroman (The Producers, Oklahoma!, Contact). O'Hara stars alongside opera legend Renée Fleming and Nathan Gunn.

The Merry Widow will open at the Metropolitan Opera in NYC on Dec. 31 and then continue with select dates in 2015. O'Hara will perform through January 2015, before Susan Graham takes over the part.