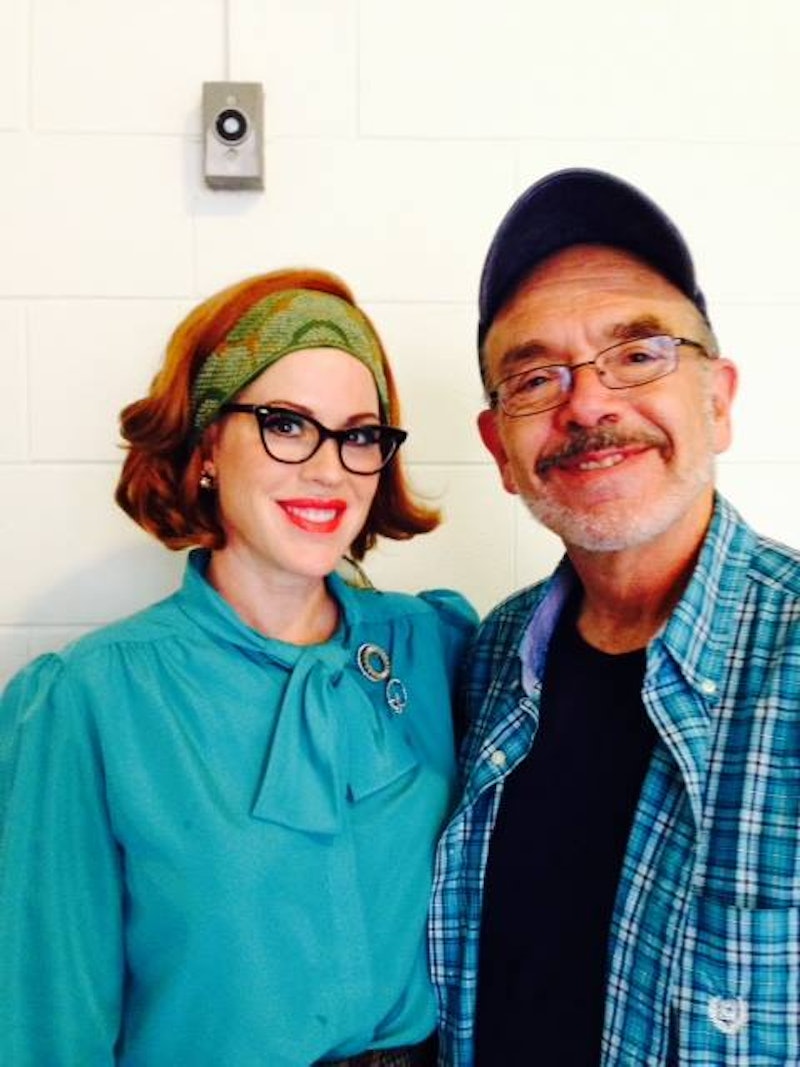 It's been a banner year for seeing beloved books come to life. In 2014 alone, author John Green's The Fault in Our Stars became the new teen love story box office sensation, Veronica Roth's Divergent made a splash on the big screen in the spring, and first half of the third Hunger Games book-turned-movie Mockingjay is currently dominating theaters. Bestsellers becoming films is not an uncommon trend at all, but sometimes it takes Hollywood some time to get to certain books and authors. Wishin and Hopin' , premiering on Saturday night on Lifetime, is the first book-to-movie adaption for author Wally Lamb, but he's has been a bestseller since 1992.

Lamb is not just an author and writer, though. He's also a creative writing teacher and has taught in a prison. However Wishin' and Hopin' is a light-hearted Christmas comedy that takes place during 1964 in the author's home state of Connecticut. The holiday tale follows Felix Funicello, a 10-year-old who learns a lot about love and life from his Catholic school's Christmas pageant, an embarrassing TV appearance, and his famous cousin Annette Funicello.

Here's what you should know about the man who created Felix, Wally Lamb.

Oprah Gave Him His Big Break

The 64-year-old author got his big break the way many novel writers in the '90s did — his 1992 debut novel She's Come Undone was an Oprah's Book Club selection in 1996. Three other bestsellers followed for the novelist — I Know This Much is True, The Hour I First Believed, and Wishin' and Hopin' — and the movie rights to some have been sold, but for some reason or another, his work hasn't made it to the screen until now.

Wishin' and Hopin' is actually a departure for the author, who tends to write about darker subjects, like rape, obesity, schizophrenia, and the 1999 Columbine High School shooting. “I wanted to try to remind myself that you can walk on the sunny side of the street,” he told the University of Connecticut Today regarding him writing the novella.

He's a Teacher & Has Taught in a Prison

Since 1999, Lamb has run a writing program at the York Correctional Institute, a women's prison in Connecticut. From the program, he has edited two collections of writing produced by the inmates: Couldn't Keep It to Myself: Testimonies from Our Imprisoned Sisters and I'll Fly Away: Further Testimonies from the Women of York Prison.

His Former Student Made The Movie Happen

Talk about a student appreciating his teacher — one of Lamb's former students at Norwich Free Academy grew up to be Andrew Gernhard, president of horror film production company Synthetic Cinema. But Gernhard wanted to take a chance and he approached his former teacher with an idea for Wishin' and Hopin'. Lamb is also executive producing the film.

“I wanted to take a leap of faith with this company, not only because it’s a Connecticut company and because I had personal connections with the producer, but also I wanted to see what moviemaking was like,” Lamb told UConn Today. “I wanted to study the process, and they invited me into that process.”