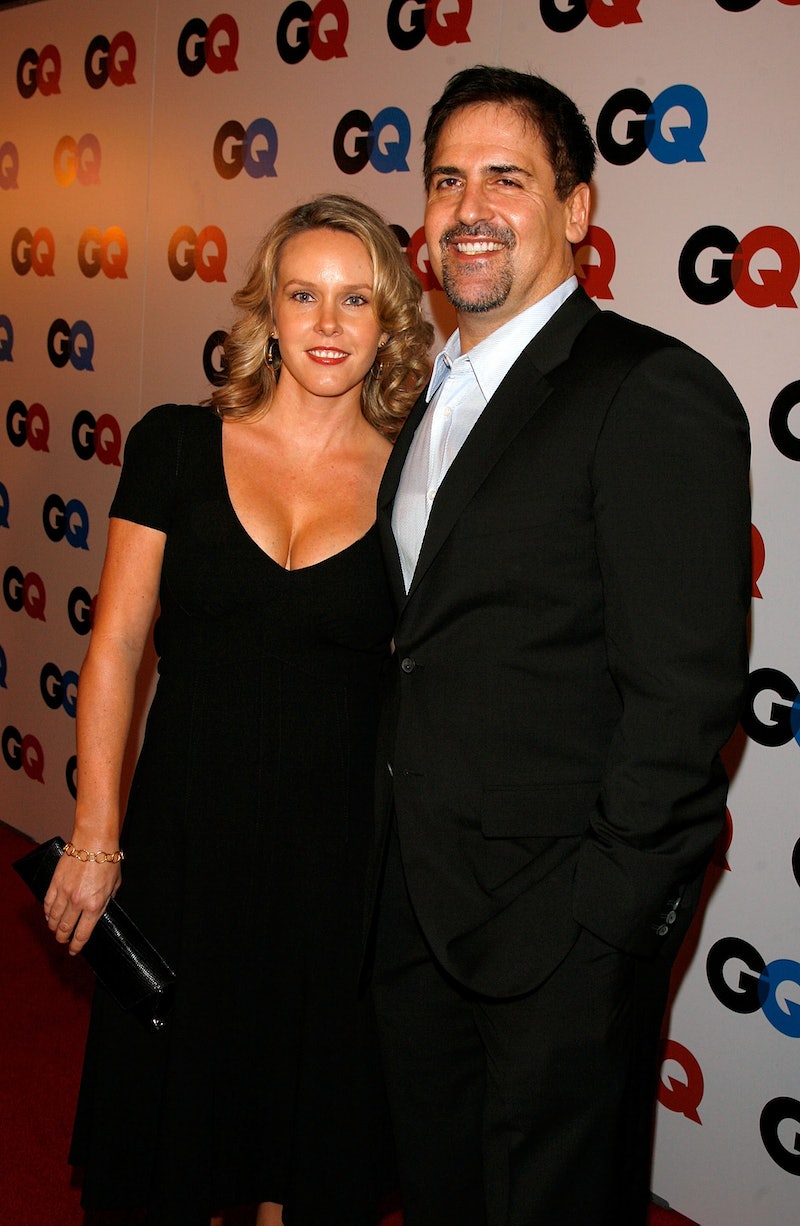 The life of a Shark Wife is a mysterious one. The pros on Shark Tank may reference their families and whether or not they’d buy the products being presented, but the show is all business — you never get to see the Sharks in their natural habitat, at home. It’s enough to arouse curiosity. So, we’ll peek behind the curtain at one of them: Who is Mark Cuban’s wife, and what is their life like?

The couple met at a pretty unglamorous place for a bazillionaire and an executive: They met at the gym, according to Forbes. (I always thought people like that met over expensive cocktails at bars with dark mahogany wood and brass fixtures.) They dated for about five years before getting married in 2002.

Their wedding was similarly low-key. They got married in front of just 20 guests, only close friends and family, on the beach in Barbados. Event planner Russell Holloway told the Associated Press, "It was a very traditional, very elegant, beautiful wedding and reception.''

So, she’s no Bridezilla, but is Stewart as chill in the rest of their day-to-day lives? Here are a few things to know about her.

She’s 14 Years Younger Than He Is

It’s true that couples who have an age gap don’t always appreciate it when the difference is brought up over, and over, and over again. But that didn’t stop the New York Times , Forbes , Heavy , (and, I guess, now, me) from pointing it out anyway. But the couple has been dating since 1997 and married since 2002, so the decade-plus age difference doesn’t seem to get in the way at all.

The Billionaire Lifestyle Took Some Getting Used To

Before they were married, the New York Times profiled Cuban and Stewart, and she admitted she wasn’t quite used to the ultra-wealthy life (and the great, big, giant mansion that comes with it). “Stewart still drives a Honda to her sales job at an ad agency,” the paper wrote in 2000. “She does not like coming home to the chateau. They are middle-class people, she says, and the house is ‘impractical’ and she would not have bought it.” The paper went on to quote Cuban as saying marriage for the couple was “unforeseeable,” so much has changed since that profile. It’s possible she feels right at home in the manse now.

The Cubans have three kids: Alexis, 10; Alyssa, 7; and Jake, 4. You might think with all their wealth that they’d be raised by the finest au pairs in the world, but that’s not the case. Cuban told Business Insider that he and Stewart are very involved with parenting. “We have a nanny,” he says. “Unless it’s the night of a Mavs game and Tiff and I are going to a game, then they’re out by 6 or 7 and then it’s real world. On the weekends we have someone in the morning so Tiff and I go workout Saturday mornings. Then the rest of the weekend it’s just us. It’s us putting them to bed. It’s us at dinner. We try to be as normal as possible."

Pretty low-maintenance for the wife of a Shark, right?