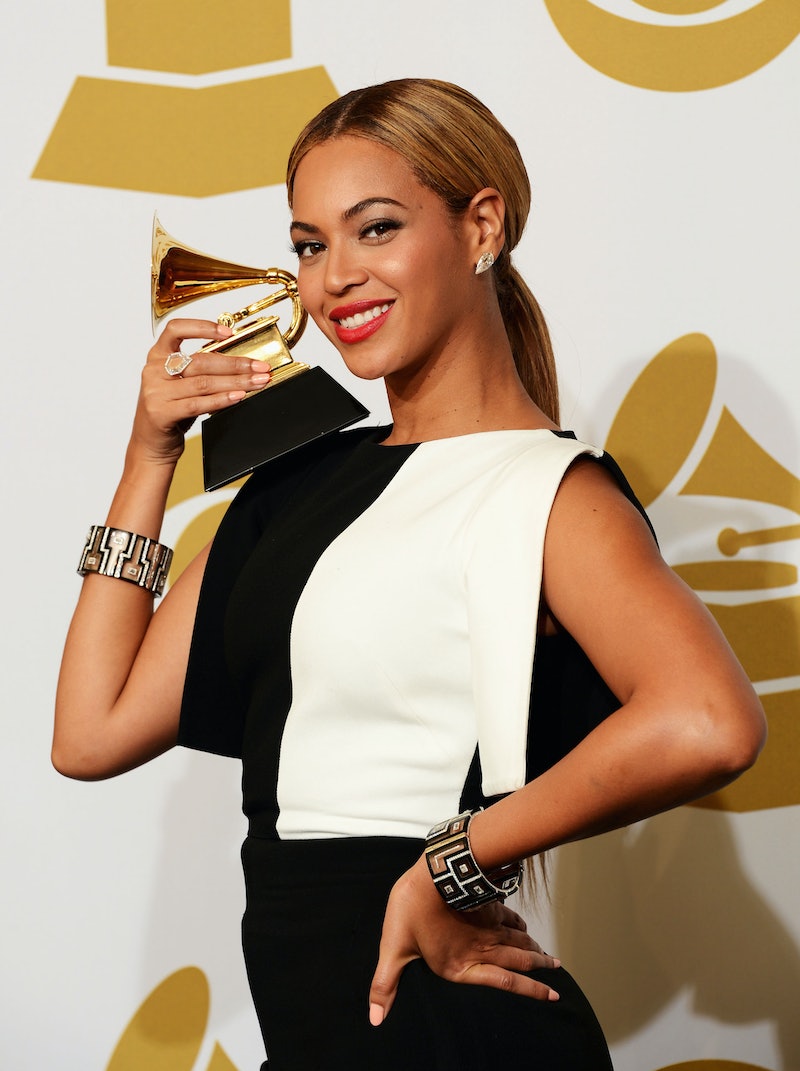 The 2015 Grammy season is almost upon us! The nominees for the 57th Annual Grammy Awards will be announced in all categories — except for Album of the Year — on the morning of Friday, Dec. 5. The Album of the Year nominees will be revealed separately on Friday evening during a one-hour special on CBS called A Very Grammy Christmas. Each year after Grammy nominations are unveiled, I see music fans asking online: "What's the difference between Album of the Year, Record of the Year, and Song of the Year? Aren't those three categories kind of the same?" Those are really good questions! Don't worry — I have answers.

Record of the Year

Record of the Year is a performance and production award. As the Grammys website explains, the "category recognizes the artist’s performance as well as the overall contributions of the producer(s), recording engineer(s) and/or mixer(s) if other than the artist." For instance, in January, when Daft Punk's "Get Lucky" won Record of the Year, Daft Punk (Thomas Bangalter and Guy-Manuel de Homem-Christo), Pharrell Williams, and Nile Rodgers all received the award as performing artists. Daft Punk produced the song themselves, but they had help from six different engineers/mixers — these six people also received the award.

Song of the Year

So, there you have it! Those are the differences between Album of the Year, Record of the Year, and Song of the Year. Pretty simple, right? Now you can impress your friends on Grammy night with your extensive category knowledge (probably not, but maybe)!

More like this
Everything To Know About Taylor Swift’s 10th Studio Album, 'Midnights'
By Grace Wehniainen and Jake Viswanath
Kesha Is Down To Be The Next Bachelorette
By Jake Viswanath
Dan Levy Appears In The Latest Teaser For The Weeknd's HBO Series, 'The Idol'
By Jake Viswanath
Tove Lo Is Still Crying On The Dance Floor
By Ivana Rihter
Get Even More From Bustle — Sign Up For The Newsletter