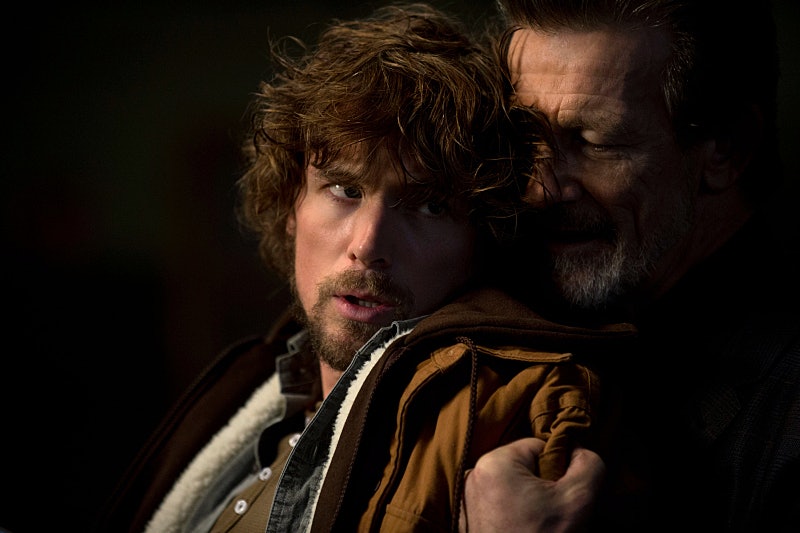 Is it just me, or does Hallmark's The Christmas Secret seem like it was manufactured in a lab to make sure it has every element of the perfect Christmas story? There's a down-on-her-luck woman in need of a holiday miracle. There's an enchanted object — a locket that supposedly brings good luck to the wearer. There are warm, friendly, mom-and-pop store owners. There are missed connections and, of course, family secrets to be uncovered. And to top it all off, there's a blossoming romance with a handsome, blue-eyed stranger (the grandson of said mom-and-pop store owners). That all sounds like classic Christmas stuff, but that love interest looks all too familiar: Where have you seen The Christmas Secret 's John Reardon before?

If you know you've seen Reardon but can't quite place him, chances are you've been watching some kind of Canadian television. The Nova Scotia native has had roles on American shows like The Killing and Supernatural, along with a couple of parts in Hollywood movies like Tron: Legacy (and, uh, White Chicks). But his biggest roles have been with the good ol' CBC, the Canadian Broadcast Company.

Whether or not you're a fan of TV shows from Up North, here's everything you need to know about John Reardon.

His Longest Role Was on Continuum

His cameo may have made Supernatural fans jolt out of bed, but Continuum fans know of Reardon as Greg Cameron, Kiera's husband. It makes sense, because, you know, Canada. Actually, Canadians probably know of Reardon from a show called Arctic Air — a show that didn't make it south of the border — where he had a role that didn't require him to appear only in flashbacks. Reardon told Crave Online that appearing in Arctic Air and Continuum simultaneously wasn't as much of a feat as it seems. "There are actually four cast members who work on both Arctic Air and Continuum," he says. "For the last few years, since both shows shoot in Vancouver, we have gone from finishing filming on Arctic Air to starting Continuum a month later. It makes the transition really smooth when you recognize and love everyone you work with on the two sets." Awww. Unfortunately, the lovefest had to end: Arctic Air was canceled in March, and there's no word yet on whether Continuum will be renewed.

But Reardon Didn't Train for the CBC

Reardon's training is actually much more varied than you'd guess. He actually studied Shakespeare at the Royal Academy of Dramatic Art in London. Sounds like a super-serious dude, right? Wrong again. He also honed his improv comedy chops with the famed Second City. No word on whether or not The Christmas Secret is going to require an ability to ad-lib a line or articulate verse in iambic pentameter, but he can do it if the need arises.

Actually, Acting Was Plan B Altogether

It may shock you to learn that Plan A was football. “I played college football and sort of hoped that I might have a chance at doing that for a living,” he told The Morton Report. "If I had ever gotten to a point where I was fortunate enough to play pro sports, it probably would have been fairly short-lived given that I’m a pretty slow, skinny guy with not the best hand-to-eye coordination. So a career as a wide-receiver wasn’t the way to go." He did mention that he had a few tryouts for the CFL, but it's probably better that he stuck to acting. Shakespearean verse and improv chops don't really help on the field.