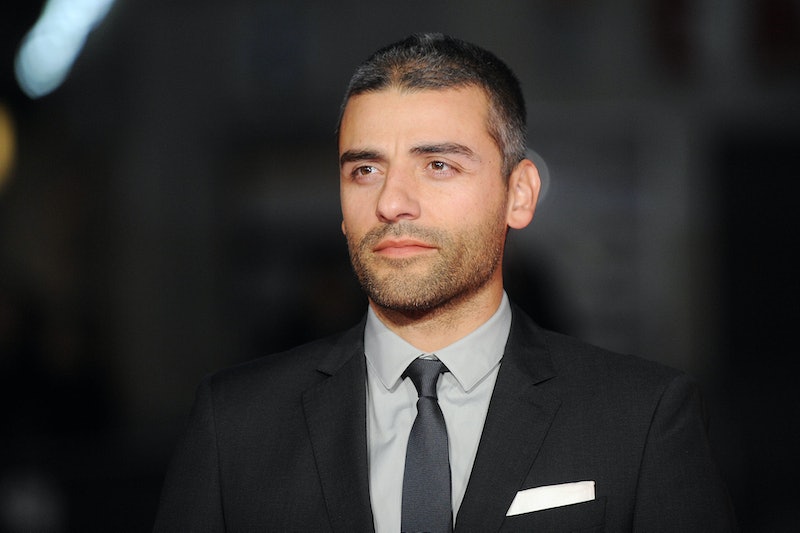 Everyone knows the end of the year is the best time to go to the movies with all the big awards season flicks tending to hit theaters around December, and one new movie that's already generated some buzz ahead of its Dec. 31 release date is A Most Violent Year. (It was named the National Board of Review's best film of 2014.) The film follows the immigrant owner of a heating-oil company, Abel Morales (Oscar Isaac), and his wife, Anna (Jessica Chastain). One of the first questions you may have upon hearing the title A Most Violent Year is what year exactly we are talking about here, and quickly following that is probably the question of whether A Most Violent Year is based on a true story.

Well, it turns out, the answer isn't exactly straightforward. While the film is based on an actual, violent year in New York City's history, the story of Anna and Abel itself is fiction. The year, 1981, was "statistically the most dangerous year in the city’s history," according to A Most Violent Year 's official website. In 1981 there were over 136,000 vehicle thefts (something that is key to the movie) and over 2,100 murders in New York City. To put things in perspective, in 2013 there were 15,482 vehicle thefts and 648 murders.

After seeing the movie, the sheer amount of violence and crime that existed becomes clear. Just looking at this one situation of a family business dealing with crime and corruption, it's easy to imagine other similar situations taking places across the city.

The film's director, J.C. Chandor spoke to The Hollywood Reporter about what of the film is based in reality and explained "that he collected and pulled in things over a long period of time." He said, "It was a great period to set a story up and have this character study that I'd been working on for years set in this moment."

So, while Anna and Able weren't real people who existed, their story isn't entirely out there. Sure, the movie is very dramatic and full of car chases, possibly accidental Al Pacino impressions, and hell of a lot of fiery spousal debates, but a business and family trying to survive while everything, even violent crime and corrupt authority figures, worked against their success, was likely not uncommon in 1981.

More like this
Is 'The Woman King' Based On A True Story? The Female Agojie Warriors Did Exist
By Radhika Menon
Gabby Petito’s Family Responded To The New Lifetime Movie About Her Final Days
By Grace Wehniainen
How To Stream 'Bros'
By Morgan Leigh Davies
13 Photos Of The 'Blonde' Cast Vs. Marilyn Monroe & Other IRL Counterparts
By Marina Watts
Get Even More From Bustle — Sign Up For The Newsletter