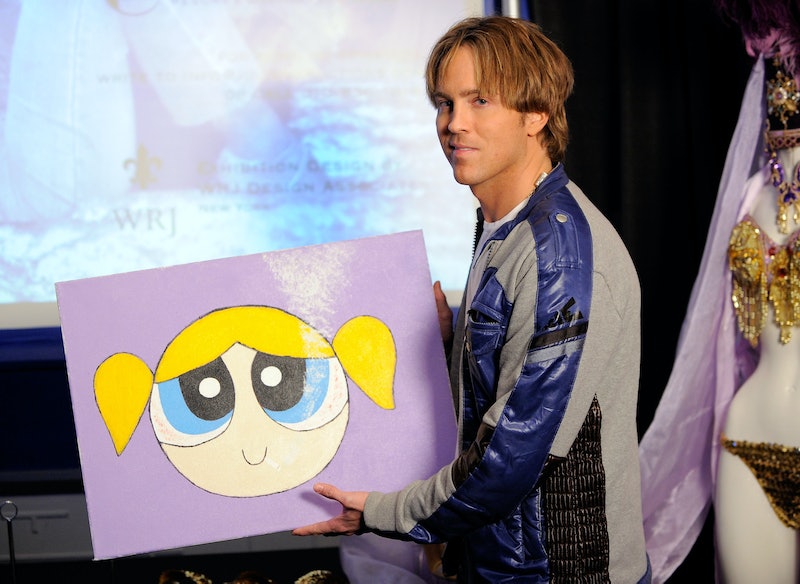 Patty Stanger is finding love for a plethora of C-list celebrities this season. The titular star of Bravo's love-finding reality show The Millionaire Matchmaker has helped find suitable romantic matches for pseudo-stars like Kim Kardashian's guy pal and Keeping Up With The Kardashian guest star Jonathan Cheban, Top Chef star Stefan Richter, and The Voice contestant Katrina Parker. But perhaps the most unusual client of Stanger's isn't a reality star at all — it's Larry Birkhead, former partner of now-deceased Playboy model Anna Nicole Smith and the father of their eight-year-old daughter Dannielynn Birkhead. Birkhead's Millionaire Matchmaker episode will kick off Season 8 of the show on Dec. 7, and, according to the description from the network, will show Stanger helping the sweet single dad find love after years alone.

According to Stanger's interview with E!, Birkhead's Millionaire Matchmaker episode is the first step that the single dad has taken in finding love since losing Anna Nicole Smith eight years ago. According to Stanger, Birkhead took Smith's death extremely hard — the matchmaker stated that Birkhead "felt like [Smith] died mad at him. He was madly in love with her and he wouldn't give her up. He had a shrine in his house to her." Now the top lady in Birkhead's life is their daughter, Dannielynn.

But was Stanger able to find another woman for Birkhead to care for? And did he stick to the match that Stanger found for him? Here's what we know:

The single dad's tweets are filled with cute anecdotes about his life with his little princess. It's pretty clear that he worships her — I mean, the dude let her skip school for an Ariana Grande concert.

One thing that's missing? Any information about a new lady in his life. That doesn't necessarily mean that there isn't one — I doubt Bravo would want too much information about a woman Birkhead is seeing from the show coming out before he picks his dates on the reality show — but I might be more inclined to believe that there was a special lady in his life if he spent more time tweeting out Taylor Swift lyrics.

Stanger Already Has Her Doubts...

...and it has nothing to do with Birkhead being a jerk. The clip from the new episode of Millionaire Matchmaker shows Stanger voicing her concerns that Birkhead might not be ready for commitment because he's still "living in the past."

He Puts His Family First

Is that a bad thing? Not usually — in fact, his devotion to his family might make him a more suitable partner. But Birkhead stresses in his show interview that he's often taking care of everyone else around him before himself. Sure, he might meet someone great on the reality show, but to sustain a relationship with the person (especially considering Stanger often sets up people with matches who happen to live long distances from one another) it may mean that Birkhead needs to share some of the responsibility for his family with others.

The Paparazzi Hasn't Caught Him Out With Anyone

As far as the cameras are concerned, Birkhead is flying solo. Sure, he might be keeping a new relationship under wraps, but if so, he's very, very good at it.

Tune into The Millionaire Matchmaker on Dec. 7 to find out whether Birkhead is still with his match — or if they already fizzled out.

More like this
Kendall Jenner Thinks Tristan Thompson "Wanted To Trap" Khloé With Another Baby
By Jake Viswanath
Clayton & Susie Broke Up, Citing "A Significant Amount Of Pain" After 'The Bachelor'
By Jordyn Tilchen
‘The Ultimatum: Queer Love’ Is Officially On The Way
By Radhika Menon and Kadin Burnett
How To Stream 'Pretty Wild'
By Arya Roshanian
Get Even More From Bustle — Sign Up For The Newsletter