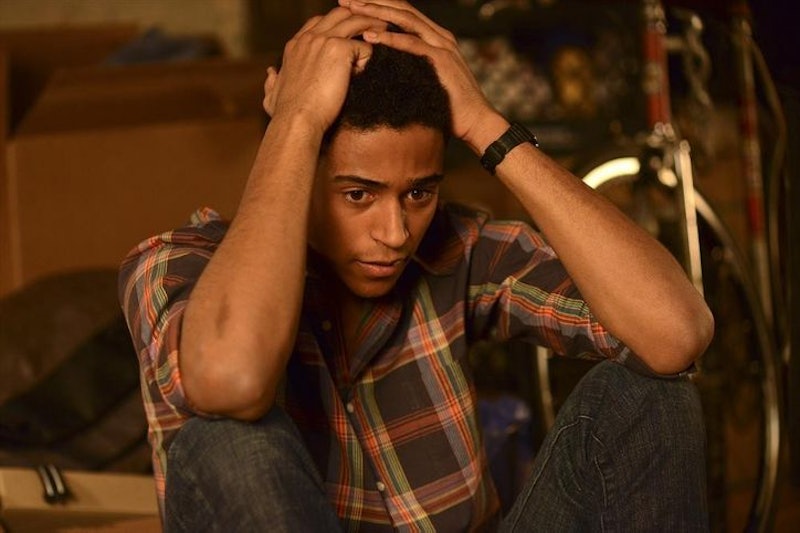 When we finally learned the truth behind Sam's murder on How To Get Away With Murder , I don't think any of us expected twist upon twist like that. In what could have been a very cut and dry murder, four of the five Keating Five were present for the deed, along with the always-suspect Rebecca. They dispose of the body, naturally. It's something we've seen in flashbacks all season, and with the big reveal we learn one other important thing: Annalise knows all about Sam's murder. Now it appears that she is orchestrating what will be the messy fallout and clean up for Sam's murder, but is she the one really in charge? Everyone on the show has secrets, and while it looks like Annalise and Wes are in equal cahoots, who is really in charge in that situation? When the show returns after its winter hiatus, could Wes have dirt on Annalise, too?

The final moments of the last episode before hiatus strongly suggest that Annalise is the one pulling the strings behind everything that's about to go down. She doesn't appear all that upset about Sam's death, with her super subtle and on-point command ("don't be") when Wes apologizes to Sam's limp body.

It seems that Annalise is the one giving Wes the instructions to roll up the body in the carpet, take it to the bonfire, and burn it all up. We won't see that conversation happen until the show returns, but it's highly possible that Wes has some things that he wants taken care of on his agenda as well, and he could be using what he already knows about Annalise to secure it all. So what might Wes know?

I've watched enough CSI in my day to tell you that extramarital affairs are huge tipping points when it comes to murder investigations. Anytime it appears that someone is unfaithful in a marriage, and suddenly someone is murdered, the blame will quickly fall on the cheatin' spouse. Bonnie seems to have some idea of the affair (she caught Nate snooping around Sam's) and Wes completely walked in on Annalise and Nate in the pilot. He definitely knows about the affair. And Annalise definitely doesn't want that information out because she definitely doesn't want to be a murder suspect.

Wes Knows She's Struggling to Have a Baby

This possibility is not so much "dirt" as it is a very well hidden secret. It's said a few times that Annalise cannot have children, but sometimes miracles do happen in the baby department. She could have gotten pregnant with Sam and had it aborted because Sam was a monster. Or, Nate, or one of her other boyfriends (OK, come on, she's probably had other boyfriends) managed to get her pregnant, and that child was aborted, too.

While it's been strongly hinted since day one that Sam is Lila's killer, it's never been 100 percent confirmed by anyone. And Wes didn't smack Sam over the head with a scales of justice trophy because he's avenging Lila's murder — he did it to save Rebecca. Sam might not be the real killer, and considering how much HTGAWM loves its twists, he's probably not. Annalise might know that he's not, either, and now in an attempt to cover that up, they'll continue to pretend that he really is the guy behind it all.