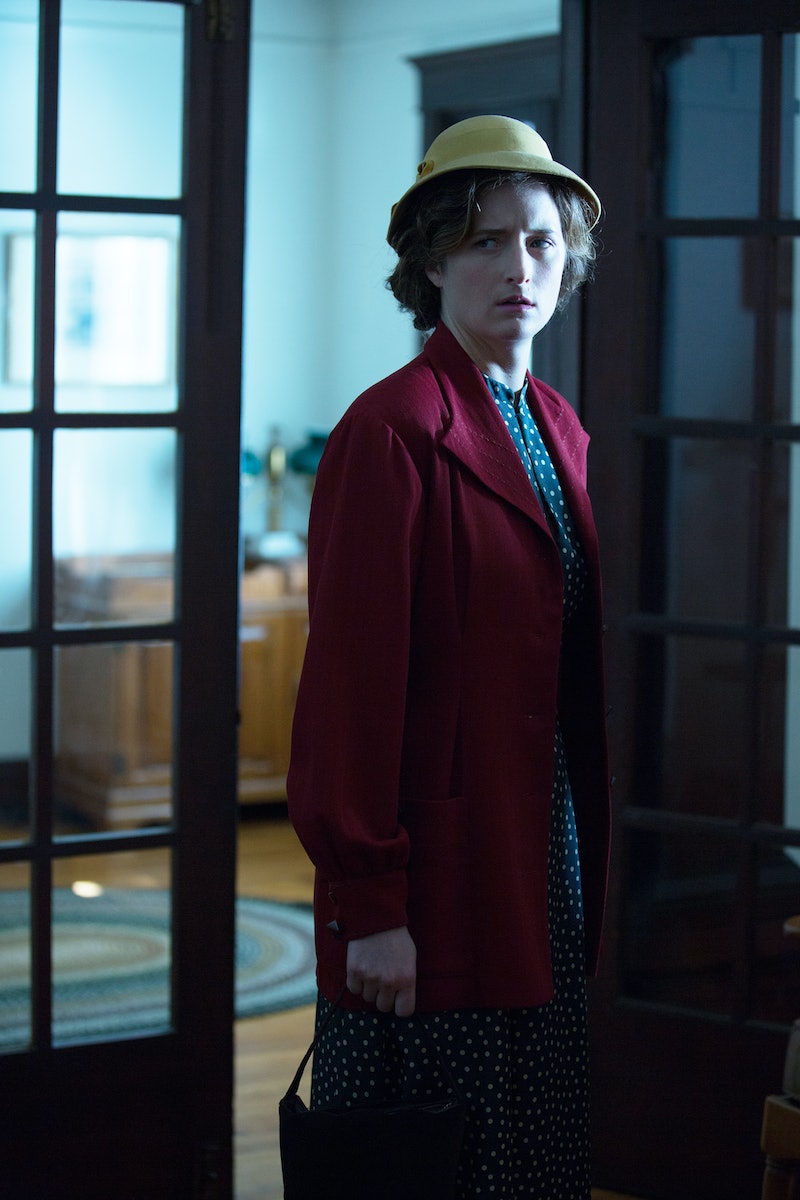 We all know that Meryl Streep would never allow her daughter to tattoo her face IRL. I mean, she's Meryl and, though I know she'd totally support Grace Gummer in going method for her role as Penny on American Horror Story: Freak Show , she's also a mom. A few weeks ago, Grace Gummer's Penny became "Lizard Girl" on AHS when her evil father had her entire face tattooed and her tongue split down the middle because of her relationship with Paul and "the freaks." It was traumatizing as hell — mostly because this guy permanently disfigured his daughter out of spite and also because, again, Meryl would never do this. So, how does Gummer do her AHS makeup? She probably has a great relationship with temporary tattoos by now.

Again, OBVIOUSLY, we all know that Gummer hasn't really had her face tattooed — just like we all know that Evan Peters doesn't have lobster hands and Sarah Paulson doesn't have a conjoined twin. So, how the heck does she do it? Or rather, how does AHS' special effects and makeup teams do it? There are a few different ways — without permanently altering the 28-year-old star's appearance — that the series is possibly achieving Penny's new look on Freak Show.

More likely than not, Penny's facial tattoos are the work of a brilliant, fake-tattoo artist in Hollywood. Companies like Tinsley Transfers (who made Ryan Gosling's fake tattoos for The Place Beyond the Pines ) and Tattooed Now!, make-up artist Daniel Parker's temporary tattoos that have been featured in Zero Dark Thirty and Cloud Atlas make realistic and intricate fake tattoos for Hollywood. But, if that's not the case, it's also entirely possible that Penny's tattoos and her split-tongue, are special effects added in post-production. It's not difficult to believe, when you consider how well Freak Show's effects are executed.

However, knowing that Penny's tattoos and tongue are the work of very talented special effects and make-up artists doesn't make it any less disturbing that her onscreen dad did this to her. (Though it was a small consolation when the women of Freak Show tarred and feathered him.) Her tattoos are awesome and she's still got Paul who clearly loves her more than her father ever did, but that guy is the damn worst.