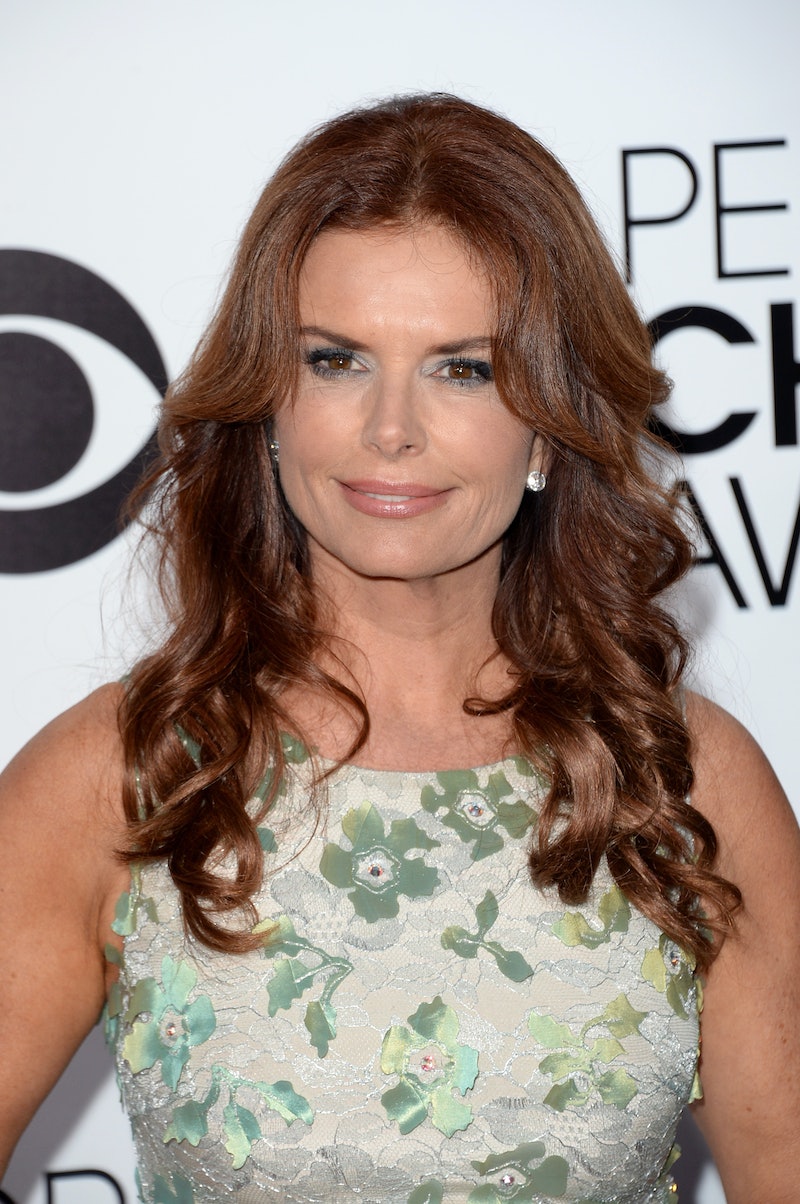 The Bible is the bestselling book of all time. (Sorry Harry Potter fans, Sorcerer's Stone comes in at number four or five, depending on the source). The stories and morals included in the Old and New Testaments have shaped our legal system, our family units, even what food we eat. Centuries after it was first written, the Bible is still an influential factor in many aspects of our lives — even for people who have never read it. And that's not always so great for women. Females don't exactly get a fair deal in the religious department, what with being blamed for everything from the downfall of Eden to executing John the Baptist. Lifetime's latest movie, Women of the Bible, attempts to give biblical ladies a better rap. Getting Roma Downey to narrate and executive produce Women of the Bible was an excellent start.

Downey (no relation to Iron Man) is the perfect woman to produce and star in the special. She has promoted feminist retellings of religious stories throughout her career in film and television, first as an actress, then as an executive behind the scenes. Women of the Bible, which will lead into Lifetime's adaptation of The Red Tent , gives viewers a new way to look at Eve, Sara, Rehab, Mary Magdalene and Mother Mary, along with commentary from female religious scholars and leaders. Watch the trailer below.

Besides her latest project, what other work has Downey done? If you watched TV in the '90s, you already know.

Touched by an Angel

Downey's most well-known role was as Monica on Touched by an Angel, a religious-themed CBS show that ran from 1994 to 2003. Monica was literally an angel, sent down to Earth to help people out and perform magic tricks and stuff. Downey earned two back-to-back Golden Globe nominations for her role as a celestial being, but I think her real reward was getting away with wearing white all year round.

Apparently Downey was so into the role of Christ's mother that she chose to do it twice, first for the 2013 History Channel miniseries The Bible (you know, the one with "Hot Jesus"), then again a year later in Son of God. Roma and her husband, big time TV producer Mark Burnett, served as executive producers for both projects. The couple that creates epic retellings of Biblical events together stays together, it seems.

Working Behind the Scenes on More Upcoming Films

While Downey hasn't announced her next acting role, she is executive producing a series of religious-themed projects set to open over the next couple years. Most exciting is a 2015 miniseries based on The Dovekeepers, a historical novel by Alice Hoffman set around the siege of Masada. Like The Red Tent, The Dovekeepers takes a Biblical event that's traditionally told only from the view of the male characters and flips the script, giving women the chance to tell their side of the story.

While religious television (or religion at all) isn't for everyone, it's impossible not to respect Downey for producing content that respects women and gives them a voice. Catch Women of the Bible on Sunday, Dec. 7 at 7 p.m. on Lifetime.

More like this
Nicola Coughlan Shared A Lady Whistledown Excerpt From ‘Bridgerton’ Season 3
By Grace Wehniainen, Alyssa Lapid and Sam Ramsden
Ruth Wilson’s New Thriller Spotlights A Controversial Irish Institution
By Darshita Goyal
'Heartstopper' S2 Just Welcomed Four Brand New Cast Members
By Nola Ojomu and Sam Ramsden
Nazanin Boniadi Was A Healer Long Before 'The Rings Of Power'
By Olivia-Anne Cleary
Get Even More From Bustle — Sign Up For The Newsletter