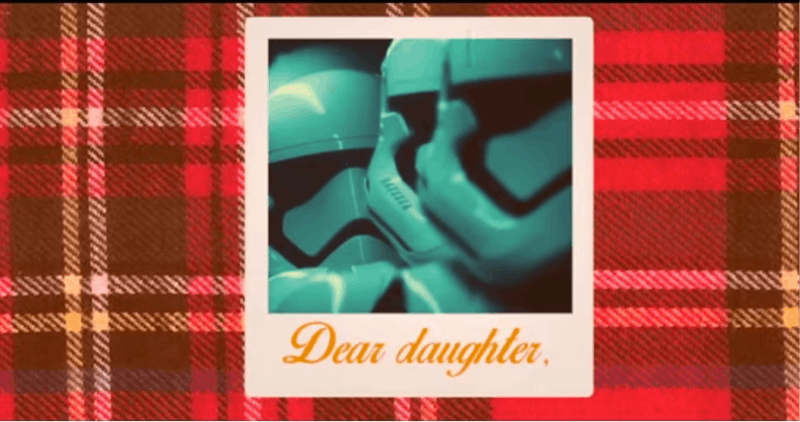 It's been almost ten years since the last Star Wars movie came out—ten years of most fans being resigned to the fact that we weren't going to be getting any more of them, even after hearing that a new one was being made. It all seemed to good to be true until the first teaser trailer for the new Star Wars movie was released, setting its release date for December 18, 2015. Still, enough time has passed that geekdom, like all things, has grown and adapted with the times, so getting the right tone will be tricky. Luckily, this parody Star Wars trailer in the style of Wes Anderson has stepped up as the first contender to bridge this possible cultural gap.

This version of the trailer is everything you hoped it would be and more: There are quirky polaroids left by storm troopers, aesthetically pleasing pastels, and of course, a random upbeat song in French that will get your toes tapping in a way that Darth Vader himself never could. Our new heroes and heroines are actually "space femmes" and "hooded ruffians," and everybody seems 100% less menacing and 143% more quirky. The only way it could get any better would be if someone deadpanned about the destruction of the Death Star while staring into the screen.

After the success of, ya know, every movie Wes Anderson has ever made, it's become nearly impossible for people to resist using his unique style for the sake of parodies. A few months ago, a couple made a pretty epic Wes Anderson-style trailer to announce their pregnancy, not to be outdone by an SNL version of a Wes Anderson horror movie that came full circle with the SNL director making a YouTube video on how to make your own Wes Anderson parodies at home. It's officially a thing now (which means I'll be really tired of it if it happens even one more time).

You can see the Star Wars version that turns "geek" into "geek chic" below: