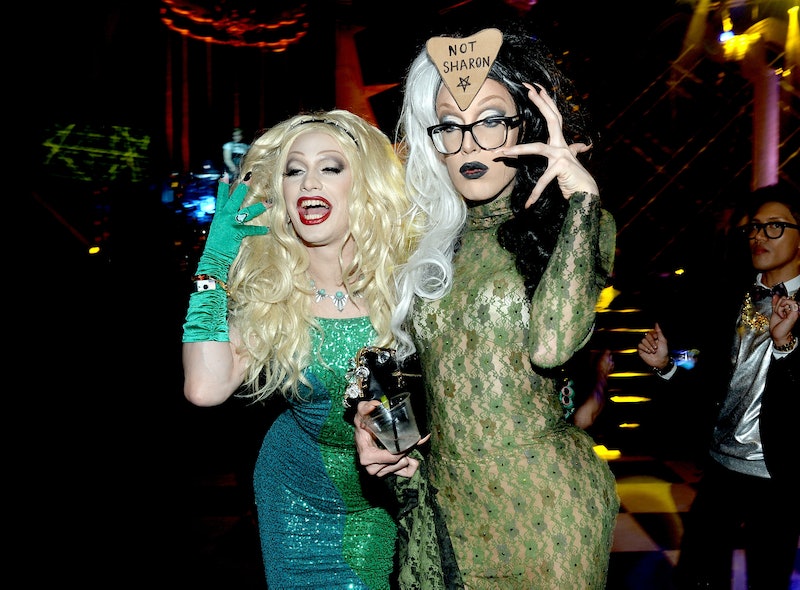 Are you bored with the usual award shows that are all totally expected wins and gorgeous dresses? Do you prefer your award shows like some wild, bacchanal slumber party? Then you'll probably love the 2014 NewNowNext Awards.

The NewNowNext is an award show presented by Logo, the LGBTQ themed channel, that started in 2008. What's great about the award show is it doesn't take itself seriously. Which makes it a lot more fun to watch than every other time we watch very rich, usually boring people get handed statuettes for supposed creative achievement. Of course the awards aren't the highlight of NewNowNext, everything else is.

NewNowNext Awards always has a healthy mix of high and low brow celebrities. Since the shows inception in 2008 they’ve had an mix of stars appear including Lady Gaga, Maya Rudolph, cast members from Scandal, and Kylie Minogue, just to name a few. This year Darren Criss from Glee hosts the NewNowNext Awards. The award show will be kicking off Art Basel down in my hometown of Miami. Set to appear are Kristin Chenoweth, stars from HBO’s Looking, cast members from Orange is the New Black, and Jessie J. If you've never watched the show here's an idea of what to expect with some of the most outrageous moments in NewNowNext history:

At last year's NewNowNext Awards Tegan & Sara did a stellar rendition of Nine Inch Nails' "Closer." While this moment isn't outrageous it deserves to be noted for sheer awesomeness. What was on the ridiculous side? Their hilarious interview with William from RuPaul's Drag Race on the purple carpet.

The Fashion, in General

It's hard to pin down one epic fashion moment from NewNowNext's history. Each year the dresses get tighter, shorter, and brighter than before.

Aisha Tyler is my spirit sister. When she hosted the NewNowNext Awards in 2013 I got my life.

I was never a fan of Dawson's Creek in my teens years; I only gained appreciation for Van Der Beek after watching the awesome yet short lived Don't Trust the B in Apartment 23. The dude gets self deprecation and how to play around with his own image as an actor. Which means he's pretty hilarious. Hosting the 2011 NewNowNext Awards simply made that all the more apparent. Like in the skit when he proves how well he knows drag lingo.

Logo is after all the same channel that airs RuPaul's Drag Race. So, lots of fabulous and shady drag queens at the NewNowNext Awards are a given every year.