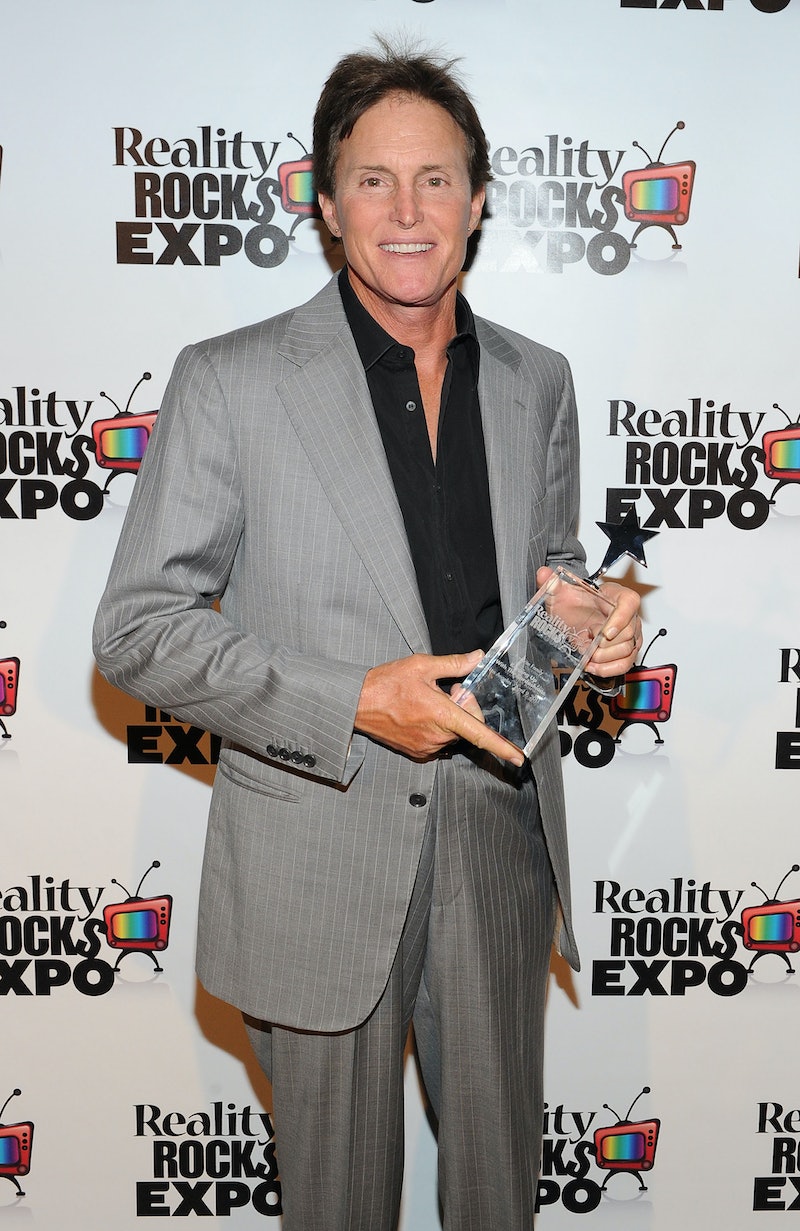 Getting a manicure shouldn't be a big deal, but that's not the case if you're Bruce Jenner. The Olympic athlete and reality star opted for a french manicure recently and when photos of his fingertips surfaced online Wednesday, people were pretty rude about it. From judgmental tweets to seemingly condescending news stories, the responses were disappointing and off-putting. Let's take a look at how the New York Daily News discussed Bruce Jenner's new look:

Bruce almighty! Did Bruce Jenner stop eating his Wheaties? The soon-to-be ex-Kardashian stepdad was spotted at a Malibu, Calif., Starbucks Wednesday and his fashion sense made no sense... Jenner, 65, is a long way from his cereal box cover boy persona as a ripped, world-record decathlete and 1976 Olympic champion.

Ughhhh. You know what makes "no sense"? Their incredibly insulting story, which went on to point out his potentially injected lips. (Wow, everyone loves to talk about the Jenner family's lips, huh?) Instead of mocking his masculinity, what I'd like to know is what he ordered at Starbucks. As an avid Starbs lover myself, I'm curious if he's tried the new Chestnut Praline Latte yet. After all, he was carrying a red holiday cup!

The coverage of Bruce's look is at best unnecessary and at worst insulting. As another example, check out the Daily Mail's headline: "What luscious locks you have! Bruce Jenner shows off gorgeous ponytail, new manicure and diamond earrings for grocery errand." While I hope they're being sincere, it's questionably kind, as is this excerpt from The Mirror's site:

Bruce had his long hair tied back into a sleek ponytail and was sporting a huge pair of blinging diamond studs. Taking tips from Kim, Kourtney and Khloe, perhaps?

It seems to insinuate that his look required input from his fashionable female relatives. Basically it's like an indirect insult, and this sentiment isn't just coming from publications. Twitter users aren't exactly kind either:

This isn't the first time Bruce's appearance sparked some snark. On his birthday, Jenner painted his nails red, and again, people reacted as if he did something horrible. There are far worse things going on in the world than Jenner choosing to pamper himself. It just seems invasive that as soon as he decides to dress how he wants, he's immediately made into a spectacle.

Of course, news of Bruce's manicure doesn't help those rumors that Bruce Jenner is transitioning into presenting as a woman. His own mother even weighed in on that topic — she doubted the rumor's validity, but supports her son either way. And I think that's what we should all do: support Bruce either way. Even Brody Jenner came to his father's defense recently, telling In Touch Weekly:

I talk to him every day, but we don't talk about the rumors in the press... It's his business, so leave him the f--- alone. He's living his life and he's extremely happy.

I couldn't agree more! Regardless of whether the rumors are true, it's no one's business but his own. So I say we let Bruce be. There must be a reason he hasn't publicly discussed his look, and that's probably because he doesn't want to.