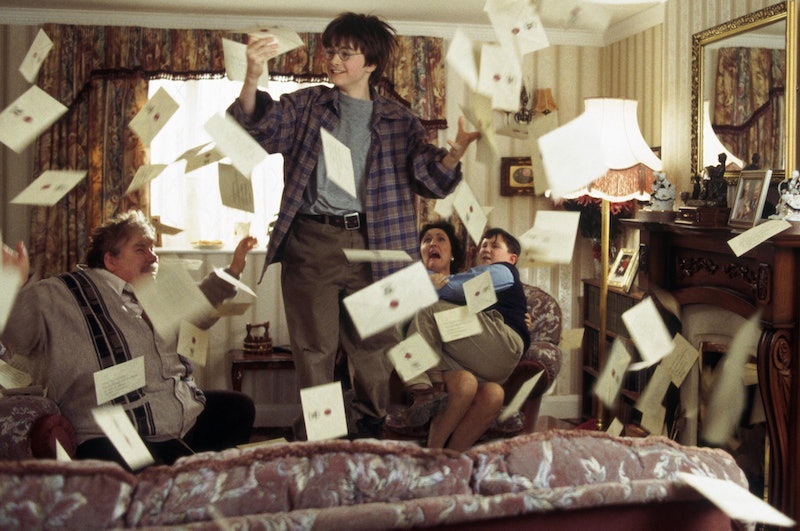 Get your wands ready, Potterheads: a LARP (that is, live-action role-play) event at The College of Wizardry in Poland has brought the magic of Harry Potter to life by establishing an interactive faux-wizarding school. This Potter-inspired venture left many-a-millenial in childish glee, in awe at the idea of a Real Life Hogwarts. I myself think it's awesome, except... we've been developing different ways to enroll in Hogwarts for the past 15 years.

Let's be real, the millennial generation that grew up with Harry Potter has been gifted with uncensored creativity and internet access. Whether it's through parody, fanfiction, RPGs, we've found ways to break out of the confines of Muggledom. I mean, I'm not trying to be weird about it and act like Harry Potter fan studies was something I studied in college, except... it was something I studied in college. Our fan power and overall demand for a Hogwarts has been so strong even J.K. Rowling and Universal Studios gifted us with a Hogwarts acceptance letter via that beautiful theme park and, well, other venues. So short version: cool new twist on a classic, but get over yourself, Poland.

Do you doubt me? You shouldn't! In fact, here's a few short ways you can enroll in Hogwarts, right from your computer (or like, at least within the country).

One of the earlier online methods of roleplay, there's a lot of different takes on it. Some places to start would be Potter's World, The Next Incantation (which skips ahead a generation or so). MuggleNet, one of the most popular HP fan sites has a spin-off side-forum for roleplaying called MuggleNet Interactive. Hogwarts-School.net claims to be one of the longest-running Harry Potter RPGs in existence (starting back in 2000) and you actually have to send in an application. Ritzy!

Probably the best option for Ravenclaws, HogwartsIsHere.com allows you to actually study everything from Potions to Herbology to Transfiguration. And you get graded! If Hermione Granger is your spirit animal (as she probably is for the other 20,000+ students enrolled), this would be such a fun way to spend your winter break, am I right?

The notorious Pottermore is a Rowling-approved variant on things that have been existence for many, many years, and yeah, I bought into it for a while. You get sorted (I've always considered myself as Slytherin, but it rebranded me a Gryffindor), then you go through all the Harry Potter books chronologically. You can play some impossible games to help win the House cup, and that's as exciting as it gets.

If it isn't clear by now, I personally don't think it's worth it. It's only really good if A. You're an 11-year-old in 2001 and the slow, interactive Warner-Brothers produced world of interactive gaming thrills you B. You're willing to dig for new tidbits of Harry Potter canon, most of which will end up online anyway.

But hey, you do you.

Far less immersive, a viable alternative if you're not a big fan of people, but would also like to quite literally write yourself into the Potterverse. Like the online courses are geared to cerebral fans, Fanfiction is best suited to quiet types who were into reading before the books came out. Now, depending whether you keep these stories to yourself or share them with the world, it should be noted that OCs (original characters) based on yourself or otherwise can be... very poorly received, depending on how they're done. But hey, I'm pro-fanfiction in general. That's basically how I started my online writing career (for better or for worse).

The Wizarding World of Harry Potter at Universal Studios

Obvious, but true. Although you don't technically get to "enroll," and yes, if you don't live in Florida you might as well just go to Poland, this is the closest you get to visiting the Harry Potter universe. I mean, there's the "snow" topped shops of Hogsmeade, there's Hogwarts towering over the town, and you can purchase all the things that would validate you as a great witch or wizard. The scarves, the wands, the robes, it can all be yours if you have a few hundred dollars to spare!

Cynicism aside, Harry Potter World is a must-visit for any die-hard fan, because it instantly sweeps you into the atmosphere you've imagined for the past decade. Yeah, the Butterbeer is glorified cream soda, but you'll have two and love it anyway. Hell, when I went it was raining and I had just been kicked out of design school, but look how excited I was: