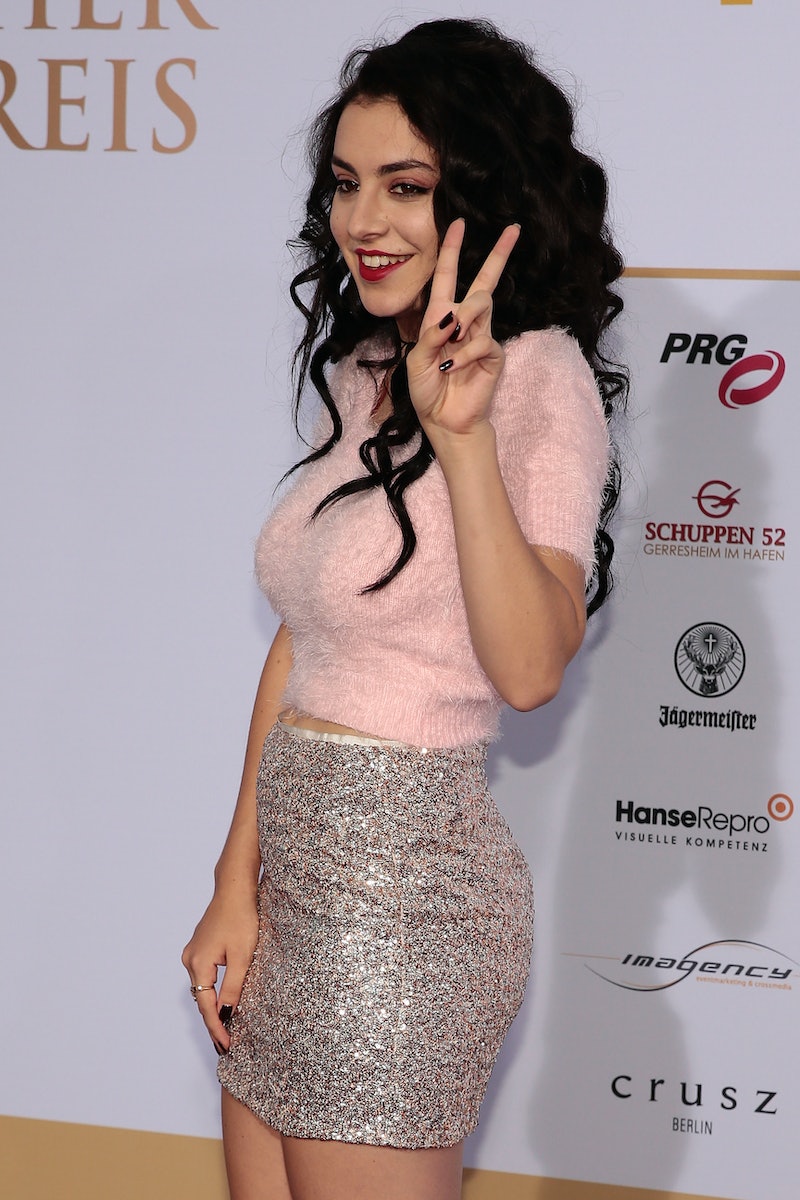 Pop star Charli XCX made quite a sweet entrance at the Sucker listening party Tuesday evening. To kick off the night, a latex catsuit'd and tiara'd Charli XCX climbed out of a fake cake. When I saw the photos, I said the same thing I say every time I see or read or hear anything about the 22-year-old pop star: “I LOVE HER.” And I mean it every time. I cannot get enough of Charli XCX. She's just so talented and effortlessly cool and confident and weird and smart and beautiful and makes legitimately great pop music and— [takes a deep breath]. She's basically my favorite breakout artist of the year.

Here are just a few of the reasons I love her/am obsessed with her/want to be her when I grow up:

She takes to the stage like a fish takes to water. And not just any fish, but a really cool fish who can stomp-swim it out with the best of 'em.

I haven’t stopped talking about that glorious moment.

Every Song She’s Dropped This Year Is A Bonafide Banger

The five songs I've heard off of Sucker and her contribution to the Mockingjay—Part 1 soundtrack have been nothing short of fire. She knows how to write a hook like nobody's business.

Every Song She’s Been Featured On Is A Bonafide Banger

I rest my case, your honor.

OK, I usually hate picking favorites, but I'd be lying if I said "Break the Rules" is not the clear number one stunner. Just how good is it? Well, it's one of the things I said I was thankful for this Thanksgiving.

The Rose McGowan Cameo In The “Break The Rules” Video

If you put Courtney Shane in a music video, I'll be yours forever.

Like, I know '90s-influenced fashion is in [in Madonna voice]: "vogue, vogue, vogue, vogue..." right now, but Charli makes it her own. I almost bought a satin slip dress and velvet choker because of her, but then I remembered I can't pull off the grunge-goth Spice Girl look.

I haven't stopped talking about that glorious moment.

She Flips Lots Of Birds

She's a woman after my heart.

More like this
'Selling Sunset's Vanessa Married Her British Beau Nick In A “Fairytale” Wedding
By Darshita Goyal
Everything To Know About Taylor Swift’s 10th Studio Album, 'Midnights'
By Grace Wehniainen and Jake Viswanath
Twitter Is Freaking Out Over Rihanna’s 2023 Super Bowl Halftime Show Announcement
By Stephanie Topacio Long
The Spice Girls Just Dropped A Brand New Music Video
By Sam Ramsden
Get Even More From Bustle — Sign Up For The Newsletter