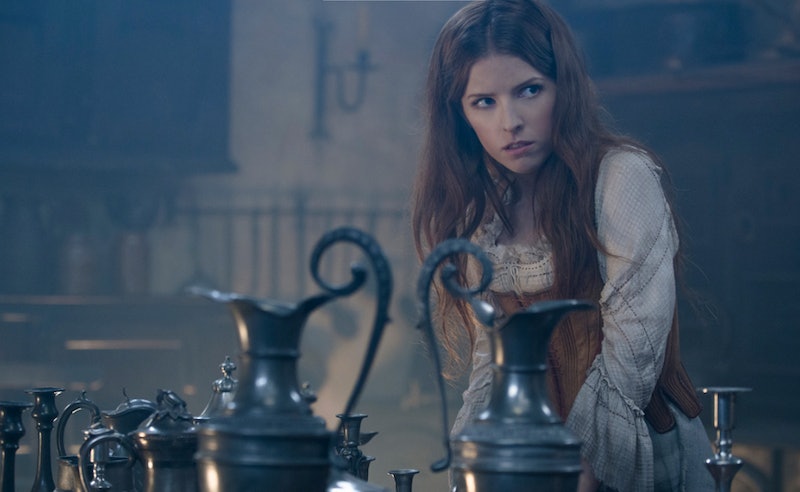 The holiday season movies are very much upon us, and with the first week of December we're finally being treated to our first full song from Into the Woods . This one comes from Anna Kendrick's Cinderella — and she pretty much rocks it. This isn't entirely unexpected: Of those in the cast she's one of the ones with the biggest musical theater record, having gotten her start on Broadway (and her first Tony nomination) in the late '90s.

The song in question is "On the Steps Of the Palace," which finds Kendrick's Cinderella in the setting described in the song's title singing about her predicament — and her prince, who put her there. My favorite thing about this being the first full song released to the public is that it could actually clue some people in who might not already be acquainted with the musical that this is a dark comedy, and that Chris Pine's prince character is hardly on the up-and-up. I mean, he spread pitch on the stairs to literally trap Cinderella.

As Vanity Fair's Joanna Robinson notes, there are also a few lyrical changes in the stage-to-film adaptation. Rest assured, though, those came from Stephen Sondheim himself. Can you spot the changes?