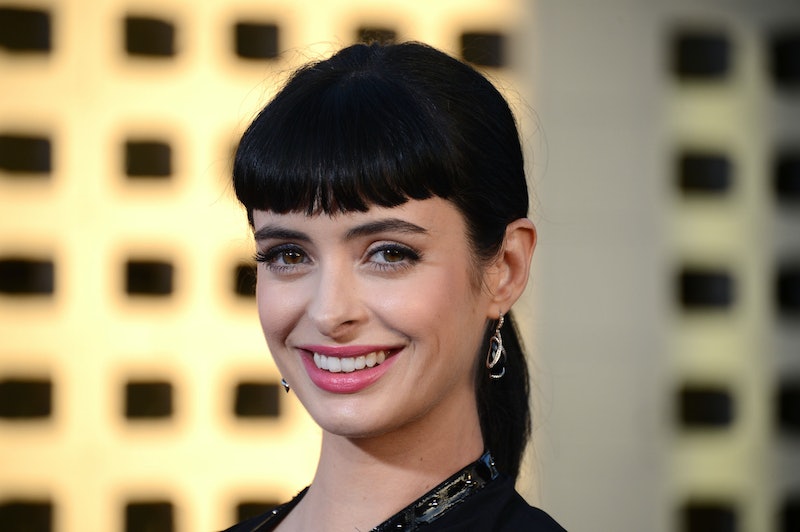 Let us welcome another actor into the Marvel universe. Marvel's Netflix series Jessica Jones has cast Krysten Ritter as the title character herself. Given Ritter's track record this seems like both the next logical step and a long time coming.

The list of things you probably recognize Ritter from is vast: She was on Veronica Mars back in the day and played a memorable role in the 2013 movie reboot. She had her own (criminally underrated) sitcom, Don't Trust the B— In Apt 23. Perhaps most high profile, though was her stint on Breaking Bad as Jane, Jesse's doomed girlfriend.

All of this is to say: Ritter's got range that's just barely been stretched, and Jessica Jones will surely call for her to show it. Jessica Jones is a meaty character, and one with aspects that will certainly call back to Ritter's Veronica Mars days — albeit from a perspective she didn't get to play before. From Deadline:

[Jones is] a superhero suffering from post-traumatic stress disorder, which leads to her hanging up her costume and opening her own detective agency, where she ends up helping people and assisting other superheroes.

According to Deadline Marvel has a four-series deal with Netflix; Daredevil's already cast its title character (Boardwalk Empire's Charlie Cox), and we haven't heard much detail about the other series lined up. But between the soon-to-premiere Agent Carter on ABC and what's coming on Netflix, Marvel's got me curious and ready for this next phase of its TV endeavors.