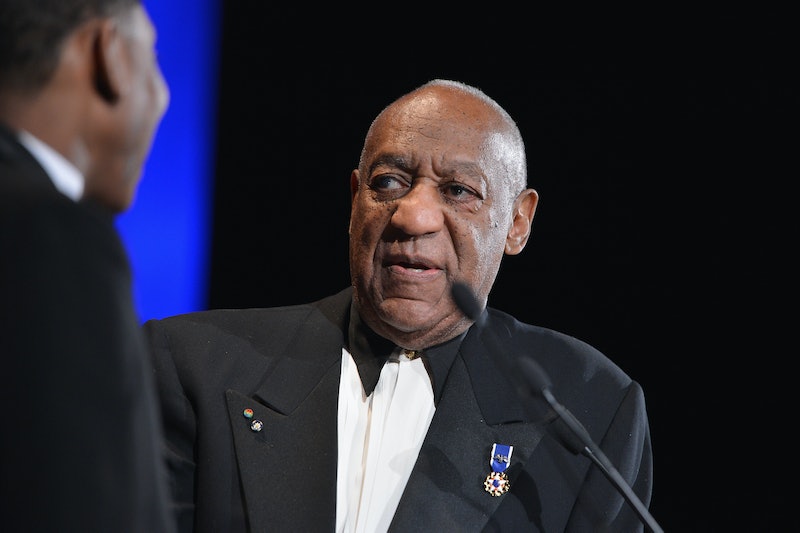 As the number of abuse allegations against Bill Cosby continues to grow, things get more complicated. After Judy Huth filed a lawsuit on Tuesday claiming the comedian sexually assaulted her when she was only 15 years old, Cosby reportedly decided to respond with legal action. On Thursday, TMZ obtained legal documents in which Cosby demands the case be dismissed and claims Huth's accusations are extortion. He is also said to be seeking monetary sanctions.

According to these new documents, Cosby says that Huth is only trying to get money out of him. They claim that Huth's lawyer previously approached his attorney, Marty Singer, making "ominous references to criminal penalties." Reportedly she initially asked for $100,000 but then upped the amount to $250,000 as more and more women began sharing their stories. He also states that she previously tried selling this story to tabloids 10 years ago, but was unsuccessful.

So what exactly is Huth's story? In her lawsuit, she says she was assaulted by Cosby at the Playboy Mansion in 1974 after he gave her multiple alcoholic beverages. She states he "proceeded to sexually molest her by attempting to put his hand down her pants, then taking her hand in his hand and performing a sex act on himself without her consent," which caused "severe and extreme emotional distress." Yet in Cosby's documents, he reportedly argues against this point by saying he's "a life-long non-drinker." While anything is possible, that doesn't seem to be a substantial argument, especially since another alleged victim, Barbara Bowman, claimed he gave her red wine before assaulting her.

Honestly, it's hard to know what to believe. But as the evidence piles up against the Cosby Show star, it seems to be difficult to think otherwise when there are so many alleged victims. Besides these new extortion claims, Cosby only broke his silence briefly, tweeting his gratitude to Jill Scott and Whoopi Goldberg, two of the few celebrities who have stood up for the comedian.

As for comments from Cosby's legal team, Singer has previously dismissed the claims by stating: