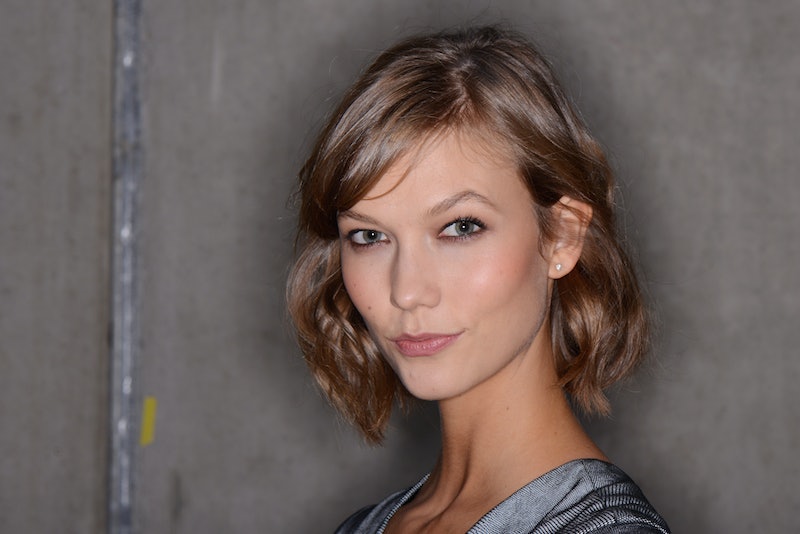 Besides being a Victoria's Secret Angel, there's another thing everybody knows about Karlie Kloss. Yup, I'm talking about her friendship with T. Swift! As their frequent photos together make known, Karlie Kloss and Taylor Swift are the definition of BFFs. Seriously, those two are inseparable. While we know about her best female friend, what about a boyfriend? Come on, you've probably wondered if the 22-year-old model is dating anybody. To answer your question, Karlie Kloss is dating Joshua Kushner. They've been together ever since November 2012, or at least that's when their relationship first was announced publicly.

If you're scratching your head and wondering who the heck this guy is, fear not — I'll fill you in! The good news is that he sounds like quite a catch. Kushner, 29, is a social gaming entrepreneur and venture capitalist. He also invested millions in Instagram, so he knows how to spend wisely. Maybe that's why Kloss posts so many Insta pics with Tay! (Just kidding, kind of...) Also, Kushner is buddies with Ashton Kutcher, which is convenient since their last names sound so similar. But the most important thing about this guy? He seems to make Kloss super happy, as evidenced by this adorable selfie:

With that initial info out of the way, I've rounded up everything else you could ever want to know about Kloss' boyfriend!

Unless you are also from this wonderful area, maybe you don't care about this fact. But as a N.J. native myself, I think it's pretty exciting that Kushner grew up in the Garden State.

He went to Harvard

Not only did he go to this Ivy League university for undergrad, but then he attended Harvard Business School and graduated in 2011. This proves he's super smart and business-savvy.

He founded his own investment firm

Kushner began Thrive Capital in 2009, which recently raised a $400 million fund. He's also been named to Forbes 30 Under 30 list.

And co-founded a health insurance start-up

In 2013, Kushner invested in Oscar, a company looking to revolutionize the health care industry. To show her support, Kloss posted an Instagram showing off the start-up's subway ad.

He's related to the Trumps

With such an impressive résumé and brains to boot, Kushner seems like a great match for Kloss!

More like this
Everything To Know About Taylor Swift’s 10th Studio Album, 'Midnights'
By Grace Wehniainen and Jake Viswanath
Taylor Swift Wants To Direct A Movie Next — But You Might Have To Wait
By Radhika Menon
Gigi Hadid’s Dad Shared What He Knows About Those Leonardo DiCaprio Rumors
By Brad Witter
Who Is Nick Cannon Dating & How Many Kids Does He Have?
By Jordyn Tilchen and Radhika Menon
Get Even More From Bustle — Sign Up For The Newsletter