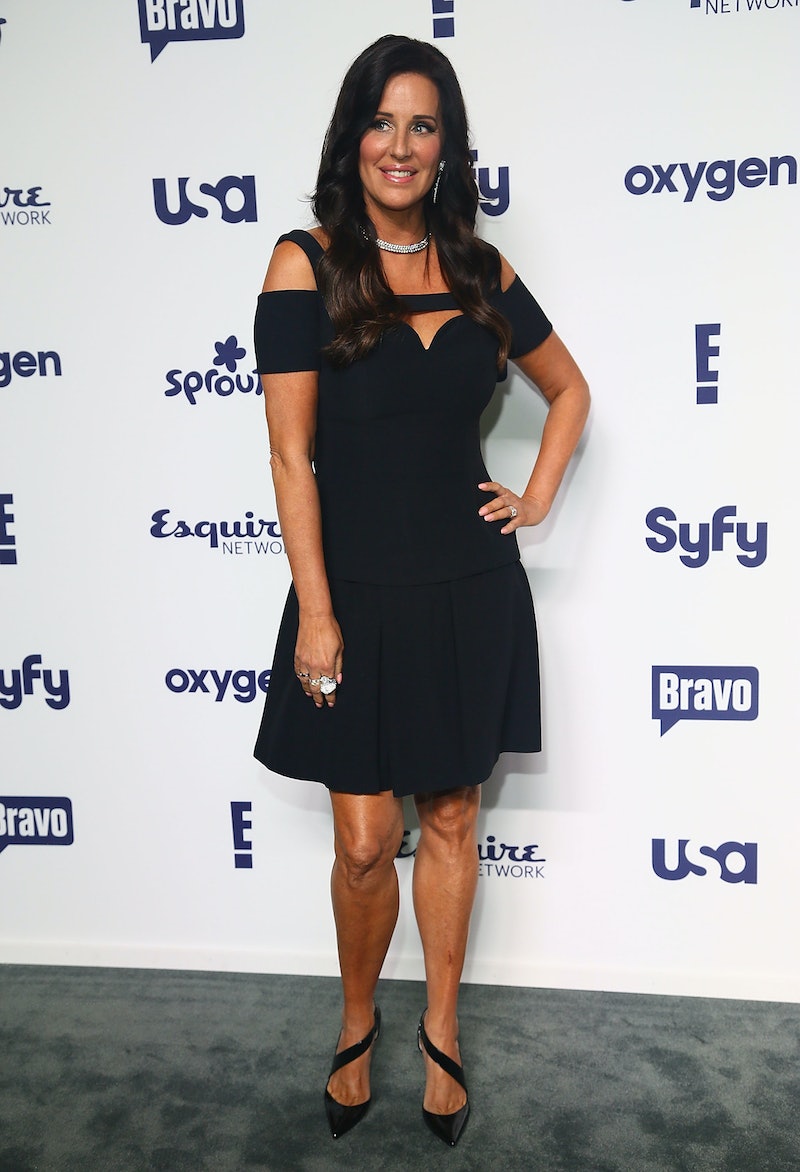 I am not single nor am I a millionaire, but if I had the opportunity to be on Bravo's Millionaire Matchmaker, I would totally snatch it up. I am kind of obsessed with Patti Stanger and her way of telling it like it is. As someone who's always avoided confrontation, I'd never be able to stand in front of a group of strangers and tell them that their hair looks ridiculous or that they should lose the glasses and ten pounds if they want to marry rich, but Patti is able to do it with ease. She's also able to command control of the men and women who are used to getting what they want because they have money, and even when they're totally insufferable, she somehow gets them to listen to her. With those kinds of skills, it's not surprising that her firm, Millionaire's Club, boasts a 99 percent success rate. But what does that mean, really? How many of Patti's matches are actually married?

Unfortunately, the answer is pretty bleak. In 2013, Patti did an interview with the Huffington Post and admitted that her success rate with the people who actually want to appear on the show is much, much lower than the "average Joe millionaires" who approach her for her help but don't elect to appear on camera. This makes sense — millionaires who are in it for what it can do for their career aren't necessarily committed to finding love, just their five minutes of fame. And as of that interview, Patti reluctantly revealed there had been no marriages from the couples we've seen on Millionaire Matchmaker. Engagements happen, but then the whole thing ends up imploding before they actually make it to the altar.

"In the show, we've had a lot of engagements and then what happens is the Facebook blows up and all of a sudden they're getting attention from other women and then they blew it ... No, we have not had [any marriages]."

I'm not sure I want to blame Patti for this one. After all, she is helping people find matches, and obviously, she's setting them up with people they're compatible enough to get engaged to. If they screw it up after that, that's not her fault, right?

Fortunately, that bleak figure has changed since then. There has been exactly one Millionaire Matchmaker marriage — between former NFL star Mitch Berger and model Bambi Lashell. They tied the knot in July of 2013, and now, they have a son. Aww.

Fingers crossed that the on-screen success rate goes up after this season! I mean, I doubt it will, but anything can happen.

More like this
You Can “Fall In Love” At The Resort Where Bachelor In Paradise Season 8 Was Filmed
By Brad Witter
The 'Bachelor In Paradise' Schedule Shifts To 4 Hours Every Week After The Season 8 Premiere
By Brad Witter
Molly-Mae Hague & Tommy Fury Celebrate Pregnancy Reveal In The Sweetest Way
By Sophie McEvoy and Sam Ramsden
Clayton & Susie Broke Up, Citing "A Significant Amount Of Pain" After 'The Bachelor'
By Jordyn Tilchen
Get Even More From Bustle — Sign Up For The Newsletter