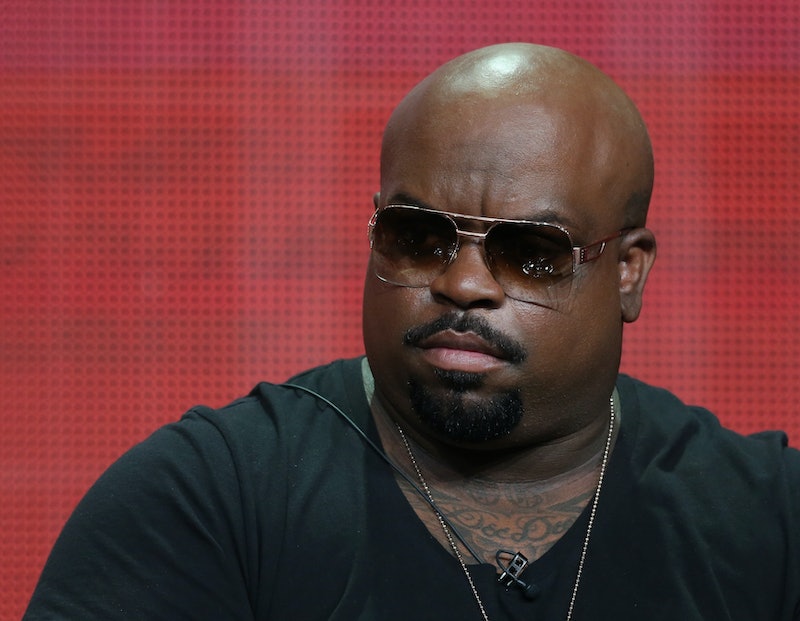 The vilification of Bill Cosby in the media seems to have struck a chord with yet another celebrity. Just recently, singer Jill Scott came to Cosby's defense and on Thursday, Azealia Banks took to Twitter to show support for him while simultaneously dismissing the claims of the multiple women who've come forward over the past few weeks to accuse the 77-year-old comedian of rape. Now, according to TMZ, singer and former The Voice coach CeeLo Green thinks the Cosby backlash is unfair.Green appeared to try and tread lightly when discussing the issue on camera, but ultimately conceded that he disagrees with the way Cosby is being treated. "He hadn't said anything, which to some is an admission of guilt," Green said. "That can be the perception of many since he hadn’t made a formal statement defending himself, but you can’t defend yourself in that situation." The singer continued by saying, "You just have to let the facts speak loudest, and with that being said, none of it seems fair. It’s not my place to judge him. It’s just unfortunate since he’s so beloved."

Like Cosby, the Navy cut ties with Green and he lost out on TV opportunities after his ridiculous tweets about the definition of rape. This is probably the reason he feels compelled to address the Cosby situation, but it's also precisely why he should've left this discussion to those who haven't already expressed such insensitive and offensive views on rape.

However, I do agree with Green on one point. Cosby speaking out (aside from his lawyers refuting the allegations as "ridiculous" and "absurd fabrications") probably wouldn't do much to help his case at the moment. But imploring others to sit by quietly and not use this opportunity to discuss the complexities of rape and the fact that those who survive it experience guilt, shame and live in fear of speaking out is completely illogical. If Green thinks we should remain silent on the Cosby rape accusations, then he probably should've taken his own advice.