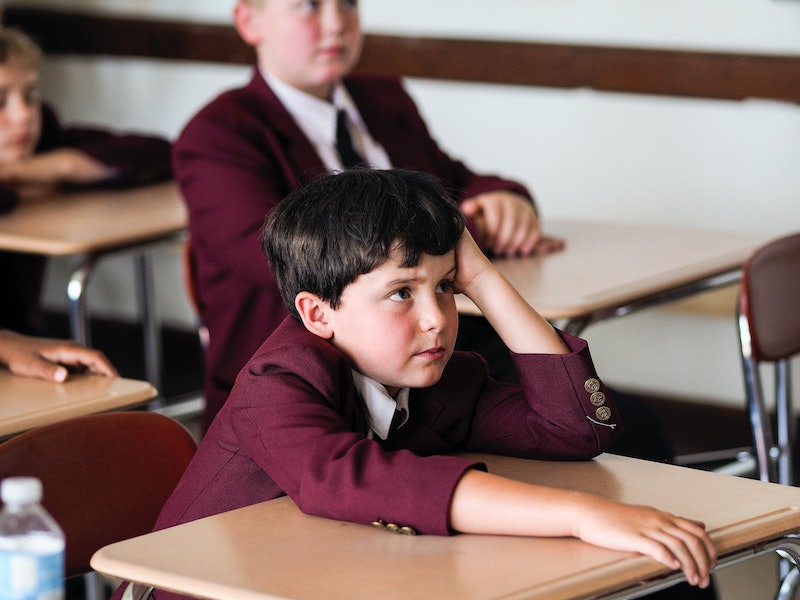 If ever there was a no-brainer stocking stuffer, it's Wally Lamb's 2009 novella, Wishin' and Hopin'. It's from a Pushcart Prize-winning author, so you can buy it for your nerdy literary friends. (And it's short, so it's not like you're getting them homework.) It's a nostalgic Christmas story that takes place in the 1960s, so you can buy it for your older relatives. And it was a New York Times bestseller, which means you and all your giftees can watch the Lifetime adaptation together when it airs on Dec. 6 and 7, and can probably find people to talk about it with you at the water cooler the next day. But, when you do, it'd be nice to know the story behind the story. Is Wally Lamb's Wishin' and Hopin' based on a true story?

Unfortunately, it looks like this one is squarely fiction. If Mouseketeer Annette Funicello does have a distant cousin, it's not Felix Funicello of the Saint Aloysius Gonzaga Parochial School, the main character of Wishin' and Hopin'.

But that doesn't mean that there's nothing about Wishin' and Hopin' that rings true. It might not be a work of nonfiction, but some things may seem strikingly familiar anyway, especially if you grew up around the same neighborhood as Lamb.

It Was Filmed in a Real Connecticut School

Fans of Lambs know that his work often takes place in the fictional town of Three Rivers, Conn. While Three Rivers may be a figment of Lamb's imagination, the movie does have Connecticut roots: It shot over the summer in Norwich, at the Norwich Free Academy. It just so happens that Lamb is also a resident of Norwich.

It might sound like a name made up for maximum wackiness, but Saint Aloyius Gonzaga is a real Catholic school. There are quite a few of them around, actually. I've found them in places like the Phillippines and Los Angeles, though. I couldn't find a direct equivalent in "Three Rivers"/Norwich.

Felix gets into trouble when he says something untoward on the set of the Ranger Andy show, where he visits with his Junior Midshipmen troop. Ranger Andy might sound like an invented knock-off of Howdy Doody or the like, but Ranger Andy was a real television show. The local variety show broadcast from Hartford (in Connecticut, naturally), on WTIC, from 1957 to 1968. Whether or not he had any potty-mouthed guests is anybody's guess.