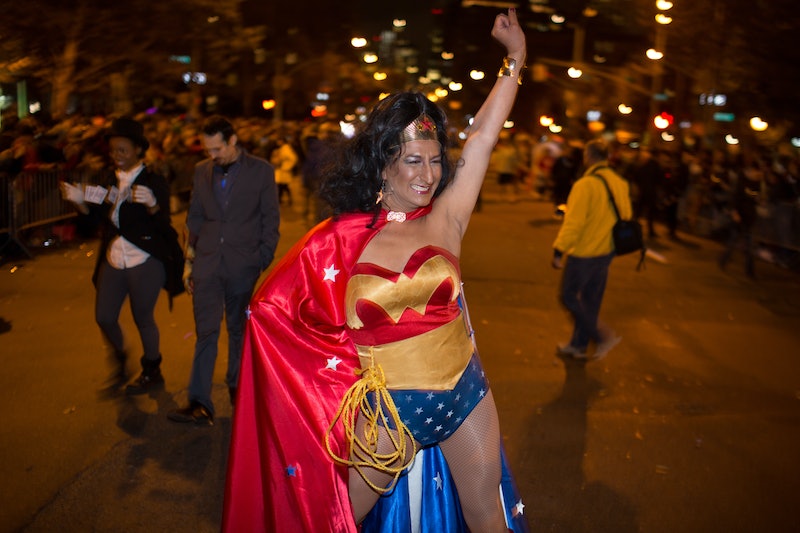 The baby steps towards the first Wonder Woman solo movie are turning into strides: Wonder Woman has her writer. Or, as The Hollywood Reporter puts it, Warner Bros. has "lassoed" a writer. Oh boy. Get ready for so many pun headlines in the coming years.

The studio sadly did not take this opportunity to give us a superhero movie both directed and written by women, but I'll withhold judgment for now because, to be frank, I really need this movie to be good. And so it is my sincerest hope that Jason Fuchs is all set and ready to make this a complex story worthy of Diana Prince.

Fuchs' biggest screenwriting credit to date is as the writer behind the upcoming Pan. Given that my biggest problems with Pan have a lot more to do with the casting than with the concept or script, I can't really pass judgment on him there — it's not necessarily his fault they cast a white woman to play a Native American character, but here's to hoping he wrote that character a lot less racist than past Disney movies have.

It should also be noted that Fuchs is not officially signed on yet: THR reports he's in talks. But every step takes this movie closer and closer to being a real, tangible thing, to which I say hell yeah.

More like this
Lashana Lynch’s 'Woman King' Training Was “Traumatizing” For A Relatable Reason
By Radhika Menon
How To Stream 'The Woman King'
By Morgan Leigh Davies
The 50 Most Powerful Characters In The Marvel Universe, Ranked
By Johnny Brayson and Nola Pfau
Lin-Manuel Miranda & Tituss Burgess React To 'Little Mermaid' Casting Backlash
By Radhika Menon
Get Even More From Bustle — Sign Up For The Newsletter