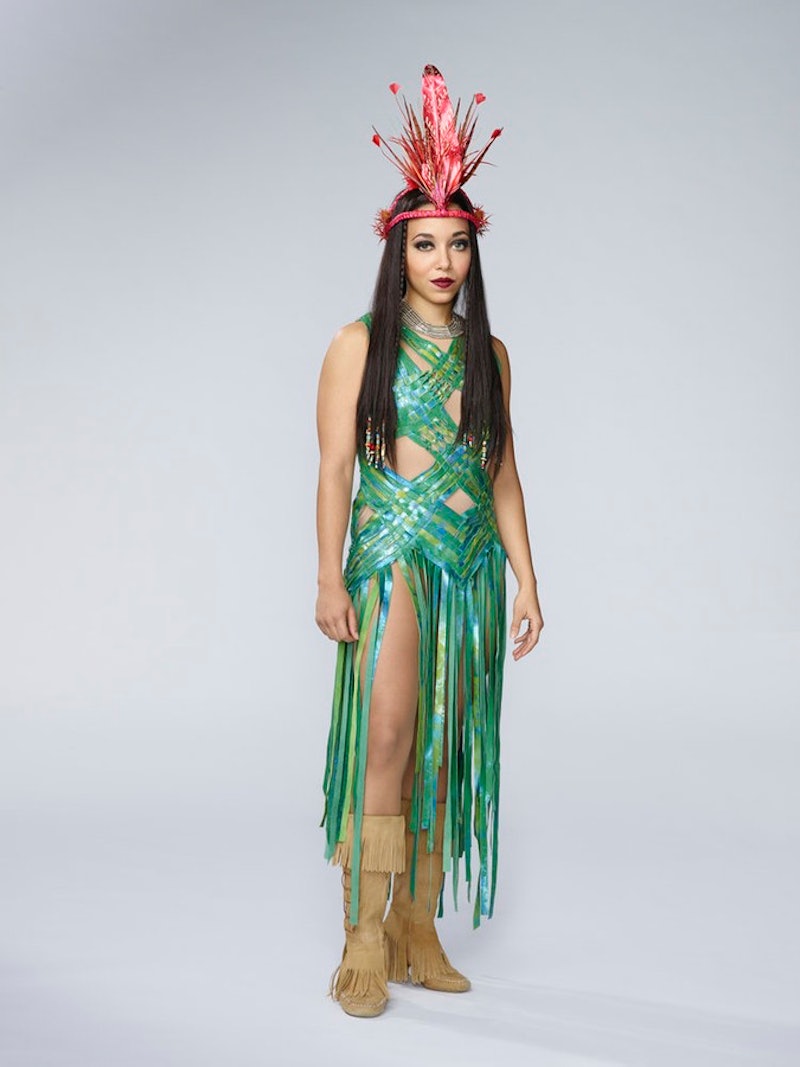 Peter Pan Live! had its fair share of skeptics long before it aired on NBC on Thursday night, and not just regarding whether or not stars Allison Williams and Christopher Walken would be able to carry a tune. One of the story's most controversial characters, Tiger Lily, is outdated and downright offensive in previous Peter Pan stage and screen adaptations. As we previously reported, newcomer Alanna Saunders is of Native American heritage, a casting choice that NBC specifically made on purpose. But was the updated version of Tiger Lily any less offensive?

For the live broadcast, Tiger Lily's song was no longer the un-PC "Ugg-a-Wugg," but instead a new tune called "True Blood Brothers." (Producer Neil Maron told EW.com last month they had a Native American consultant for replacing "Ugg-a-Wugg.") The song was certainly less offensive than the gibberish-laden "Ugg-a-Wugg," but the stereotypical Native American costumes probably didn't do the cause too many favors either. The new Tiger Lily-driven number, about teamwork and friendship, included lyrics like, "We'll be true blood brothers to the end."

To the show's producer's credit, this was a much better version of Tiger Lily than the unfortunately racist version we all grew up with. But all the kudos should really go to Saunders, who not only sounded great live, but didn't miss a single cue or step (OK, she missed one or two in the most endearing way possible) during the live broadcast.

More like this
Did 'Grey’s Anatomy' Just Drop A Major Taylor Swift Easter Egg?
By Grace Wehniainen
12 Must-Watch Documentaries To Honour Black History Month UK
By Sophie McEvoy
Mel B Speaks Out Against Domestic Violence In A Powerful Speech
By Sophie McEvoy
Everything To Know About Taylor Swift’s 10th Studio Album, 'Midnights'
By Grace Wehniainen and Jake Viswanath
Get Even More From Bustle — Sign Up For The Newsletter