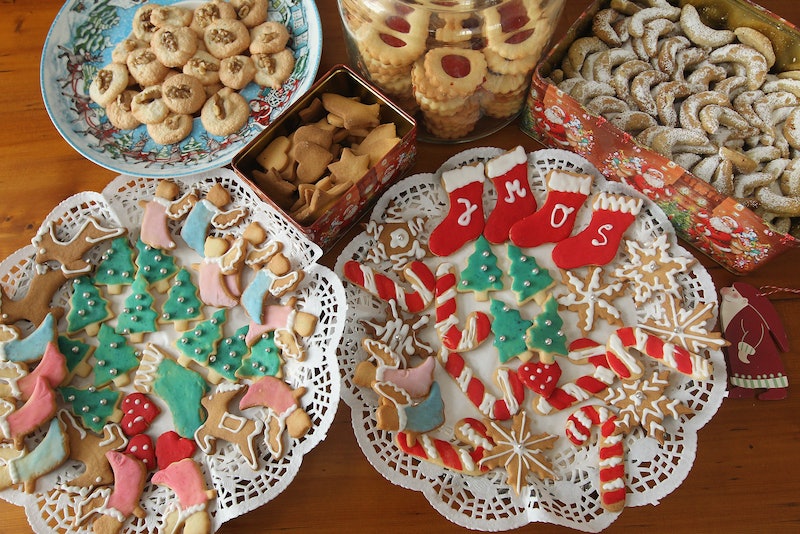 Going back home for the holidays is both a blessing and a curse. Your mom is going to cook some excellent food, there are presents involved, and it generally feels like a vacation away from real life. Unfortunately, though, your parents still haven’t yet realized that you are an autonomous adult who is capable of making her own decisions.

As a result, you’re going to have some rules to abide by when you head back home. It’s easy to think that you’re going to be able to overcome the guilt trip that your mother is going to lay on when it comes to following these five rules, but you’re probably just going to sheepishly comply. It’s the holidays, and that means that you probably shouldn’t be fighting with your family.

1. Your live-in boyfriend is sleeping in the guest room.

Nevermind that you’ve been shacking up with your boyfriend since 2010, your mom is still definitely going to insist that the two of you sleep in separate rooms because it’s just not right for you two heathens to fornicate under her roof. You probably had no intention of doing it in your mom’s house, but she wants to be entirely sure. Mostly, you will just feel sorry for your boyfriend who’s forced to sleep on that creaky old back-room mattress with sheets that haven’t been changed since 1986.

2. No drinking, smoking, or swearing.

If you punctuate every sentence with a colorful string of four-letter words, you’re going to have to cut that effing b.s. out when it comes time to go to Grandma’s house for Christmas dinner. You probably also don’t want your parents to know that you nurse a bottle of merlot to sleep every other night, so you’re going to have to pull back on the booze consumption a little bit too. That is, of course, unless your functional alcoholism is a genetic trait and the whole family is getting sauced.

3. Your curfew is the same as it was before you left for college.

In your parents’ eyes, you’re still a stupid 18 year old who is barely capable of navigating the world on her own, which means that they just don’t quite trust you to not kill yourself. Whether or not that is (still) true 10 years later, they’re still going to ask you to be back home before 11 p.m. It’s easier to just comply with their demands than argue, if only because no one wants to have a whiskey hangover when they’re greeting relatives that they haven’t seen all year.

4. Your level of privacy has been returned to high school status.

If you don’t have a nosy Mom, consider yourself among the luckiest human beings on earth. For those of us who are not so lucky, there is absolutely zero privacy when you’re back at home visiting your parents during the holidays. Don’t get all offended when your mom barges into the bedroom while you’re walking around nekkid, or worse, trying to poop. She just really, really needed to tell you that Aunt Linda is probably going to be late for dinner.

Sure, it’s cold outside, but that doesn’t mean that you shouldn’t wear that badass crop top that you scored on Black Friday. The only problem, of course, is that as soon as your Dad sees it, he’s going to tell you to march right back into your room and change, young lady. Resist your urges to tell Dad what an independent, liberated woman you are, and just go back in your room and throw on some sweatpants. They're more comfortable anyway.

More like this
23 Super Sweet Things To Write In A Valentine's Day Card
By Karen Belz and Lexi Inks
21 Galentine’s Day Memes To Celebrate Your Best Friends
By Meghan Bassett and Mia Mercado
Dunkin’s Valentine’s Day Lineup Includes A Drink That Tastes Like Dessert
By Alexis Morillo
12 Aphrodisiac Desserts To Spice Up Your Valentine’s Day
By Kaitlyn Wylde
Get Even More From Bustle — Sign Up For The Newsletter
From hair trends to relationship advice, our daily newsletter has everything you need to sound like a person who’s on TikTok, even if you aren’t.