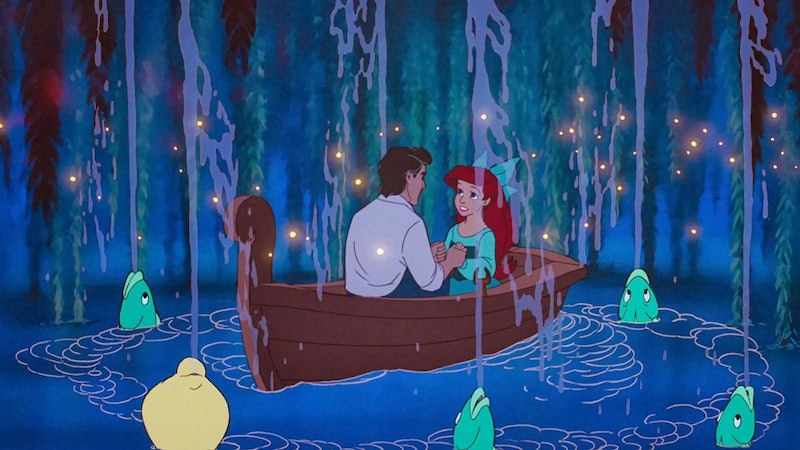 I don't want anyone to panic when they read this, so sit down. Ready? Okay. It's been 25 years since the release of The Little Mermaid. That's 12 Olympic games, 462 hair color changes from Kylie Jenner (I'm assuming), and nine new Disney princesses since Ariel first epically stalked a human onto dry land. And because good things come to those who wait, we finally now have an Honest Trailer version of The Little Mermaid , and it says all of the things that you were secretly thinking since you were capable of independent thought.

It's hard to hate on Ariel, who is still one of the most beloved of the Disney princesses. She is super optimistic and peppy and has fabulous hair both above and underwater. But when you re-watch the movie in adulthood, it's like a marathon of moments so cringeworthy that I'm a little bit surprised my parents let us watch it approximately 6,000 times (my sister is a redhead; until Merida came along, Ariel was her queen). When you step back and evaluate this movie like the Honest Trailer does, you realize that she is basically a 15-year-old pubescent girl who throws a tantrum at her dad and makes a deal with a known sea witch to meet a guy because he's hot. Girl.

But hey, we're adults now (mostly), so it's time to pull the wool from over our eyes. Honest Trailer has updated the cast and sound track for the new 2014 version, with songs like "Traumatize Your Kid Song" (the fish cutting song), "Boring Villain Song," "Pork the Girl," and "It's So Catchy" (otherwise known as "Under the Sea"). At the risk of earning the hatred of everyone who reads this article by getting it stuck in their head, I'll share a snippet of Honest Trailer's updated lyrics for "Under the Sea":

It's so inspiring I think a little tear just rolled down my cheek.

Of course, Disney has made some major strides since those days, by portraying their princesses as independent and tough and capable. Would Elsa give up her ice powers for a boy she just met? Hell to the no. Even the Little Mermaid franchise gets a little bit of an update with a sequel depicting Ariel's equally rebellious daughter Melody (SURPRISE, what goes around, comes around) who trades legs for fins (IS ANYBODY EVER HAPPY WITH WHAT THEY HAVE?!), but unlike Ariel, she does it on her own account, not for a boy.

There's also a third movie for The Little Mermaid that I haven't seen, so I can't speak on. There will eventually come a time when we should let this fairy tale fade into blatantly sexist memory, but while we have this Honest Trailer to enjoy, that day is not today: