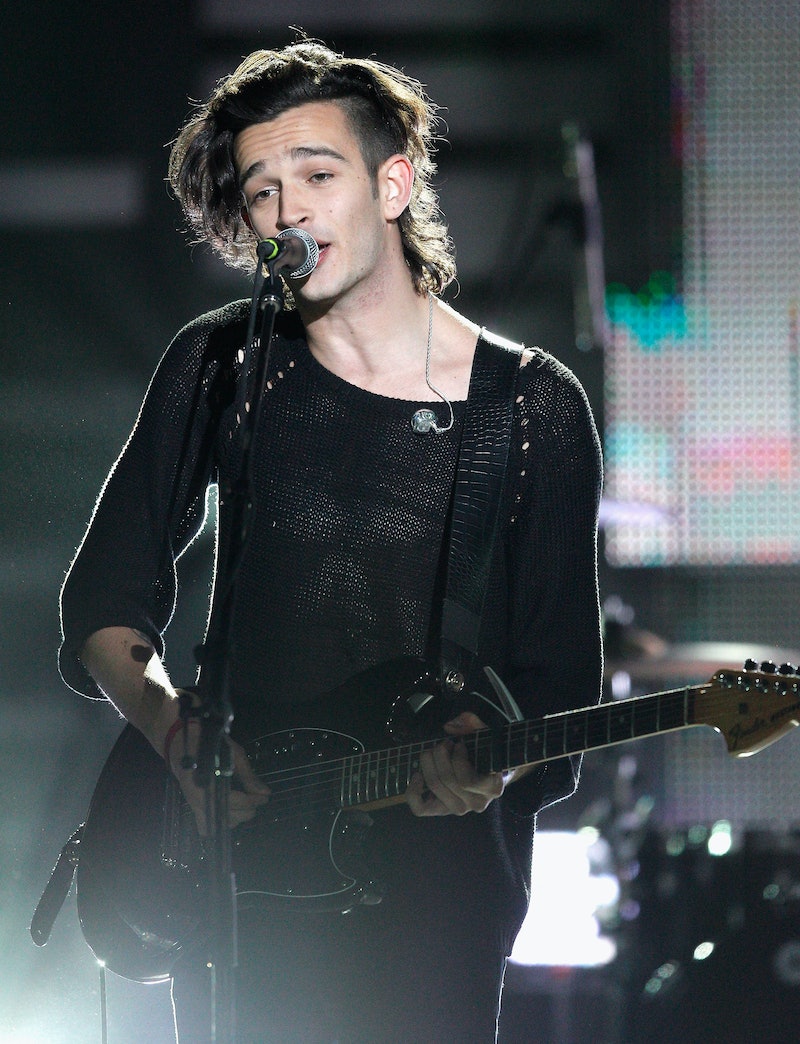 When it's rumored that Queen Madam President Khaleesi, Taylor Swift, is dating a new guy, it's big news — which is something she's previously lamented. In fact, it's especially big news now because she's been so vocal about it and, ironically, because of her lull in dating for about a year or so thanks to all that unwelcome and unfair backlash she got for dating famous dudes previously. She got a ton of hate simply because it bothered people that the 1989 singer is awesome and hence had a few smart guys who wanted to get to know her better. Whatever, though, because she is still doing her own thing, and reportedly Taylor Swift may be dating a lucky guy named Matt Healy.

You may have heard Matt Healy's name a lot lately considering Swift's recently gone to a few of his concerts, but I know I wasn't too aware of him or his band beforehand. Though, apparently I should have been, because this dude is sort of a big deal. And whether Healy and Swift are dating, are friends, or are just big fans of each other doesn't really matter. He's been brought to our attention, and it's time to learn about him.

Cheerio, darling. (Do they actually say that?)

The hair, the accent, the build, the long, dark hair, the pallor...

Swift & Healy have a few things in common:

Check out one of their awesome songs above. Swift has been a total adorbs fan girl for them lately.

And he's right on the money about the unfair standard set for women.

I mean, when it comes to famous people perks, this most definitely tops the list.

Fun fact bonus: Both he and Swift were born in 1989

More like this
Everything To Know About Taylor Swift’s 10th Studio Album, 'Midnights'
By Grace Wehniainen and Jake Viswanath
There's A Taylor Swift Easter Egg In Ryan Reynolds' 'Deadpool 3' Teaser
By Marina Watts
Why Harry Styles & Olivia Wilde Make A Great Couple, According To Astrology
By Nina Kahn
How Ghosts Inspired Kesha's New Music
By Jake Viswanath
Get Even More From Bustle — Sign Up For The Newsletter