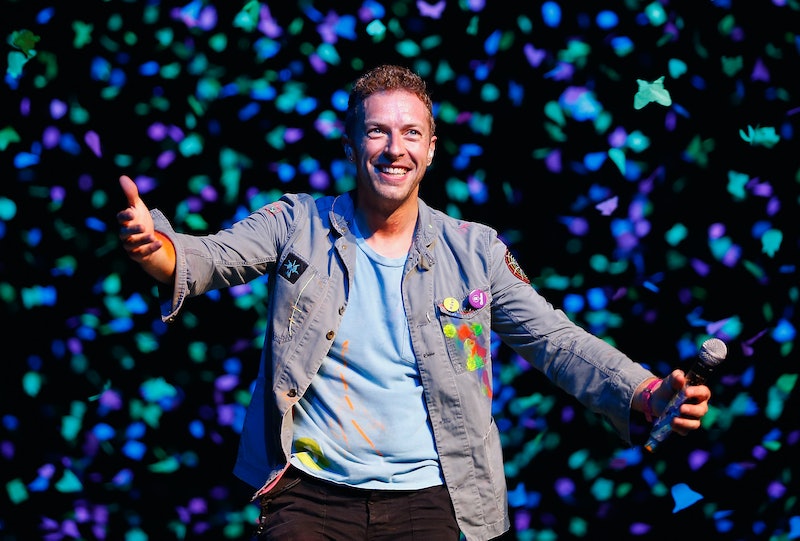 Today is supposed to be a happy day in the music world. Grammy nominations are being released, artists are being celebrated for their work — even Coldplay has scored one nomination so far in the Best Pop Vocal Album category! We should be celebrating! Instead, however, I am slumped over my laptop, listening to "Fix You" on repeat, crying crocodile tears, because of this news: According to ITV, frontman Chris Martin hinted that Coldplay's next album could be their last, because it's their seventh album, and apparently that's a perfect number for albums.

Even "Fix You" isn't alleviating the pain I feel inside at the prospect of this. That's how you know it's serious.

The quote came from an interview with BBC 1, in which Martin revealed the title of Coldplay's next album: A Head Full of Dreams. The happy news, however, soon turned dark:

It's our seventh thing, and the way we look at it, it's like the last Harry Potter book or something like that. Not to say that there might not be another thing one day, but this is the completion of something...I have to think of it as the final thing we're doing. Otherwise we wouldn't put everything into it.

While, yes, that is not exactly confirmation that Coldplay is absolutely, positively, never making any more albums after A Head Full of Dreams, it isn't the most comforting statement either — it just sounds like he's ready to move on. I understand on the one hand, because Coldplay has been around since 1996, but...

How will any of us go on without more of this?

At the very least, we do still have A Head Full of Dreams to look forward to — and hopefully, between then and now, the band will change their minds about an eighth album. I can hope!

More like this
Looks Like She Made It
By Lindsay Zoladz, Beau Grealy and Tiffany Reid
The Spice Girls Just Dropped A Brand New Music Video
By Sam Ramsden
Everything To Know About Taylor Swift’s 10th Studio Album, 'Midnights'
By Grace Wehniainen and Jake Viswanath
Mariah Carey Is Releasing Her “Lost” '90s Grunge Album
By El Hunt
Get Even More From Bustle — Sign Up For The Newsletter