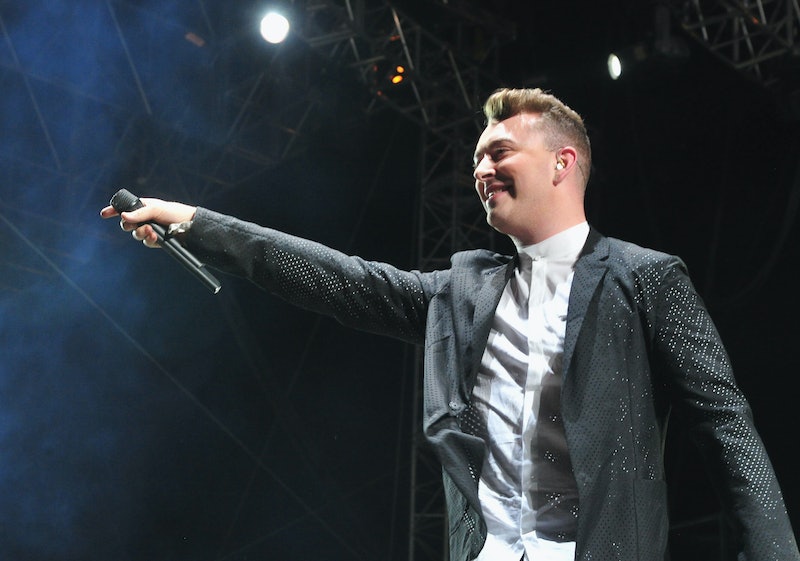 In the battle for Best New Artist at the 2015 Grammy Awards, there's a clear showdown in the works: Iggy Azalea versus Sam Smith. Although there are three other talented artists nominated — Bastille, Brandy Clark, and HAIM — there's no doubt that Smith and Azalea are the frontrunners. So far, both Smith has five Grammy nominations this year while Azalea has four, but that could change when Album of the Year is announced tonight.

Azalea may be new to many people after her big splash with "Fancy," but she's actually been around for a few years. She first burst onto the scene with two controversial songs — "Pu$$y" and "Two Times" — on YouTube back in 2011, then released two mix tapes (Ignorant Art in 2011 and TrapGold in 2012) and an EP (Glory in 2012) before putting out her debut full-length album, The New Classic, this April. In addition to "Fancy," singles like "Black Widow," "Work," and "Change Your Life" have also been playing a lot, and her collaborations with Ariana Grande on "Problem" and Jennifer Lopez on "Booty" also topped the charts. But after three years in the industry, she just doesn't seem like a "new" artist.

In my eyes, Smith is the true breakout star. His debut album, In the Lonely Hour, was released in May 2014 and has already sold millions of copies and topped charts worldwide. After Taylor Swift's 1989, he has the second-best-selling album of the year, which is no small feat. He's been on a roll with five big singles so far — the three most popular being "Stay With Me," "I'm Not the Only One," and "Money on My Mind" — and recently scored Favorite Male Artist at the 2014 American Music Awards. Considering that no one knew his name a year ago, he feels like the most "new" artist out of the bunch, especially when compared to Azalea, who had a huge 2014 after working for it for three years. It's Smith's time to shine, and with the potential to win four Grammys, he'll be in a huge spotlight.