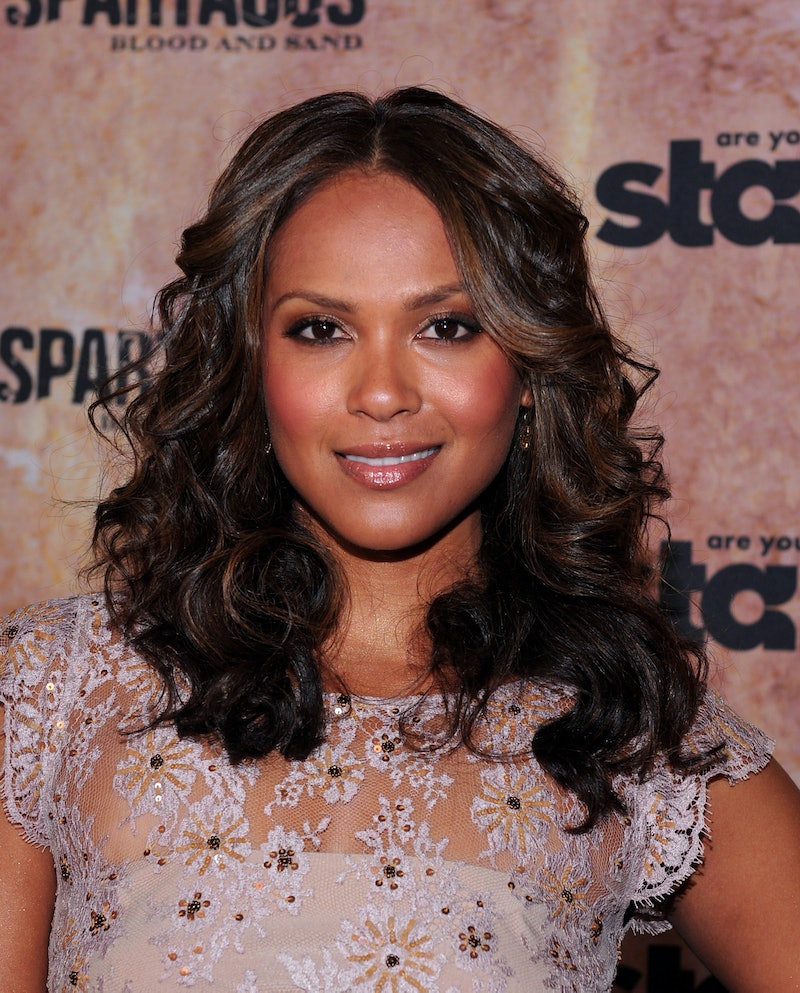 Lesley-Ann Brandt: if you haven't heard the name before, you will soon. The South African actress moved to New Zealand when she was 18, and it was there she first began her film and television career. Though she's only been working professionally for the past seven years, Brandt has already made the jump to American TV, and she has appeared in several shows with huge fan bases. Now, she's headed to TNT's The Librarians. So where do you know Lesley-Ann Brandt from? She's becoming famous for her roles as strong, powerful women who have no qualms about standing up to the men in their lives.

Like her latest part on the new TNT series The Librarians, a spinoff of the eponymous TV movie. We don't yet know much about Brandt's character, other than that her name is Lamia, and that she'll appear throughout the first season. But The Librarians — about a bunch of book nerds who battle against evil supernatural forces — looks action-packed and full of girls who kick butt, so it's a pretty safe bet Lamia will be doing the same. The part should be no sweat for Brandt, who's played some pretty no-nonsense ladies in her time (though probably none who've also earned a degree in Librarian and Information Sciences).

I actually worked at a library when I was in college, but I never got to battle baddies from another dimension or have my makeup professionally touched up. What a ripoff! The Librarians is Brandt's latest project, but you'll want to check out here earlier stuff as well.

Brandt was first seen as Larissa Diaz, aka the contract killer Copperhead, in the midseason finale of Gotham. In the original comics, Copperhead was male, but the show went with the female version of the character (who first appeared in a 2013 Batman video game). Copperhead is a vicious villain who was sent to kill preteen Selina Kyle — though we don't know yet whom she's working for. The assassin managed to get the better of Jim Gordon at one point, and she remained alive at the end of the episode, so there's a good chance we'll see more of Brandt when Gotham returns in January.

Though not exactly another killer, Brandt's character, Naomi, on Single Ladies definitely stirred up serious drama on the VH1 series. In her Season 3 arc, Naomi shows up on Ladies with a big announcement: she was married to Malcolm's dad, and therefore that entitles her to half of Malcolm's jewelry business. Um, excuse me? You don't even go here, Naomi! Not only did the character tangle with Malcolm, she also pissed off his girlfriend Keisha — never a good move.

Spartacus: Gods of the Arena, Blood and Sand

After filming just one season of a New Zealand TV show (Diplomatic Immunity), Brandt made the jump to American TV in a big way, when she landed the role of slave-turned-warrior Naevia on Starz' Spartacus: War of the Damned in 2010. Her character started the show as a horribly mistreated sex slave, but as the series continued she managed to escape, then became a soldier alongside her lover Crixus. She appeared in all of the Spartacus miniseries, before finally being killed by Caesar during battle. Hey, if you gotta go, getting killed by one of the most famous generals of all time isn't a bad way to do it. Also, Naevia took more than a few Romans with her, so we'll call it even.

Editor's note: This article previously stated that Brandt starred in subsequent seasons of Spartacus. She did not.