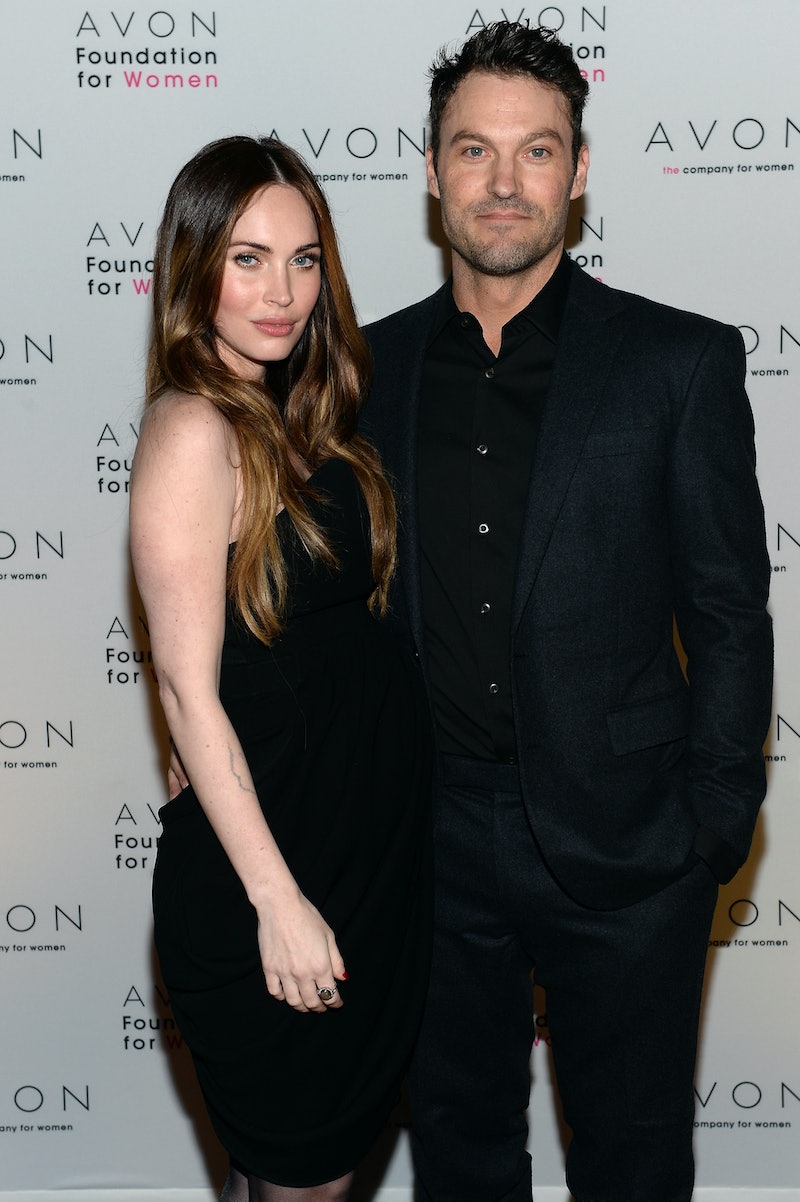 On Thursday, Dec. 4, Entertainment Tonight reported that Megan Fox and Brian Austin Green were hit by a drunk driver. The Transformers actress and the former Beverly Hills, 90210 actor's car accident took place in Los Angeles. Luckily, they reportedly sustained zero injuries after getting sideswiped. Per TMZ, the LAPD arrested the driver and he will face drunk driving charges. Allegedly, TMZ's law enforcement sources revealed the 35-year-old male was at "twice the legal limit."

Apparently, Green was driving his Range Rover when the other car, a Mini Cooper, hit he and his wife coming from the opposite direction by crossing over the yellow line. The impact was forceful enough to cause the tire to blow on the Range Rover. Green called the cops, who then took the driver into custody. Fortunately, their children, sons Noah, 2, Bodhi, 9 months, and Kassius, 12 (Green's child with actress Vanessa Marcil), were reportedly not with them at the time of the accident.

Green and Fox aren't the only well-known celebrities to be in a car accident recently. A few days ago, Angelina Jolie was also involved in a minor crash, when her chauffeured SUV slammed into a curb. Like Green and Fox, she also, luckily, walked away uninjured.