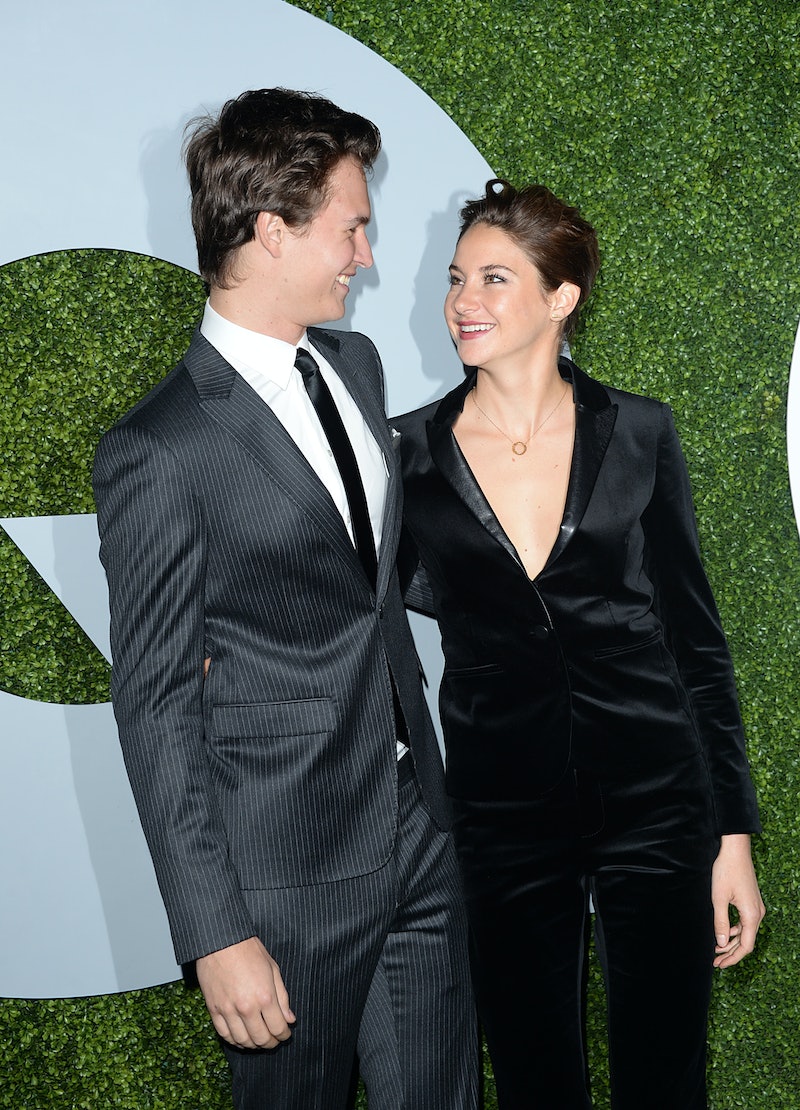 Your heart may still be broken after watching The Fault in Our Stars , but Shailene Woodley and Ansel Elgort's adorable offscreen moments will make you smile again. The sweet costars are still best friends, and they reunited on Thursday night at GQ's Men of the Year party with hugs, hand-holding, and giggles. They've since moved on from TFIOS to working on Insurgent (where they play siblings, so, a little awkward) so they haven't been apart that long, but seeing them together again got me thinking to all of their ridiculously cute moments over the past year. It's hard to believe, but they've only known each other since 2013 when they started filming Divergent.

Whenever Elgort and Woodley get together, some sort of magic happens. They're in their own little world, and it's filled with plenty of affection, inside jokes, and so much fun. It's hard to keep your eyes off of them, whether they're recreating the heartbreaking bench scene from TFIOS , goofing off during interviews, dancing around together, or just striking the perfect pose on the red carpet. Basically, we should look up to them for how to be the perfect BFFs, and you can start achieving that with this guide to their friendship.

They Love Working Together

When Woodley asked Elgort if he preferred playing her boyfriend or her brother, he immediately answered "boyfriend" during a Q&A. Sorry, Caleb and Tris.

Their Reunions Are Always Adorable

This one was a bit heartbreaking, but also sweet, as they recreated the bench scene.

They Love to Hug

Any chance they get, they take it.

They Even Demonstrate How to Hug Someone Properly

Woodley and Elgort showed MTV's Josh Horowitz how it's done.

And we don't want them to stop.

They Know Each Other Better Than They Know Themselves

They Support Each Other

Especially when it comes to dancing.

And They Also Dance Together

Nat Wolff joined the party for this dance-a-thon during the TFIOS tour.

They Even Do Gross Things For One Another

They Dress Up Together

And embrace on the red carpet, of course.

They Can't Keep Their Eyes Off Each Other

That look of love is a sign of true friendship.