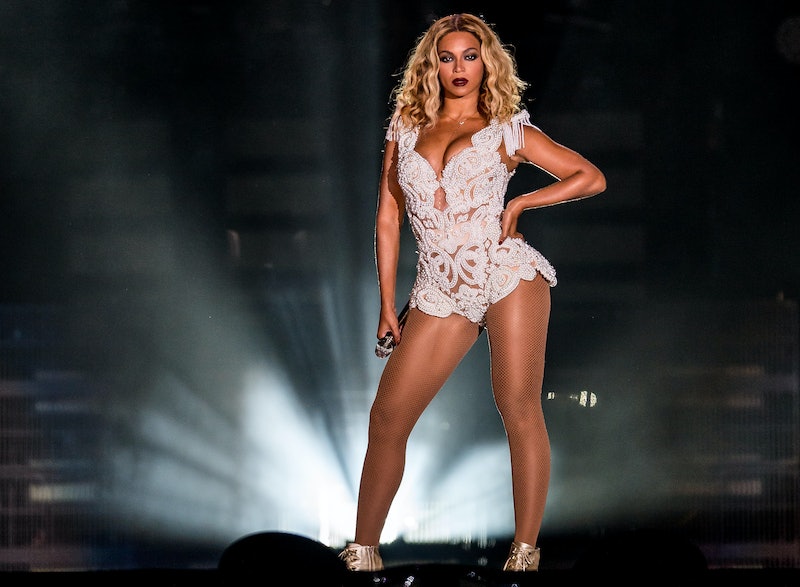 Considering she's Queen Bey, this really doesn't come as too much of a surprise to me: But still, it's the type of news that's nice to hear, especially on such a happy day in the music world like this one. First things first, ICYMI, Beyoncé's surprise self-titled album, Beyoncé , was nominated for a Grammy in the Best Urban Contemporary Album category — bringing her total number of Grammy nominations throughout her career in the industry to a whopping 47. Amazing! But again, she's Queen Bey, so who expected anything less? Turns out, however, that's not the most amazing news about this nomination, though: According to JustJared, this nomination allowed her to just surpass Dolly Parton in total number of Grammy nominations, making Beyoncé the most Grammy-nominated female artist in history.

As previously reported, Beyoncé has won a total of 17 Grammys from all her nominations, beginning in 2001 all the way back when she was still apart of the group Destiny's Child. (For the record, Dolly Parton won 7 of her 46 Grammy nominations, which is still majorly impressive.)

Grammy nominations are still being announced all day today, so it's possible that Bey's nomination number could still grow as the day continues — and, of course, with the Grammys not actually taking place until February 8, 2015, it's possible her total number of wins could go up, too. Just another day in the life of Queen Bey...

More like this
Beyoncé’s Special Tribute To Sister Solange Was Both Touching & Hilarious
By Stephanie Topacio Long
Stormzy Made A Passionate Speech About The Importance Of Diversity
By El Hunt
Everything To Know About Taylor Swift’s 10th Studio Album, 'Midnights'
By Grace Wehniainen and Jake Viswanath
How Ghosts Inspired Kesha’s New Music
By Jake Viswanath
Get Even More From Bustle — Sign Up For The Newsletter