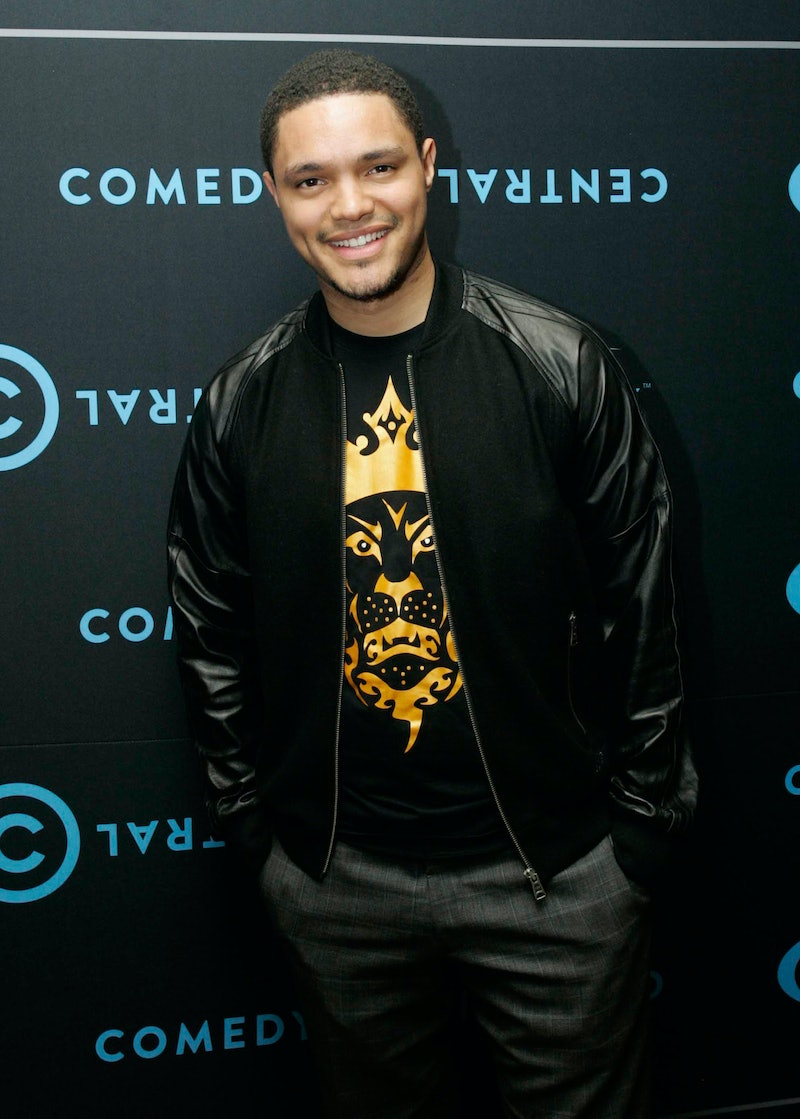 Jon Stewart either has really good luck or really bad luck, depending on how you look at it. Because it seems that no matter who he ends up casting on The Daily Show, they shoot to near instant fame and end up leaving Stewart behind. And, not only that, but they enjoy years of ongoing success after having left the show. For example, some people you may know, including Stephen Colbert, Steve Carell, Ed Helms, John Oliver and one of the newest Saturday Night Live comedians, Michael Che. So, I can only imagine that The Daily Show's new correspondent Trevor Noah, is probably pretty stoked about his new, impressive, gig. I know I sure would be.

But, before we declare him an official celebrity just yet, let's get to know the real him. The Trevor Noah who's still humble and unknown, before he's no longer one of us mere un-famous people. Basically, what I’m trying to say is that we should just get a better understanding of who he is before he's eating caviar with Bey, Jay, and Gwyneth Paltrow on a yacht in the Mediterranean somewhere.

So, here are a few facts to help you know Noah better:

And a majority of his comedy is based on his culture.

He did stand up for Prince William & Kate Middleton

NBD, guys. Just hanging out with the duke and duchess of England at The Royal Variety Performance.

He appreciates a good pun

His new role on The Daily Show is certainly deserved

I always enjoy a comedian who can be funny without being obnoxious and over-the-top. He's super relaxed and it works well.

He's got an extensive resume

In addition to being a comedian, he was a soap opera actor, a radio personality, and a TV show host.

More like this
Is Dua Lipa Dating Trevor Noah? New Photos Show Them Kissing & Hugging
By Brian Anthony Hernandez and Martha Sorren
Bustle Daily Newsletter: October 4, 2022
By Hayley Schueneman
9 Movies & TV Shows That Prove Stanley Tucci Elevates Everything He’s In
By Jake Viswanath and Radhika Menon
Who’s The Richest 'Grey’s Anatomy' Star? See The Net Worth Of Each Cast Member
By Hugh McIntyre
Get Even More From Bustle — Sign Up For The Newsletter