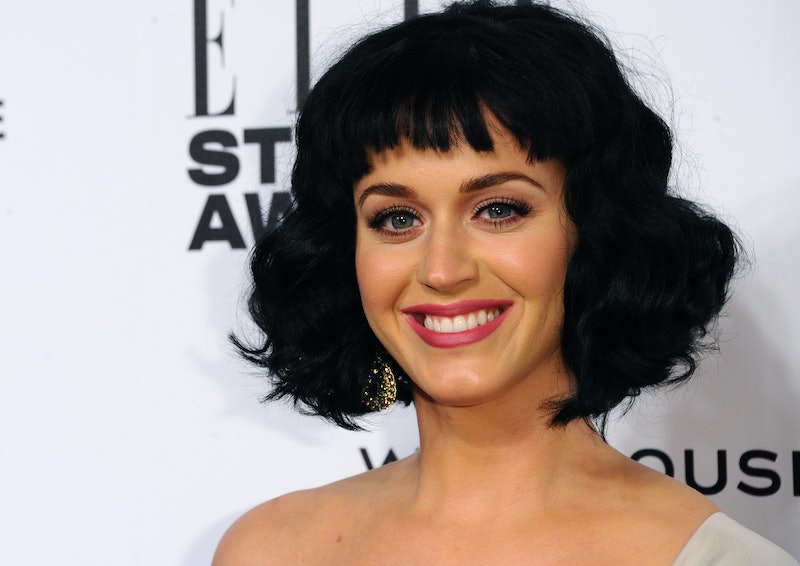 Katy Perry has been nominated for either Best Female Pop Vocal Performance or Best Pop Solo Performance at the last six Grammy Award ceremonies. (Sadly, she hasn't triumphed just yet.) However, on Friday, when the Pop Solo nominees for the upcoming 57th Annual Grammy Awards were announced, Perry's name was strangely missing from the list. Where was "Birthday"? Where was "This Is How We Do"? So far, Perry's managed to land two 2015 Grammy nods: her last studio album, 2013's PRISM, is nominated for Best Pop Vocal Album, and her collaboration with rapper Juicy J, "Dark Horse," is nominated for Best Pop Duo/Group Performance. But why didn't "Dark Horse" make the cut for Record of the Year? And why isn't she a Pop Solo nominee? Where is Katy Perry??

Those are good questions! Let's see if we can sort this out...

There are a couple of reasons why Perry has been largely absent from Friday's nominations so far (even though she had a decent year). First of all, it's important to point out that PRISM could still be nominated for Album of the Year — the nominees in that category just haven't been announced yet. They'll be revealed tonight during a one-hour special called A Very Grammy Christmas on CBS. So, when it's all said and done, Perry could conceivably collect one more nomination today, for a grand total of three. (Though, to be honest, I don't think it's likely.)

OK, but why wasn't Perry nominated for Best Pop Solo Performance? She had a six-time streak going on in that category! Well, that, my friends, seems to be entirely Perry's fault. She reportedly didn't submit any songs for consideration — not even "Birthday." I think that was a mistake. Sure, "Birthday" wasn't as big of a hit as Perry's previous nominees, but considering her track record in Pop Solo, I think she should've just gone for it. As I mentioned earlier, despite 11 previous nominations, Perry has yet to actually win a Grammy. What would've been the harm in (possibly) having another chance? I don't get it.

Still, Perry has two 2015 Grammy nominations — that's more than many artists (and she could nab one more before the day is through). She didn't go anywhere, she's just missing from a few key categories this time around. Will Perry win her very first Grammy when the ceremony airs live on Sunday, Feb. 8, 2015 on CBS? My fingers are crossed.

More like this
Everything To Know About Taylor Swift’s 10th Studio Album, 'Midnights'
By Grace Wehniainen and Jake Viswanath
Is Dua Lipa Dating Trevor Noah? New Photos Show Them Kissing & Hugging
By Brian Anthony Hernandez and Martha Sorren
Wallows Want Their Own Epic “Lizzo Flute Moment”
By Jake Viswanath
Lizzo Twerks While Playing James Madison's 200-Year-Old Crystal Flute Onstage
By Radhika Menon
Get Even More From Bustle — Sign Up For The Newsletter