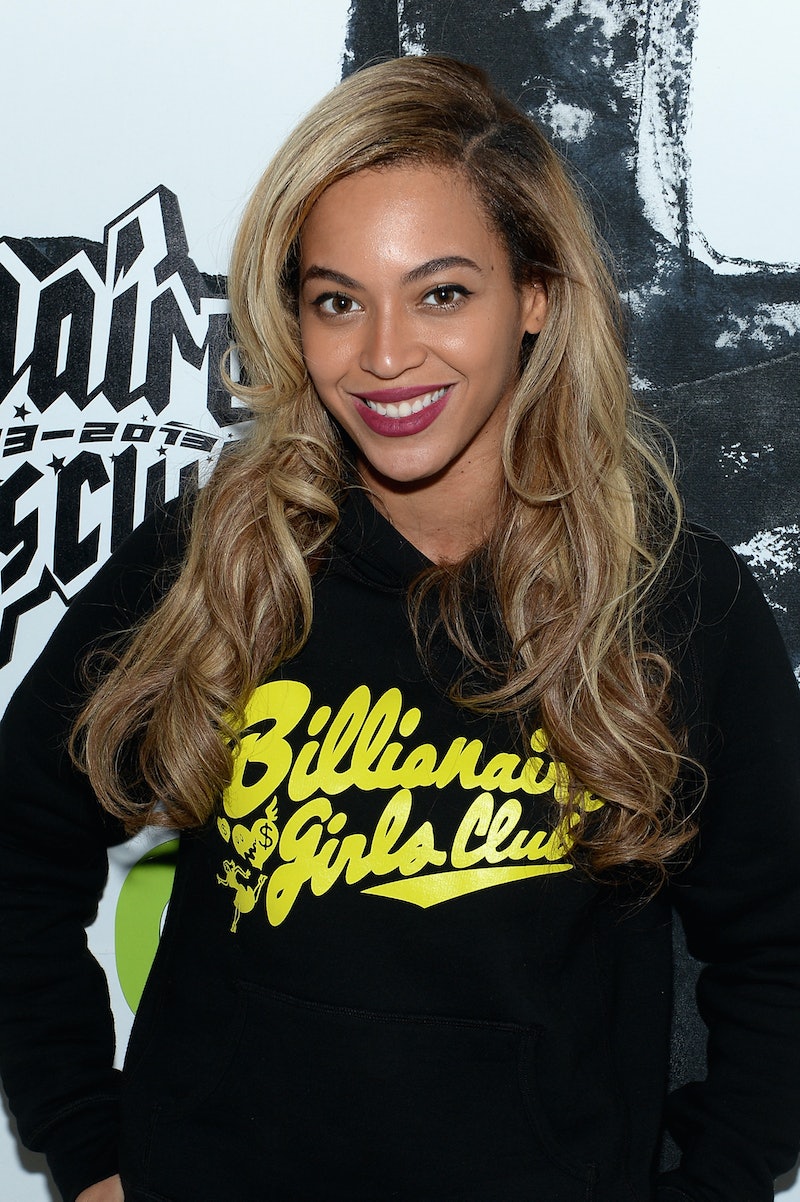 While everyone else was busy pondering their inconsequential existences (well, maybe that was just me), Queen Bey was busy giving us yet another reason to bow down and rush the Beygency headquarters to apply for a full-time gig. On Thursday, she made history by surpassing Dolly Parton to become the most Grammy-nominated female artist in history with 51 nods and counting, which puts her on course to beat Kanye West. Shattering records and excelling at what she does seems almost second-nature for the 33-year-old singer, and by now I've pretty much come to expect it from her. That makes it all the more tempting to gloss over her latest achievement as just another day in the life of Beyoncé. But the fact that she is the only woman of color to crack the top 10 on the list of most Grammy nominations makes this news infinitely more significant.

On the one hand, it's 2014, so it's kind of depressing and quite sobering that we still have to highlight accomplishments based on gender and race. However, this is a victory for both women and people of color that represents something more than Beyoncé shocking everyone last year with a groundbreaking surprise album release or even landing on the cover of TIME Magazine 's most influential issue.

Sure, those aren't things we've previously seen from Beyoncé, but the Grammys are the height of musical achievements and it speaks volumes that an organization of such stature has such a major issue with diversity. I mean, it certainly isn't for lack of artists who are of women of color. But until the diversity issues are resolved, there still remains a need to call attention to victories like Beyoncé's, lest they get swept under the rug. Otherwise, we run the risk of allowing the system to remain in its current unbalanced state.

Now when (yes, when) she reaches the top of the Grammy nomination list or makes another huge leap forward in setting records for women of color, the thought of shrugging it off as just another Beyoncé accomplishment won't even enter my mind. It'll be yet another major win in the bag for the promotion of diversity, and that is definitely a victory worth celebrating.