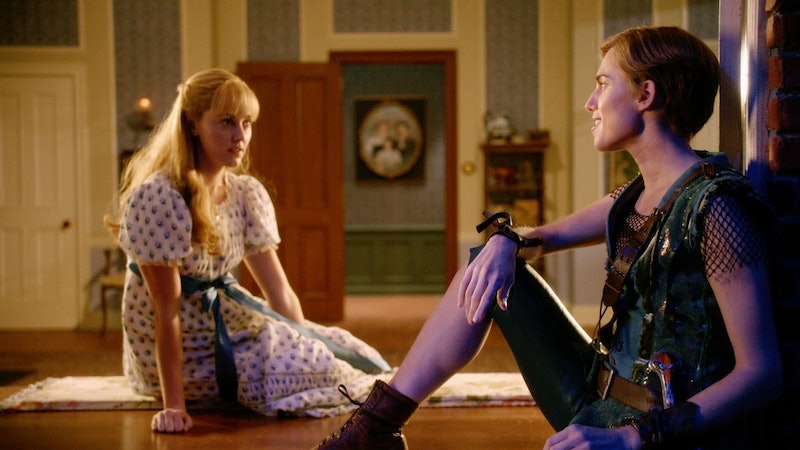 Peter Pan Live! may have gotten fairly good reaction from audiences and critics alike — and, I've gotta hand it to Allison Williams, the girl can sing — but, unfortunately, it doesn't look the same can really be said for the ratings. According to EW, Peter Pan Live! scored solid ratings during its three-hour airing on NBC Thursday night, but, compared to last year's live production on the network, Sound of Music Live!, they were down about 51%. Kind of makes you wonder: Is this indication that the allure of the live television stage production fading?

Let's take a look at the numbers: Peter Pan Live! reportedly scored about 9.1 million total viewers during its broadcast, with a 2.3 rating amongst the advertiser-coveted demographic of adults 18-49. Comparatively, last year's Sound of Music Live! nabbed a whopping 18.6 million viewers and a 4.6 rating for the same demographic — significantly higher.

When you think about it, the drop in ratings does make sense: Sound of Music Live! scored more viewers likely because it was the first time NBC was putting on a completely live production, and audiences were interested to see whether or not a star like Carrie Underwood could pull off a historic role once portrayed by Dame Julie Andrews. In Peter Pan Live!'s case, it was NBC's second time around, and Allison Williams as Peter Pan isn't as shocking a casting choice — perhaps the novelty around a live production just faded for some audience members.

Whether or not this trend will continue still remains to be seen, though: NBC has already confirmed their third live television performance for 2015 with a production of The Music Man , so there's still hope that the gimmick could stand another few years if those ratings hold steady.