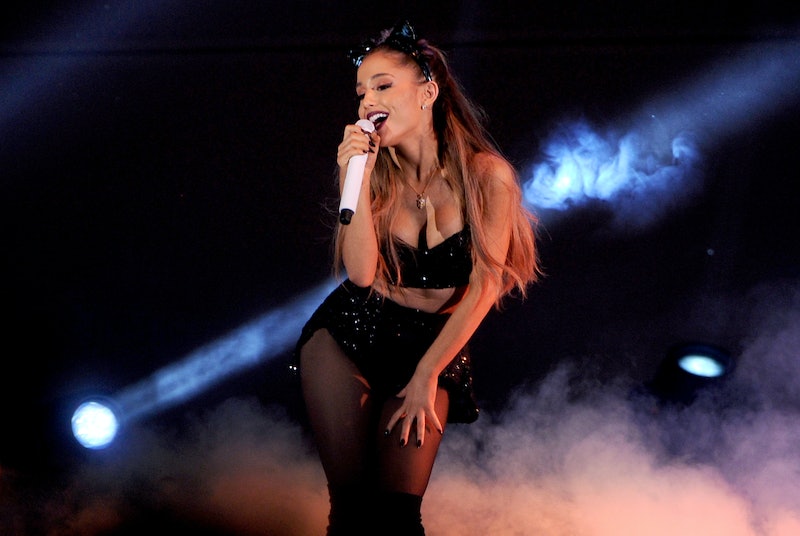 On Friday at 9/8c on CBS, you can catch a holiday music spectacular filled performances by Grammy-winning artists such as Maroon 5, Pharrell Williams, Tim McGraw, and a special appearance by Ariana Grande. They're calling it A Very Grammy Christmas . The final announcement of the Album of the Year nominees will also be revealed during the show, which is all the reason you need to tune in. The stars will perform holiday favorites as well as their own chart-toping hits, plus special interviews and inside looks into the artists' favorite Christmas and Grammy moments. You just might get the chance to see Adam Levine rock an ugly Christmas/Hanukkah sweater, and then tear it apart to reveal an ugly Christmas sweater painted onto his abs. A girl can dream, no? There's plenty to look forward to, and just in case you can't catch it on-air, can you watch A Very Grammy Christmas online?

There is the option to watch live with CBS All Access, which is available for $5.99 per month. There's also the option to try it out with a one-week free trial... in some areas. You might be able to catch up on the concert hosted by LL Cool J (I sure hope he has a Santa Kangol hat on) if you have DVR with your cable package, or you can watch the entire program the next day on-demand.

For example, if you are a Comcast/Xfinity customer, you can now watch a few sneak peaks from A Very Grammy Christmas and then watch it later after the broadcast. There are also oodles of clips on the Grammys official website. However, it appears that if you're not going to watch the show live, then you should at least be prepared to shell out a few bucks. Then again, why would you want to miss it? Happy viewing!