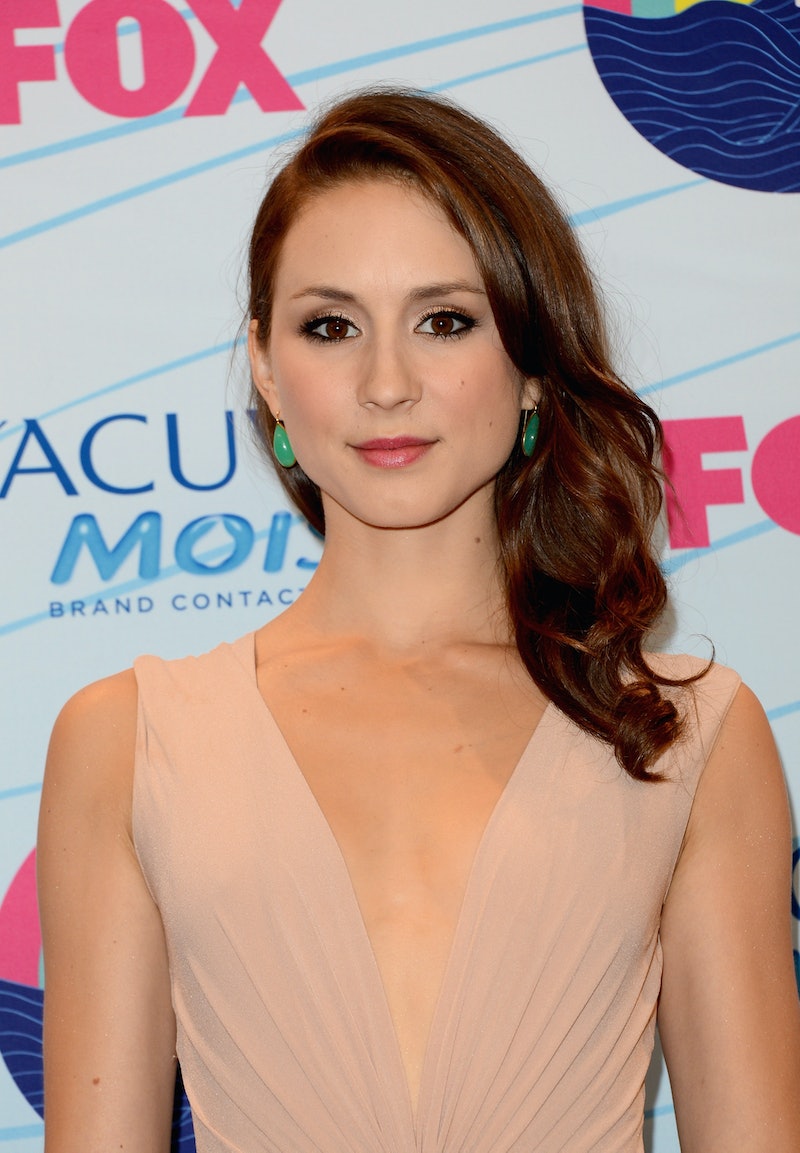 Do you like ABC Family? Do you like mystery dramas? Do you consider yourself a Pretty Little Liars fan? Good! Then, put on your black hoodie and keep reading. In addition to loving PLL, I. Marlene King for creating the series, and the fantastic story lines, we also can't get enough of the cast. From Lucy Hale as Aria to Shay Mitchell as Emily to Ashley Benson as Hanna, these girls have become a huge part of viewers' lives. Yes, that also includes Troian Bellisario as Spencer Hastings. Like most of the cast, Spencer is a force to be reckoned with.

Whether she's studying for tests trying to get into college or playing detective to decipher the identity of "A," Spencer is highly intelligent. You should never underestimate someone with brains. Of course, she's so much more than that, as she's also quite the looker (duh), is full of heart, and is one my favorite characters on PLL. We must remember that we wouldn't have Spencer without the help of Bellisario. She plays the role beautifully, and I can't imagine someone else as the youngest Hastings.

Just like Spencer, Bellisario is beloved for her many talents. Speaking of these two amazing women, if you're not a fan of either, then I recommend keeping that detail to yourself. Spencer and Bellisario have quite the fan base, so if I were you, I wouldn't divulge your distaste for either.

With that said, here are 11 things to avoid saying to fans of Bellisario, or you just might get chewed out in typical Spencer fashion, which can leave a bad taste in your mouth.

You have no idea how much those three little words hurt. My heart is in pain. Of course, Spencer and Toby will last. They make one great detective team, plus they've lied so many times to protect one another that they can power through anything.

First, I have no idea if Bellisario does drugs, and is it really any of your business? Second, you're probably just thinking that, because Spencer got hooked on pills. If someone is an actor, that doesn't mean he/she literally takes their work home with them.

"Why does she dress so preppy?"

Again, that's Spencer and not Bellisario. Now, maybe on occasion Bellisario does sport preppy attire, but if she does who cares? I'm sure she totally pulls it off too.

"Spencer's an overachiever and always talks down to her friends."

Don't hate on anyone that is smart. Yes, she is intelligent and doesn't hide it. Good for her! Admittedly, sometimes her smarts come off as uppity, but that's just typical Spencer. I don't think she honestly means anything by it and is embracing her personality.

"I can't believe she's engaged to that Suits actor."

Why? I think you're just jealous, because Patrick J. Adams seems like a real sweetie (not to mention, hes crazy talented) and head over in heels love with his future wife. The two are absolutely adorable. Just look at this photo. Yep, they're perfect.

"Does she even come from a famous family?"

Who cares if she does or doesn't? To answer that question, yes, she does. Isn't this common knowledge by now? Not only is her stepbrother Sean Murray aka McGee from NCIS aka Thackery Binx from Hocus Pocus, but her dad is well-known producer Donald P. Bellisario (NCIS, JAG, Quantum Leap).

Who wants any of the Liars to be "A"? OK. I think I see some hands raised, because that would be one amazing twist, right? However, fans love these girls so much that I don't know if they could handle that news. Oh, and Spencer definitely has it in her to be "A," so it could happen.

"Why does Spencer get all of the hot guys on PLL?"

Because she is uh-mazing! Emily, Hanna, Aria, and Spencer all have their fair share of hotties, but, for some reason, Spencer has access to all kinds of gorgeous men. From Toby to Wren to Andrew to Alex, she definitely doesn't have slim pickens.

"She needs to eat something."

Bellisario hasn't been shy about admitting to an eating disorder. She bravely opened up to Seventeen about self-harming saying,

I would withhold food or withhold going out with my friends, based on how well I did that day in school. Being a teenager is chaotic because you're kind of coming into your own, but you're not an adult; you're fighting with your parents over responsibilities and freedom. I didn't know what was right and what was wrong, so I think I created this bizarre system of checks and balances to create order in my world. But it really backfired.

Before judging, get to know someone and support him/her if he/she is suffering from any type of issue.

"Does she even do anything else other than star on that ABC Family show?"

Of course she does! Particularly, she's known for playing the title character in Lauren , a web series following a solider dealing with the aftermath of reporting a rape at the hands of her superior officers. She's also starred in NCIS and will guest-star in an upcoming Suits episode.