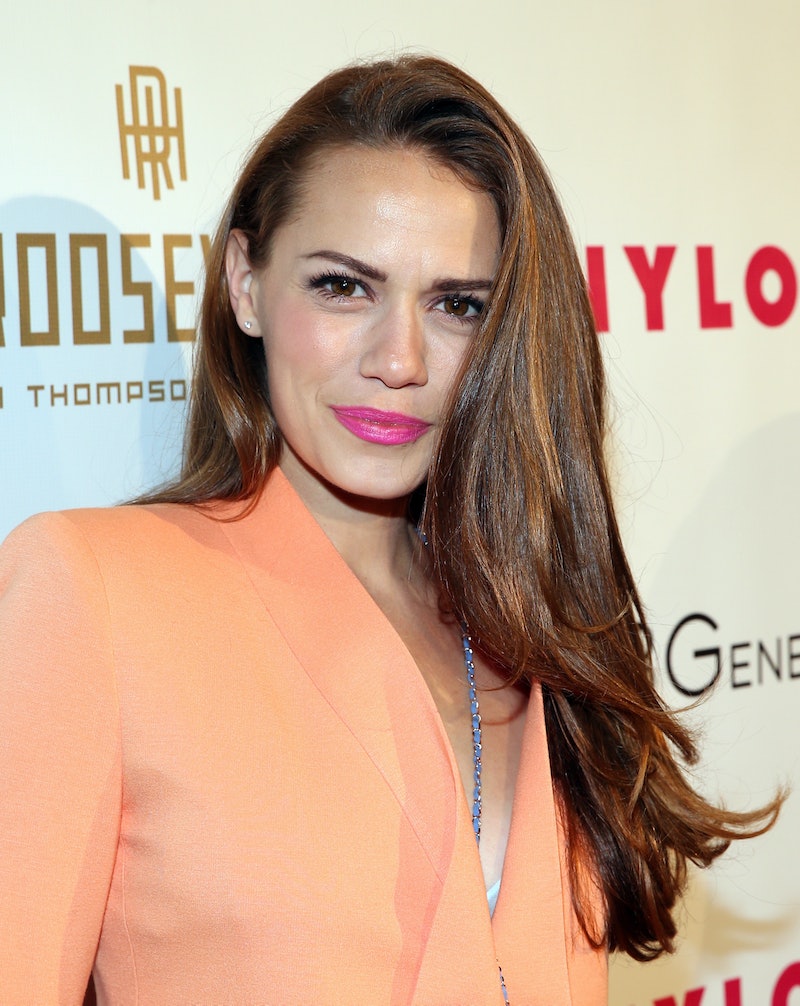 There are very few things that can make me look up from watching One Tree Hill for the 900th time on Netflix. Mostly, those things are One Tree Hill-related and happening in the present — like Sophia Bush and Bethany Joy Lenz's mini- OTH reunion back in November. But, this time, the ever-glorious Brooke Davis has nothing to do with why I'm stepping back from my favorite season of OTH (OK, I'll admit it, I have more than one favorite season). Haley James Scott herself, Bethany Joy Lenz, is starring in Hallmark Channel's The Christmas Secret on Dec. 7. There's nothing like another OTH alum on television to make this the best holiday season ever.

Unlike Bush, Bethany Joy Lenz hasn't spent much time in the spotlight since OTH ended its nine-season run on The CW in 2012. So, what has Lenz been up to since she left Tree Hill, NC? The 33-year-old star had a few guest-starring roles on popular TV series and filmed a scripted-series pilot for E! that ultimately wasn't picked up. Lenz, who debuted her singer-songwriter skills on OTH, has continued making music in her absence from the small screen. Here's what the former Mrs. Scott has been up to since she said goodbye to your favorite teen drama and hello to The Christmas Secret.

Back in November, Bush and Lenz got together, took a selfie, and gave us all a reason to feel #blessed on Thanksgiving. Clearly there really is one Tree Hill and, even you leave it, the love you found there never leaves you. Sigh.

In July 2014, Lenz released a new single, "Calamity Jane," on iTunes. The song, according to her blog, broke the top 10 on the Country charts in France, the UK, and Australia.

Lenz starred as Holly in the fourth episode of the comedy web series that launched in 2014. The series, which airs exclusively on Vimeo, is available for download here.

In 2014, E! announced that they'd order an hour-long scripted drama series, Songbyrd, that would star Lenz as singer-songwriter Lauren Byrd — a character loosely based on Diane Warren — as well as Rumer Willis. Ultimately, it was announced in May 2014, Songbyrd was cancelled by the network before it aired. Robbing us all of the return of Lenz and her vocal talents to our weekly TV lineup.

Lenz joined the cast of Dexter as Cassie Jollenston during the Showtime series' final season. Cassie, a former finance executive who's introduced as a friend of Jamie's, goes on one horrible date with Dexter and then meets a messy end.