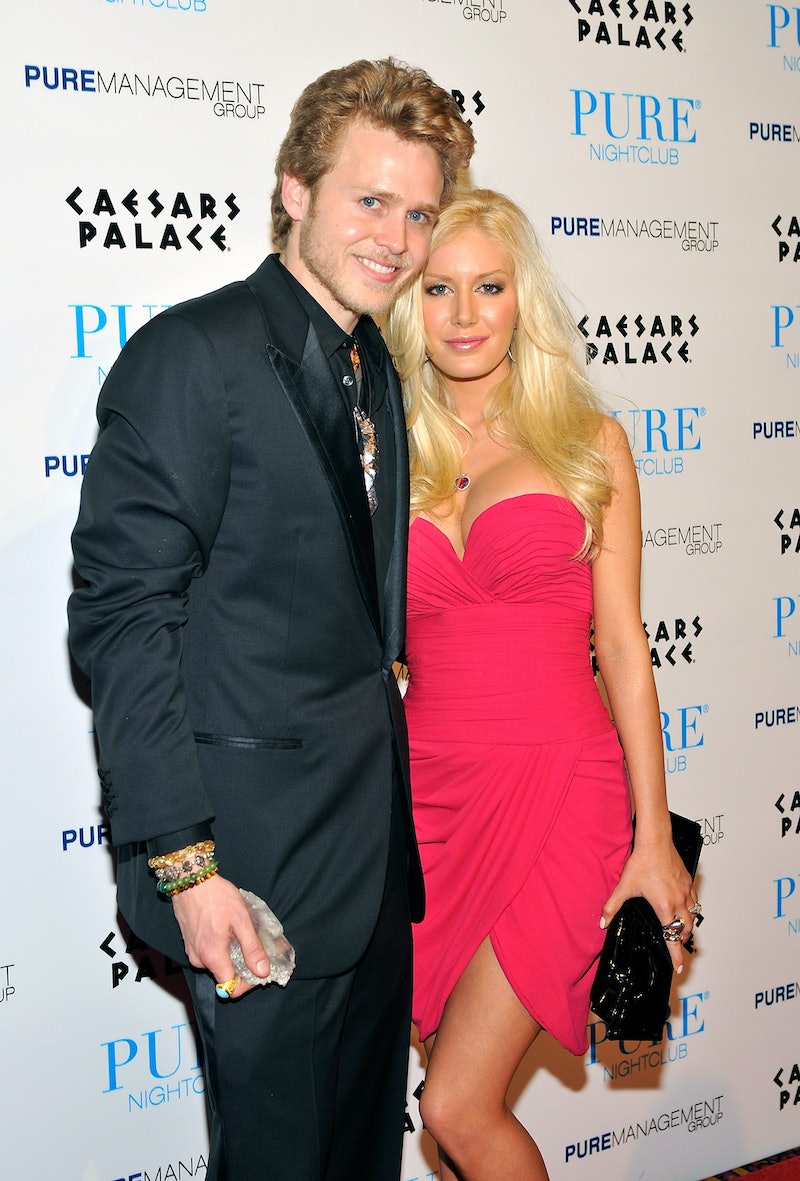 Heidi Montag and Spencer Pratt absolutely refuse to give in to the whims of the masses who would like them to be permanently barred from making any more TV appearances. The couple's latest act of defiance comes in the form of a role on WEtv's Marriage Bootcamp . While their other buddies from The Hills are burgeoning Martha Stewarts, Speidi have made it clear that they plan to ride this reality TV thing until the wheels fall off. Honestly, couples hashing out their marriage problems is already difficult enough to watch, but witnessing Montag and Pratt air out their issues will make it that much worse.

Marriage Bootcamp premieres on Jan. 9, and the reality couple's storyline will involve them discussing parenthood. As expected, Montag claims she is more than ready to become a mother, while it's no surprise to learn that Pratt has flatly refused to have children, a fact that his wife justifies by stating that saying no to kids is a normal response for a 31-year-old man. Wait...hold up. Stop the press. Spencer is only 31?! I could've sworn he was approaching his early 50s by now.

Anyway, proving that they're totally the little train wreck that could, Montag shows us that she hasn't really moved that far beyond her days on The Hills by coming up with another one of her antics in order to get her husband on board with trying for babies. Ugh. It's clear that this will probably be another huge fail, sort of like Montag's fish ad that New Zealanders hated so much they successfully petitioned the company to have her replaced.

I do plan to tune in to watch the other cast members like Bad Girls Club's Natalie Nunn (does she still run LA.?), and with an appearance by the Real Housewives of New York's Aviva and Reid Drescher, I can't wait to see if Aviva's leg will steal the show again. But if I happen to catch a glimpse of Speidi in the process, it'll just be considered collateral damage.

Check out the Marriage Bootcamp clip below:

More like this
Molly-Mae Hague & Tommy Fury Celebrate Pregnancy Reveal In The Sweetest Way
By Sophie McEvoy and Sam Ramsden
Kendall Jenner Thinks Tristan Thompson "Wanted To Trap" Khloé With Another Baby
By Jake Viswanath
Clayton & Susie Broke Up, Citing "A Significant Amount Of Pain" After 'The Bachelor'
By Jordyn Tilchen
‘The Ultimatum: Queer Love’ Is Officially On The Way
By Radhika Menon and Kadin Burnett
Get Even More From Bustle — Sign Up For The Newsletter