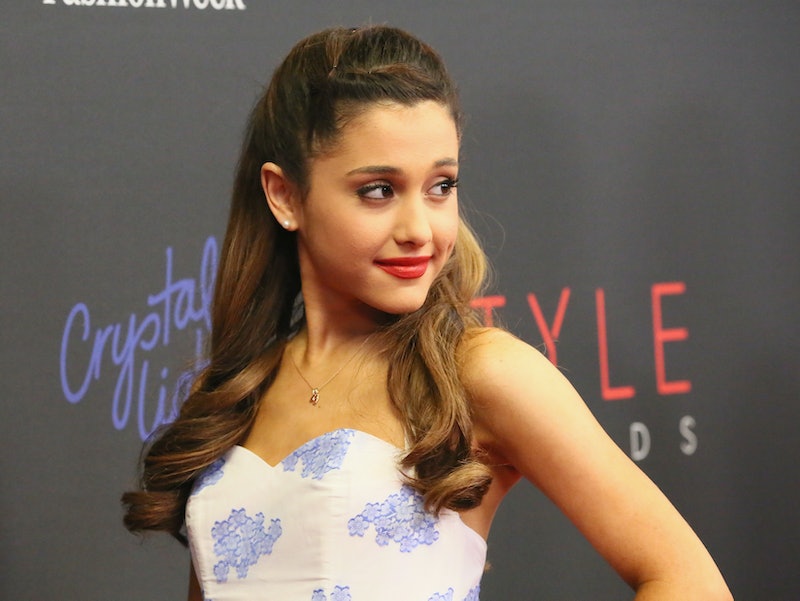 I live for the Hollywood drama. I love the controversy involved with reality shows, movies, and magazine interviews. However, the most entertaining stuff has to be the unscripted scandal. I am talking about the real life issues between celebrities, which is why I bring you the eight best celebrity Twitter feuds of 2014.

In the past, this type of Hollywood strife was just the stuff of legends, but now we are in the era of social media. This means that we have a visual confirmation of all the controversy and we can even follow along live — and the best place to see this unfold is on Twitter. Even with a limit of 140 characters, many stars use the social media platform to engage in Twitter feuds. And there was plenty of beef going on throughout 2014. There were family members getting passive aggressive. A comedian taking on a former Secretary of State. A dead rock star's daughter defending his honor. Charlie Sheen got angry — again. Rihanna got angry — again. People continued to call out Ariana Grande. Oh, and of course there was some Kardashian drama to "keep up" with.

Check out some of the most memorable Twitter feuds of 2014.

People have been talking about Ariana Grande for all of 2014, but this feud with Bette Midler was more than a little bit random. I never expected to mention those two names in the same sentence, let alone imagine the two divas "Twitter feuding."

In an interview about Grande's AMAs performance, Midler cast the first stone when she remarked, "You don't have to make a whore out of yourself to get ahead." Obviously, that comment did not sit will with Grande, and the singer threw some shade on Twitter in response. The text read, "all love here," but the shade was in the photo which showed an old picture of Midler in a scantily clad outfit.

The war finally ended with Midler tweeting, "About my screed on @ArianaGrande, all I can say is, "Spoken like a reformed old whore! She does have a beautiful voice, on a couch or off." I don't see the word "sorry" in that tweet, but it may be an apology. There's nothing wrong with having artistic talent and dressing sexy. Do what you want, ladies.

Rihanna and Charlie Sheen are always embroiled in some sort of controversy. I just can't imagine them running in the same social circle, so I never expected a beef between these two. Sheen's former fiancee Scottine Sheen (aka Brett Rossi) is a huge Rihanna fan and wanted to meet the singer, but it did not work out.

Charlie Sheen was very angry about Rihanna's snub and he went on a Twitter rant for multiple tweets — even resorting to using the TwitLonger app that allows users to share long messages on Twitter. One part of the rant read, "Here's a tip from a real vet of this terrain. If ya don't wanna get bothered DON'T LEAVE YOUR HOUSE! And if this 'Prison of Fame' is soooooo unnerving and difficult, then QUIT, junior!" Getting serious with the all caps there.

Rihanna threw serious shade at Sheen by changing her Twitter banner to a photo of her signing an autograph for a fan with Charlie Sheen's face super imposed on top. She also tweeted about an "old queen" without calling out any specific names. You just can't mess with Rihanna. She is the master of throwing shade.

This year wasn't the first time that Chelsea Handler and Nick Cannon had a war with words, but I hope it's the last. Handler made fun of a photo shoot Cannon did with Mariah Carey, and he attacked the comedian in a series of mean tweets. Handler even said, "I don’t want to start another feud with Nick Cannon! Because I had a feud with him last year that he started and I didn’t really know we were in and that really knocked the bottom out of me.” Well, I guess that did not work out as planned.

After an interviewer mentioned Kurt Cobain and Amy Winehouse, Lana Del Rey responded saying, in part, "I wish I was dead already." This rubbed Kurt's daughter Frances Bean Cobain the wrong way and she went on a Twitter tirade against Del Rey by saying,

I'll never know my father because he died young, and it becomes a desirable feat because people like you think it's "cool." Well, it's f--king not. Embrace life, because you only get one life. The people you mentioned wasted that life. Don't be one of those people. You're too talented to waste it away.

Del Rey clarified her previous statements by tweeting, "It's all good. [The interviewer] was asking me a lot about your dad. I said I liked him because he was talented, not because he died young. The other half of what I said wasn't really related to the people he mentioned. I don't find that part of music glam either." It was nice of Del Rey to apologize and I just hope it's really "all good" now.

I guess Madeleine Albright is not a Conan O'Brien fan. O'Brien tweeted about dressing up as a "slutty Madeleine Albright" for Halloween and it did not sit well with the former Secretary of State. The two went back an forth with the insults. Albright wrote, "Never get into a word war with a diplomat. We talk even more than comedians." and O'Brien gave in to defeat by responding with, "Damn - Whenever I go toe to toe with @MadeleineAlbright, she always wins." This is the most random and entertaining Twitter feud of the year by far in my opinion. It also makes me wish that Albright had more of a social media presence. I can't help but love a woman who is both smart and funny.

I was really upset when two of my favorite rappers, Iggy Azalea and Snoop Dogg, got into a beef this year that spanned both Instagram and Twitter. The Doggfather posted a series of memes making fun of the "Fancy" singer's appearance. It soon escalated with them both trading harsh barbs on Twitter. T.I., Azalea's mentor and a longtime friend of Snoop Dogg, stepped in to squash the beef.

Later, Azalea deleted most of her tweets though because she did not want the nastiness to remain on her profile. Good for her trying to take the high road. The two of them should just capitalize on the scandalous publicity and release a joint single— T.I. can even produce.

This one is a little different than the other Twitter feuds because it's not about what was said, but more about what was not said. Sisters Jessa and Jill Duggar are famous for appearing on their TLC reality show 19 Kids and Counting. They are known for having a large yet close-knit family. Now Jill has stopped following her sister Jessa Duggar on Twitter. It is very noticeable in the above screen shot since Dillard does not follow many accounts. What could be the issue here? It is very unclear, but I hope it can be resolved before the family gets together for their Christmas celebrations.

When Rob Kardashian's ex-girlfriend Adrienne Bailon did yet another interview which included their old relationship, then she said that she did not want to be associated with the famous family anymore, Kim Kardashian tweeted, "So sad when people try to kick my brother when he is down #FamilyForever." Kim then took it further by claiming that Bailon dating her brother is what brought her into the spotlight in the first place. Burn.

This is an epic Twitter feud to end the list as it involves not two, but four celebrities beefing. And it's oh-so-complicated. Let's start at the beginning. In September 2014, Taylor Swift spoke to Rolling Stone and revealed that her song "Bad Blood" was about a female pop star who tried to "sabotage an arena tour." Everyone jumped on this and it was highly speculated that Swift was talking about Katy Perry. Perry then tweeted a Mean Girls reference comparing someone to fictional character Regina George. I thought it was over until Swift made some Regina George references in her "Blank Space" music video.

And this is when Diplo started tweeting about Swift's lack of behind saying, "Someone should make a kickstarter to get taylor swift a booty." Oh and Lorde, Swift's best friend of the moment, decided to jump in and talk about how Diplo has a small penis.

If you're confused, I don't blame you. That was quite a bit to take in. All four of them should just get together for a musical collaboration and end the bickering. The four artists are so different from each other that it would be very interesting for them to come together on a track. That would be the perfect solution to end this all. Compose songs, not tweets.

I don't know how celebrities got passive aggressive, or even just plain aggressive in the pre-Twitter era, but I love the drama and cringe when it crosses the line. Either way I am sure 2015 will be full of just as much Twitter feuding as 2014. And you can bet that I will be following it all.

More like this
Kanye West Apologizes To Kim K "For Any Stress I Have Caused" In Rare Interview
By Jake Viswanath
Kanye West Revealed The High Percentage Of Time Kim Kardashian Raises Their Kids
By Brad Witter
Khloé Kardashian Debuts Baby Boy On 'The Kardashians' Season 2 Premiere
By Jake Viswanath
Everything To Know About Taylor Swift’s 10th Studio Album, 'Midnights'
By Grace Wehniainen and Jake Viswanath
Get Even More From Bustle — Sign Up For The Newsletter