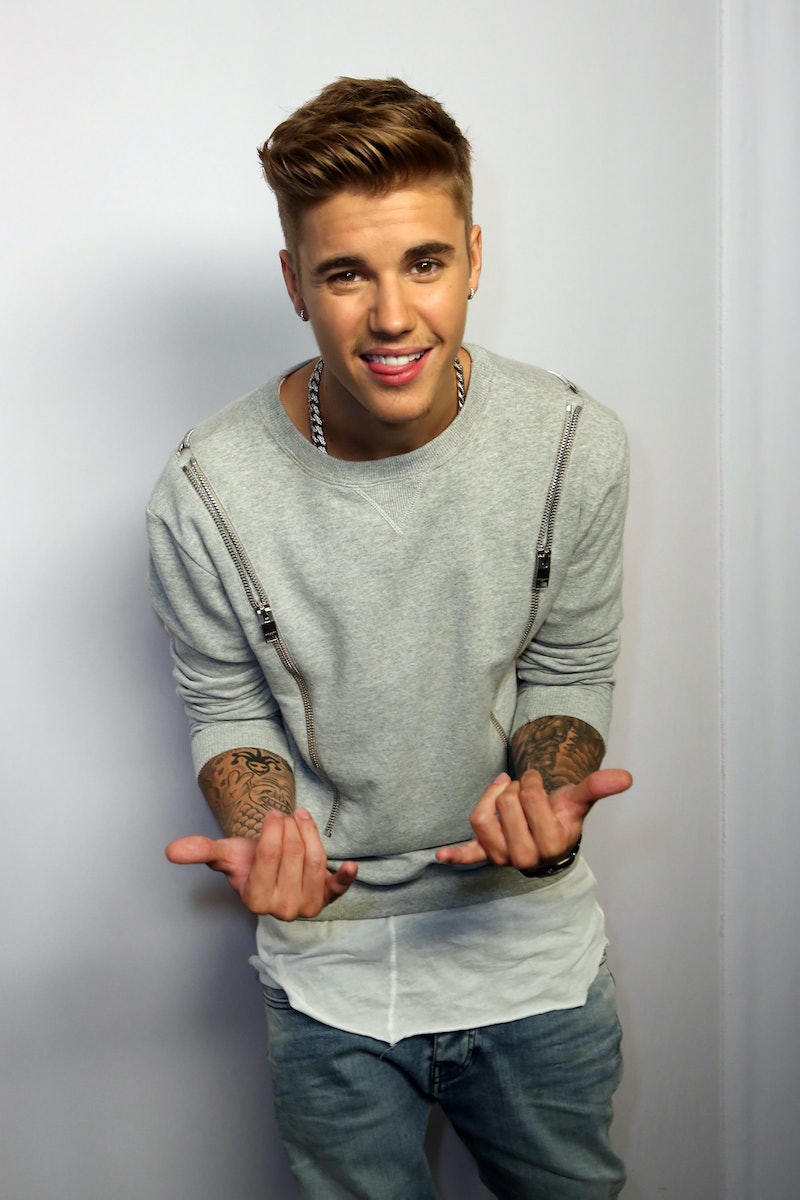 People who live in glass houses shouldn't throw stones — or eggs in the case of Justin Bieber's ridiculous new glass house. According to TMZ, the singer just moved into a Beverly Hills home renting at $60,000/month. Apparently, it's a short-term lease, which will probably make his neighbors happy. After all, we don't need another Bieber egg-gate on our hands. For those unfamiliar with that term, Bieber got in some trouble after egging his former neighbor's house in January. He ended up paying over $80,000 in restitution. Let's hope he'll be better behaved in his new household.

Bieber's new house is said to be 6,537 square feet with a seven-car garage, six bedrooms, and seven bathrooms. As you can see from the photos below, it looks like a house from the future with lots of windows. Heads up Bieber: don't walk around naked, or you will most likely get snapped in the nude. I don't really care for the design, but it does have one gorgeous view. Also, can you imagine cleaning those windows? Of course, Bieber won't be doing it himself and will, most likely, hire a professional. He truly better hope someone doesn't bust out any eggs, because the yolk and shells sliding down those windows will just be one big mess.

Now, let's check out his new not-so-humble abode that's clearly made for one person.