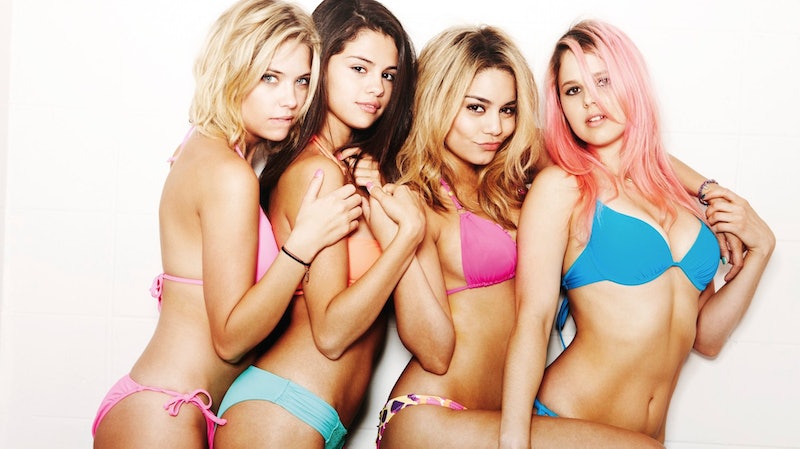 Breaking news: IMDb has released their list of the 100 worst movies of all time, and the number one pick is Kirk Cameron's Saving Christmas . If you were surprised and/or actually expected Cameron's religion-centric movie about the true meaning of Christmas (spoiler: it's Jesus) to actually be a blockbuster hit, please let me live in the fantasy world you're obviously from because it sounds like a really nice place. The film got horrible, horrible reviews, but aside from Saving Christmas, there are 99 other truly terrible films that made the cut, and I can't help but think that they're missing a few of the worst ones.

Not to say that I don't agree with the list — there are plenty of stinkers that made the cut, like Glitter and From Justin To Kelly, both of which have been lauded for years as bad movies. But I've seen a few hundred movies in my day, and I have some I'd like to contribute to that list. IMDb, listen up, because you should probably reconsider the rankings you've configured to include these 7 "films." And yes, while they're bad, they hold a near and dear place in my heart. Ah, Hollywood.

I wanted to love this movie. I really did. I love Ashley Benson and Vanessa Hudgens, and once Selena Gomez breaks up with Justin Bieber, I will love her too. And despite the fact that my friends caught this one in theaters and warned me not to see it, I still rented it from Redbox and watched it with an open mind. Unfortunately, though, I really should have taken my friends' advice. It was bad. Off the charts terrible, in a way that makes me never want to go on spring break again. I'm still having nightmares about James Franco as a drug lord.

Another movie I wanted to like, since I'm predisposed to love anything and everything involving Emma Watson. It was truly disappointing, though, and at one point, while watching it, I fell asleep. I woke thinking, "I'm watching a movie about a group of teenagers breaking into Paris Hilton's house and stealing her belongings. This should not be putting me to sleep." Sadly, that's exactly what happened, and I will never be able to get that hour and a half of my life back.

Every Disney sequel except for Toy Story 3

Why mess with a good thing? Disney has a knack for creating sequels to your childhood favorites that actually ruin the original story, so it's best to pretend like those sequels never happened. Cinderella 2 — I'm sorry, who didn't get enough closure from the first part? Does "happily ever after" mean nothing to you? And Pochahontas 2? Also terrible. Bambi 2? Are you serious? I'm cringing at the thought of a second Frozen movie, and as much as I adore the first one, I'm considering skipping the sequel altogether because of Disney's track record.

Speaking of sequels, the only one that's worse than what Disney can come up with is an ABC Family rendition of the best movie ever made. Since it was a made for TV movie, the crude humor had to be dialed back, and I think they forgot that was part of what made the movie funny. The other part that made the movie funny was Tina Fey's writing and the original cast, neither of which were present for the second movie.

Remember the time Lindsay Lohan portrayed Elizabeth Taylor? Neither do I, because the memory has been repressed as my brain's way of protecting me from the damage that was done while I was watching it. I was so busy cringing for the entire 90 minutes that I was worried my face was going to be stuck that way.

The entire Step Up franchise

You know, except for the first one starring Channing Tatum. But all subsequent movies were a terrible idea. Seriously, who is still going to see these that they continue making them? Please stop.