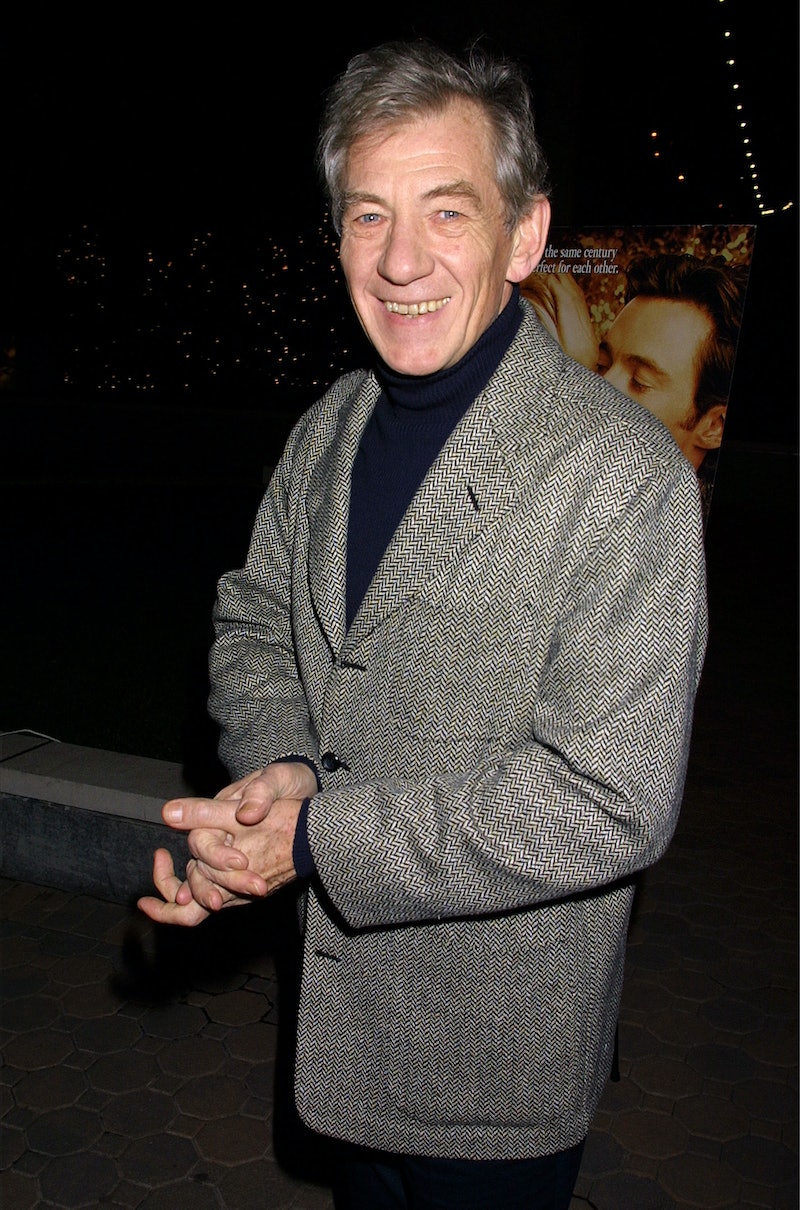 Stop what you're doing right now, because this is a must-see interview. While recently appearing on The Graham Norton Show, Sir Ian McKellen let his inner One Direction fan shine and it's absolutely amazing. Not only did McKellen aka Gandolf from Lord of the Rings and The Hobbit sport a 1D shirt (for real), but he also gushed about the band, who was also on the BBC America talk show. Apparently, the two huge talents were supposed to get together some time back, but it never happened. McKellen remedied that by attending one of their shows. He revealed,

You were meant to come see us filming the day after your final concert, so I thought I would go and have a look at them, see who they are. Very enjoyable. Thank you. It was a very small show. It was just you, no fireworks or anything.

The members of One Direction also gushed about McKellen, especially Harry Styles, who even cuddled with the actor. OK. Who else is jealous? Now, I'm not talking about cuddling with Styles, I'm referring to the fact that Styles was sitting so close to McKellen. What a lucky guy.

The clip ends with the two snuggling and Styles declaring about McKellen, "You're amazing!" McKellen quickly adds, "So are you."

Who would've thought McKellen would adore a popular boy band so much? It's fantastic.