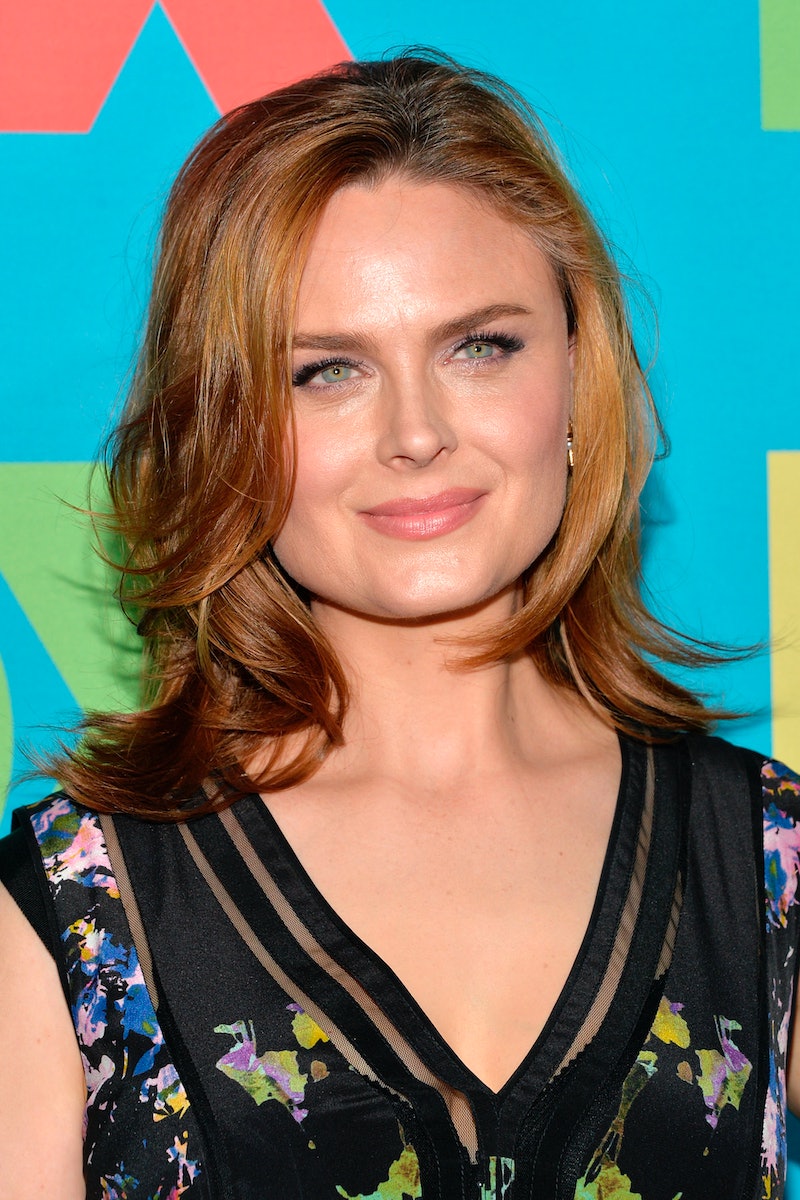 Here's some sweet news to start off your morning with! According to various reports, Bones star Emily Deschanel confirmed that she is expecting her second child with longtime husband David Hornsby, after she showed off her budding baby bump at a Hollywood event last night.

This news, though extremely happy, comes as a slight surprise to those following Deschanel in recent years: Before last night, there have been no obvious signs of a pregnancy or hints at Deschanel trying to expand her family — with a baby anyway. Back in September of this year, Deschanel did tell People that she wanted to get her son a pet saying, "It’s something I really want for him, but we have a lot on our plate already." Considering she's pregnant now and will likely have a lot more on her already full plate, it looks like the Bones star and her family will have to wait to add a furry friend to her already-busy life.

Speaking of Bones: Though there's been no indication of the series writing Deschanel's newly announced pregnancy into the storyline, it is worth wondering whether or not it will happen. Last time Deschanel was pregnant, back in 2012, the show did incorporate her pregnancy into the plot and had her character, Temperance Brennan, become a mother — is it plausible that Deschanel's real-life happy news could translate into baby no. 2 for Bones as well?

After all, though it is unclear when the baby is due, by the looks of things she seems to be in the early months of pregnancy — it could be possible!

More like this
Kaley Cuoco Was Set Up With Her New Boyfriend Tom Pelphrey By Her Manager
By Hugh McIntyre and Jake Viswanath
Paul Mescal, Man Of Mystery
By Samantha Leach and Heather Hazzan
The 'Reasonable Doubt' Cast Includes A 'Save The Last Dance' Reunion
By Grace Wehniainen
Devi Is Going To Meet A “Smoldering Bad Boy” In ‘Never Have I Ever’ Season 4
By Jack Irvin and Gabrielle Bondi
Get Even More From Bustle — Sign Up For The Newsletter