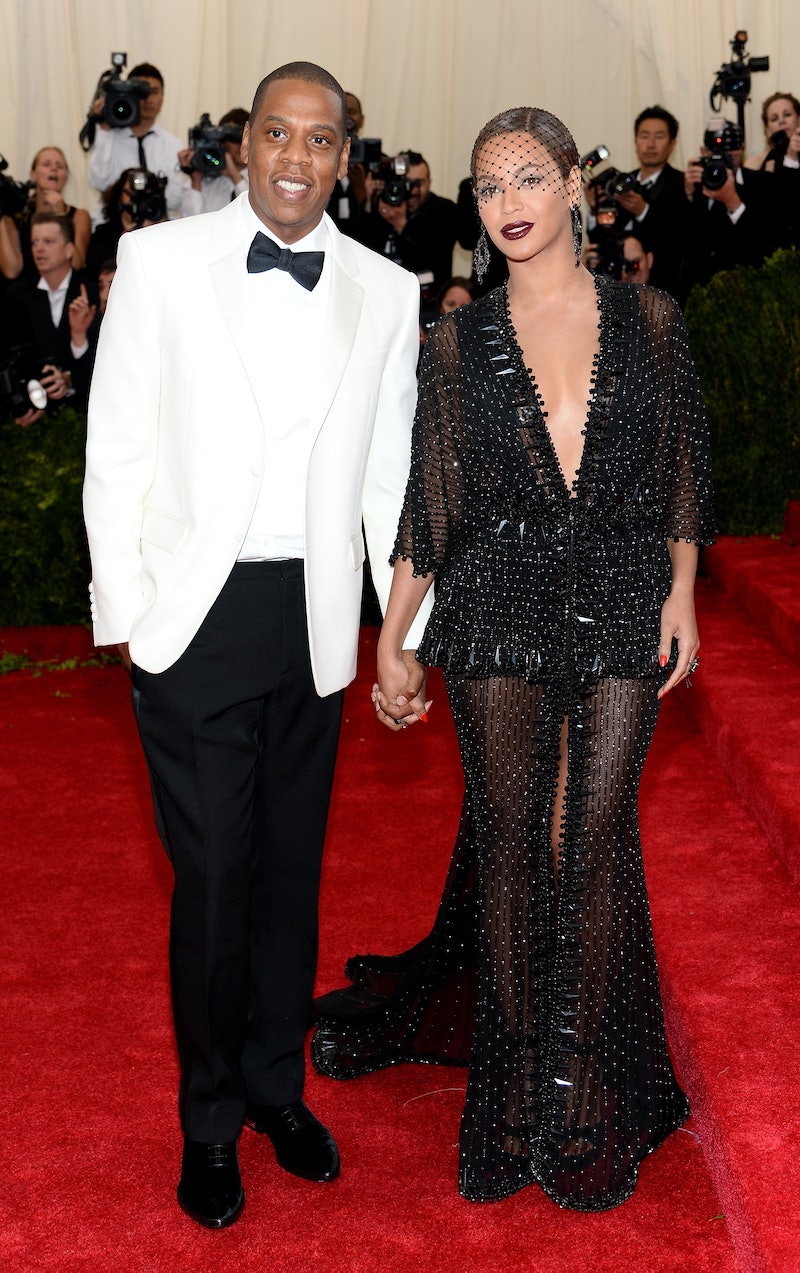 As she declared on her 2011 album 4, Beyoncé likes to party. And, seeing as how Queen Bey's 52 Grammy nods officially ranks her as the most Grammy-nominated female artist in history, there's no time like the present for her to let her hair down and have some fun. Well — some more fun, because clearly she's an expert when it comes to relaxing and enjoying the hard-earned fruits of her labor. As if this week couldn't get any better for her, Beyoncé and Jay Z are reportedly in Iceland celebrating Jay's 45th birthday, and based on their purported itinerary, it sounds like the most awesome birthday trip ever.

According to US Weekly, the couple flew in on Monday and are currently kicking their heels up at a swanky resort in South Iceland. The "Drunk in Love" singer and her hubby spent Dec. 4, Jay's actual birthday, at the Blue Lagoon Geothermal spa which is situated in a lava field. Reportedly, they also have plans to take a helicopter ride over an active volcano.

A spa day and getting up close and personal with a volcanic eruption in an exotic location definitely fits right in with Bey and Jay's superstar lifestyle, but how does this trip measure up to some of the birthday gifts they've exchanged in the past?

Because Beyoncé's into upgrading her man, she reportedly bought Jay a $2 million Bugatti for his 41st birthday, which goes perfectly with the vintage Rolls Royce he bought for Bey's 25th.

For his wife's 33rd, Jay shared a video montage of Beyoncé moments, which was sweet but the accompanying dreamy trip to Corsica looked like it was even sweeter.

Yeah, Jay Z, that's very impressive. For the rapper's 43rd birthday, Beyoncé dropped $5 million on a Hublot watch, which is said to be the most expensive timepiece in the world.

So, that proves it: Basically, Beyoncé and Jay Z have the birthday gift-giving game on lock. None of the gifts can outdo the other — as usual, they get it right every time.Images: Giphy (3)

More like this
Beyoncé’s Special Tribute To Sister Solange Was Both Touching & Hilarious
By Stephanie Topacio Long
Kanye West Apologizes To Kim K "For Any Stress I Have Caused" In Rare Interview
By Jake Viswanath
Adam Levine Denies Having An Affair — But Admits He “Crossed The Line”
By Jake Viswanath and Radhika Menon
Everything To Know About Taylor Swift’s 10th Studio Album, 'Midnights'
By Grace Wehniainen and Jake Viswanath
Get Even More From Bustle — Sign Up For The Newsletter